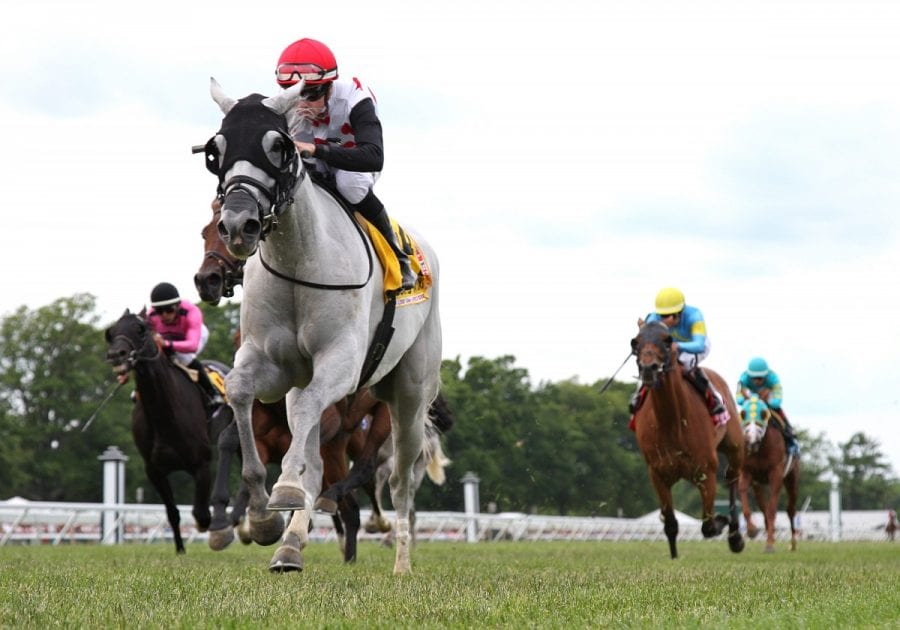 Live Oak Plantation’s World Approval sat off the early speed of Cement Clement before overtaking that foe around the final turn and kicking clear to a length and a quarter score in the Grade 1 United Nations Stakes at Monmouth Park on Sunday afternoon.

Longshot Cement Clement bounded out to an early lead in the turf marathon and was tracked closely by the winner. In the third and final turn, World Approval pushed past the pacesetter and held Money Multiplier safe at bay through the straight.

Trained by Mark Casse, World Approval covered the mile and three-eighths over “good” turf in 2:14.66 as the second choice in the field of 10 colts and geldings. The winner returned $7.40, $3.80 and $2.80. Money Multiplier completed the $41 exacta and paid $5.40 and $3.60. It was another length and three quarters back to 1.90-1 favorite Wake Forest, who paid $2.40 to show. Triple Threat, who hesitated at the start and spotted the field several lengths, rallied for fourth.

“We sat the perfect trip,” said winning jockey Florent Geroux. “On paper it looked like the two horse (Cement Clement) would be going to the lead, so we let him set the pace for us. The only question was whether he could go that far since this was his first time going that much distance, but he showed he can do it and he did it well. When I asked him at the quarter pole he responded nicely.”

A 4-year-old homebred gelding by Northern Afleet from the With Approval mare Win Approval, World Approval improved his record to 6-2-3 from 15 starts. The winner’s share of the $300,000 purse pushed his lifetime earnings to $853,450.