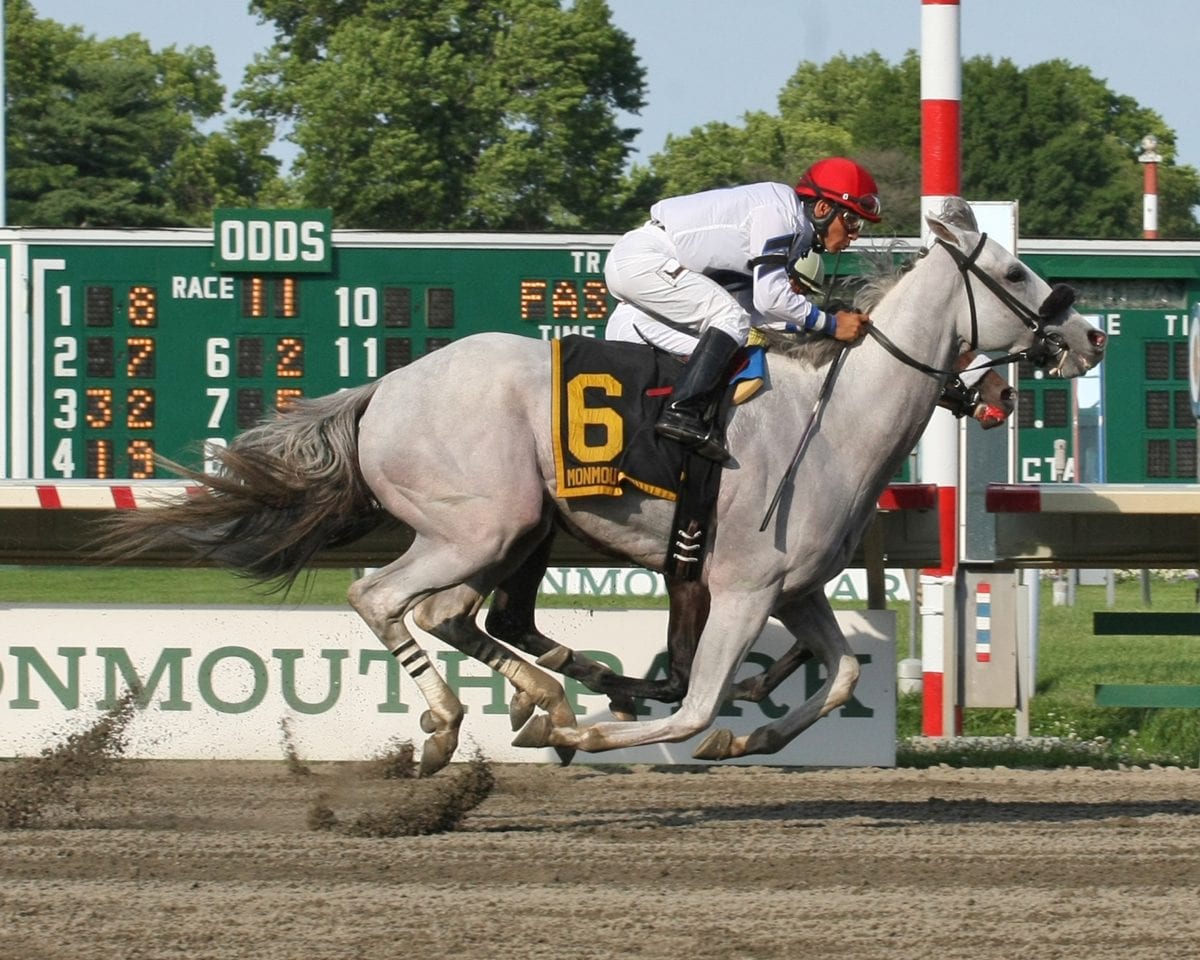 Comfort takes his second try at graded stakes glory when he takes on five other rivals in his inaugural try at Monmouth Park in Saturday’s Grade 3, $100,000 Salvator Mile, going a mile on the main track.

“He has been training really well here after his win last time out,” said Anthony Sciametta, assistant to trainer Todd Pletcher. “Even before that win, he was working good down in Florida too.”

Owned by Eclipse Thoroughbred Partners, the 4-year-old colt by Indian Charlie out of the A.P. Indy mare Unkatzable is coming off a late-storming, two and three quarter lengths victory in his 2016 debut in a $62,000 allowance optional claiming event at Belmont Park on May 29 after sitting third up the backstretch before grabbing the lead at the top of the lane.

Comfort has worked three times since his latest score, all at Monmouth Park. His last coming on June 26 where he went four furlongs in :49 flat.

“He will probably sit back and look to make one good run,” said Sciametta.

Prior to his Belmont win, Comfort finished off his 2015 campaign with a four and a quarter length win in similar late-running fashion going six furlongs in a $62,000 allowance optional claimer at Gulfstream Park West on Nov. 13.

Comfort’s stablemate Nonna’s Boy, who has been training up at Saratoga, will break from the rail in the Salvator Mile. His only race at Monmouth Park came on the turf when he won last year’s Lamplighter Stakes on July 18.

Also entering the gate with the Pletcher duo is Mr. Jordan, from the Eddie Plesa Jr. barn. He is coming in off a third place finish in a $35,000 handicap at Tampa Bay Downs on Feb. 13 and prior to that, a second place finish in the Sunshine Millions Classic at Gulfstream Park on Jan. 16.

against Triple Crown winner and Horse of the Year American Pharoah.

Joe Bravo will be aboard Comfort for the first time on Saturday, as Chris DeCarlo rides Nonna’s Boy and Paco Lopez pilots Mr. Jordan.