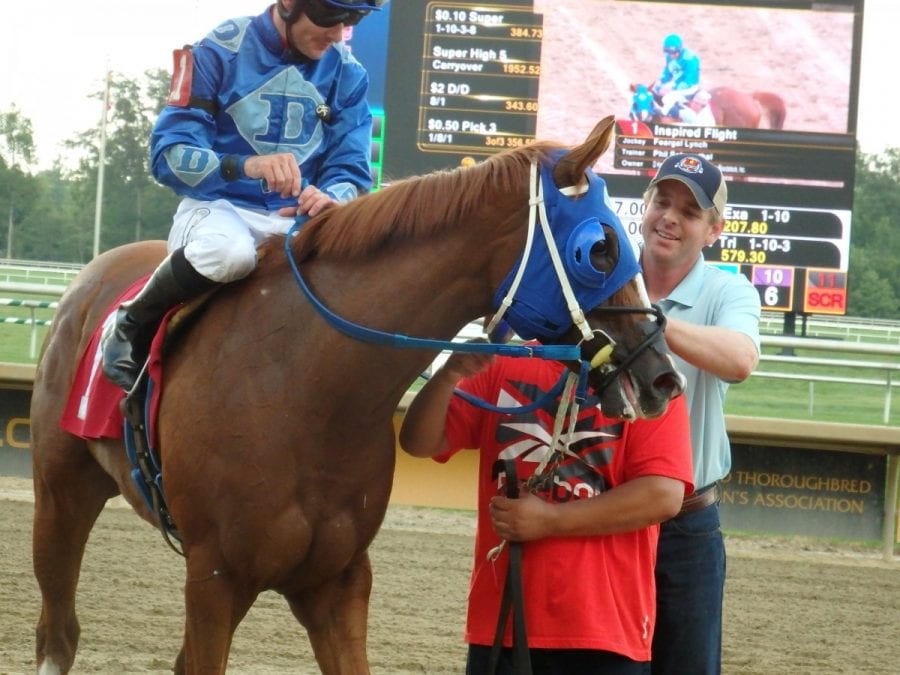 We loved the horse all along coming into the race. I thought we had a rock star… If we just broke and got up to the front, we knew we were going to be tough to beat.  She broke slow, rushed up in there, got headed in the lane, the horse bumped her and she came back, fought up thru there — just a rock star effort from a nice horse… Anytime you can pick a horse out as a yearlng, bring it along all winter, train it up, and win your first race in a field like this, it’s an awesome feeling… I felt like whoever won this race and left today without a maiden status would be in a stakes race next time out.