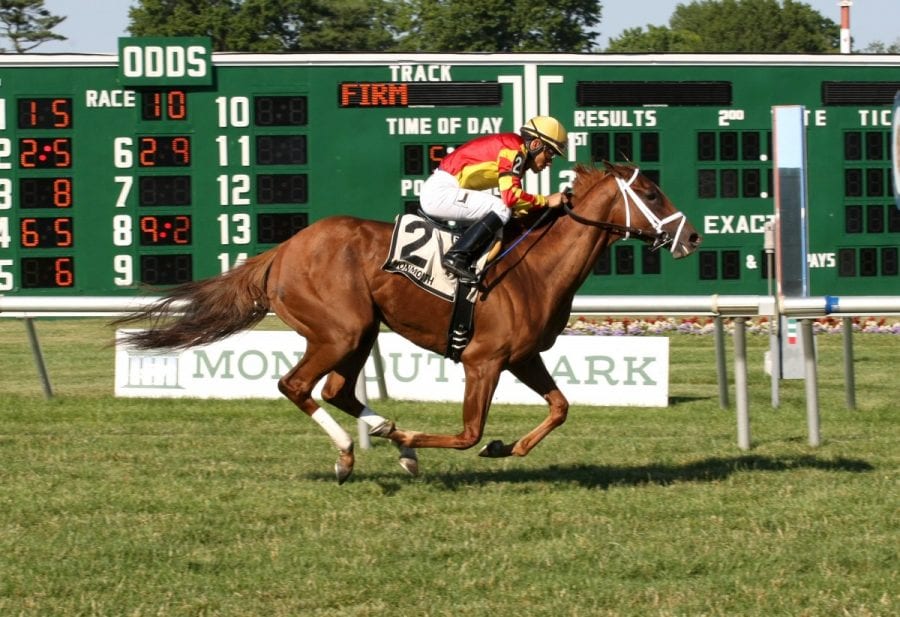 Siena Farm LLC’s Isabella Sings went right for the lead out of the gate and never looked back, posting a three-length, wire-to-wire victory in the Grade 3, $100,000 Eatontown Stakes at Monmouth Park Saturday afternoon in front of a raucous crowd of 16,461.

“I just wanted to break sharp and see where she placed herself,” Lopez said. “There wasn’t a whole lot of speed in the race and she was nice and relaxed in front. She was just the best horse in the race.”

Trained by Todd Pletcher, the 4-year-old filly by Eskendereya out of the Lomitas mare Isobel Baillie made it two in a row over the Monmouth Park turf after taking the Miss Liberty Stakes on May 29. She is now 3-for-4 at Monmouth Park and with this win, boosts her record to 6-4-0 in 15 career starts, good for earnings of over $400,000.