In Focus: Mid-Atlantic Day at Pimlico 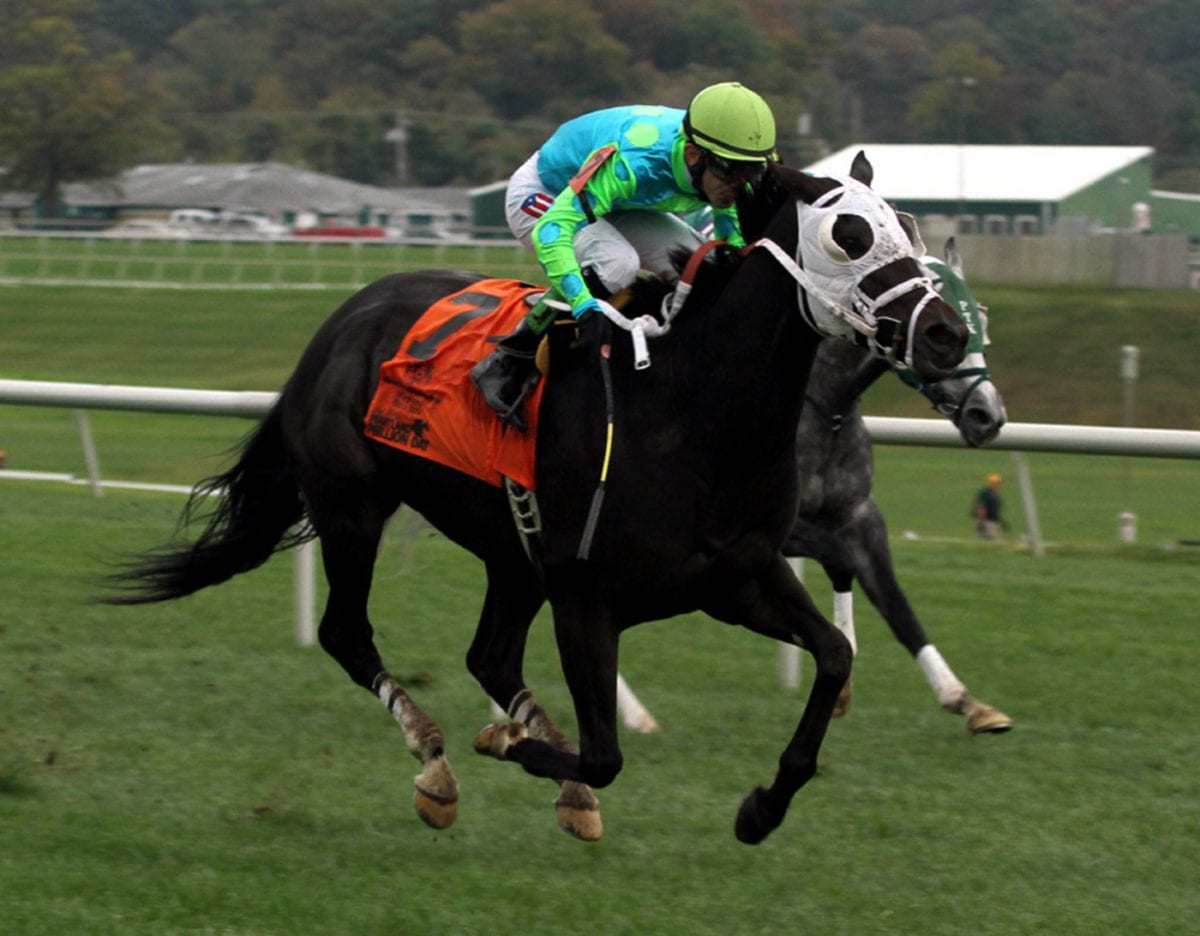 
Saturday’s Pimlico card features five stakes races, three for Virginia-bred/Virginia-sired runners and two for Maryland-breds.  We gathered our experts to talk about the races.  To hear a podcast of their discussion, click here.

Our ‘cappers say: This one plays to form as favored #7 Rose Brier holds off second choice #4 Special Envoy to earn the win… Rose Brier impressed winning the Henry S. Clark in Laurel record time and did nothing wrong in finishing a game third in G3 company… Special Envoy a steady hard-hitter who has finished behind the choice twice recently, including when fifth in the Henry S. Clark… If there’ll be value to be found, look for it in the show spot – top two look like free squares…

Our ‘cappers say: Familiar names square off, and two of three go with 2014 All Brandy winner and ’15 runner-up #3 Vielsalm in this spot… Vielsalm ran a super-game second, beat a head, in the G3 Gallorette last out at 76-1; worth noting that winner Mizz Money ran up the track in her next, finishing last of 10 in G3 company… Count a vote for #5 Monster Sleeping to Derby Bill; Oratory mare was nowhere in the Gallorette but owns 10 career wins, two in the Maryland Million Ladies, and has over $500k in the bank… Second choice #1 Ginger N Rye owns three wins, three seconds from 10 tries, and Sagamore runner still has plenty of upside… Look to #2 Candida H. and #4 Northern Smile for outsider possibilities; former figures to show speed here, fits on class, and recorded then-best-ever Beyer in only prior turf try, sprinting; Trombetta runner could be a handful if she handles the stretch out… Northern Smile gave a good accounting of herself when third in first start for new barn last out, and two back she finished well ahead of Ginger N Rye when second a neck to solid runner Amizzen Grace; Edgar Prado in the irons never a bad sign…

Our ‘cappers say: Big field with some talented runners, but the best of all might be the filly #5 Exaggerated… Lael Stables runner won the Giant’s Causeway at Keeneland two back and did nothing to disgrace herself when third, just a head from second, behind the freakishly good Lady Shipman; Forest Boyce owns one win from one start on this gal… Susan Cooney trainee #9 Made Bail got his first turf win two back and was a respectable fifth in the Pennsylvania Governor’s Cup with runners like Ben’s Cat, Spring to the Sky ahead of him… #10 Moon River won the Jamestown at first asking back in ’14 but hasn’t found the wire first since; Sheppard trainee was second a neck last out… Four-year-old #8 Hooligan, a Wesley Ward trainee, has a similar resume, having won the the other division of the Jamestown that same day but is working on a six-race losing skein… #11 Joe Tess made his first start on the lawn in over a year last out when second a nose; winner Came Back, one of two next-out winners from the race, won against $25,000 claimers in his next start… #6 Two Notch Road has won the last two runnings of the VA-bred Punch Line Stakes at Laurel — and, remarkably, ran fourth in the 2010 (!) Virginia Derby…

Our ‘cappers say: No need to look beyond the odds-on chalk here, as #1 Phlash Phelps figures to be too good, too classy for the likes of these… Rodney Jenkins trainee is the defending champ here, has won four of six career grass tries, and enters off a win… Nothing wrong with that third in the Henry S. Clark two back: it took a track record to beat him, and the horses that ran one-two there were a close-up three-four in the G3 Red Bank next out… #2 Eyeplayeveryday looms a threat off near-miss loss to the fave two back, and last out he had a useful season debut with breeding (Jazil out of a Touch Gold mare) that says the extra half-furlong can only help… For a horse working on an eight-race losing streak, #3 English Minister has run some awfully good races, and last, when he led late before getting pipped at the wire, might have been his best since coming north earlier this year — but winless ledger at the distance a cause for concern here… In his last four starts, #6 Sonny Inspired has run credible races at distances from 6 furlongs to 1 1/8 miles; Phil Schoenthal trainee has done his best work sprinting, and he figures to be a forward factor here… If the pace heats up, melts down — and with a couple of stretching-out sprinters and other early types, it could — the horse who could benefit most of all is the very formful #5 Cruise More, who has won three of four, but this will be a stern class test for a runner who has been toiling against much lesser…

Our ‘cappers say: Thirteen slated to contest the final stake of the day, and look to lucky #13 Queen Caroline for your winner… Matz trainee swung out and closed nicely to break her maiden last out on Preakness day at Old Hilltop… None of three to run back has won, but all hit the board… Blame filly never worse than second in three turf tries and gets Alex Cintron aboard… #11 Sweet Sandy impressed in winning first two career turf tries by a combined 10 lengths but more recent efforts haven’t been quite up to that level; enters off an easy win in off-the-turf contest at Delaware and still has some upside to work with… Multiple stake winner #10 Complete St. didn’t show much last out over the soft going at Great Meadow in her season debut, but there’s reason to expect a bounce-back effort here, and Horacio Karamanos, who won last year’s Brookmeade with this St. Averil mare, hops back aboard; tough meet for Karamanos to date, but he knows how to win on the lawn… #8 For Finery is winless in six tries at the distance, and it’s hard to see her getting the money, but some black type would sure do the Not for Love mare some good… #2 Magician’s Vanity has just a single win from 22 starts but has run perfectly credible races against similar, including a near-miss second to Complete St. in the Brookmeade and an OK fourth, behind Monster Sleeping, in the Maryland Million Ladies… Note incessant trouble lines for Street Magician filly, who gets Victor Carrasco in the irons for the first time…