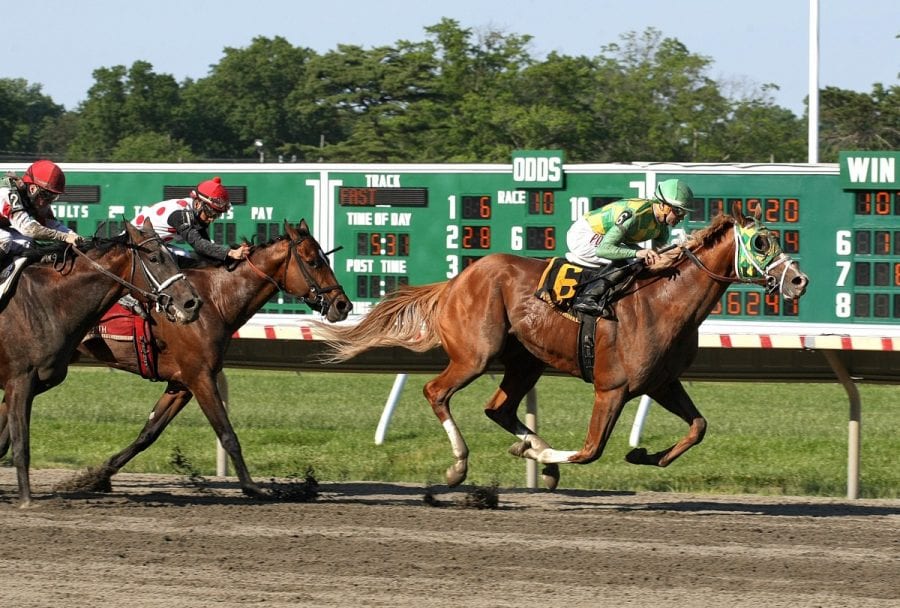 Donegal Racing’s Donegal Moon rallied up behind horses at the top of the lane before getting clear sailing and posting a length and a quarter score in the Grade 3 betfair.com Pegasus Stakes as odds-on favorite Unified faded in the lane to finish fifth.

Trained by Todd Pletcher, Donegal Moon sat at the back of the pack as Saratoga Charm carved out fractions of :23 3/5 for the first quarter mile and :47 3/5 for the half. Unified sat a perfect trip in third behind the pacesetter with an in-hand Awesome Slew waiting patiently on the rail. Around the far turn, Awesome Slew moved by the pacesetter as Donegal Moon followed that action. Unified came under pressure but was unable to advance.

Inside the eighth pole Donegal Moon drew clear of Awesome Slew and held off the late charge of Extinct Charm, who was closing well. The winner stopped the timer in 1:44 for the mile and a sixteenth over the fast main track.

“It’s so fun to ride for team Pletcher,” said winning jockey Joe Bravo. “Todd (trainer Pletcher) text me earlier and the instructions worked out perfectly. There was so much early speed in the race and the race set up great for us. In the stretch, he really came running strongly. This was a fun two days.”

In addition to his stakes score in the betair.com Pegasus, Bravo captured a stakes event at Parx yesterday afternoon and last night won the Grade 1 Stephen Foster atop Bradester.

A colt by Malibu Moon from the Giant’s Causeway mare Perfect Cause, Donegal Moon captured the first stakes win in his career in the betfair.com Pegasus. The winner’s share of the $150,000 purse boosted his lifetime earnings to $199,252.