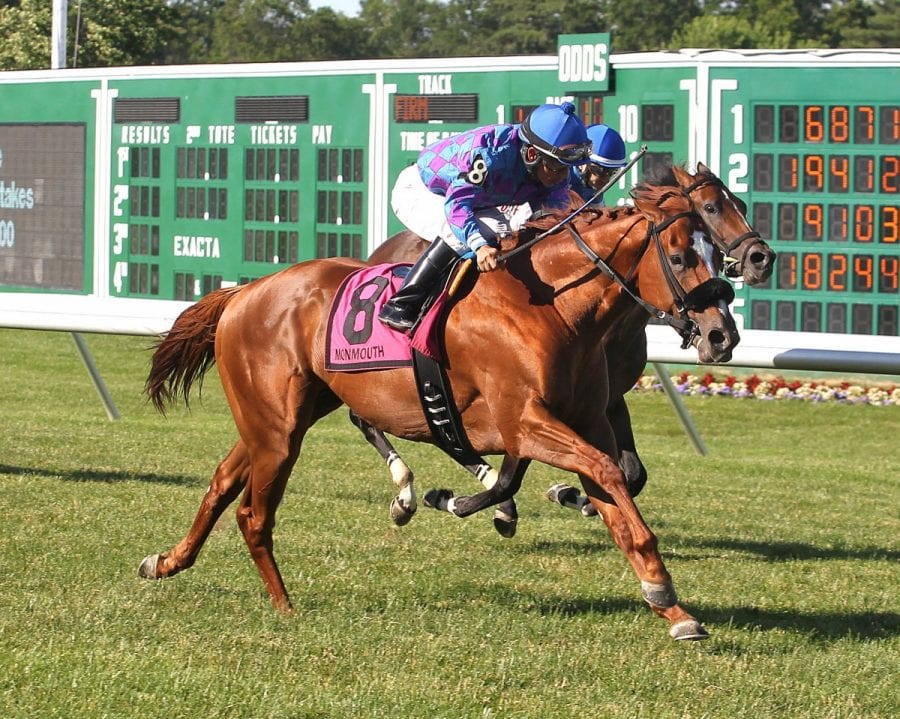 Morris Bailey’s Full Salute sat just off the early speed before grabbing command in the stretch and posting a length victory in the $60,000 Select Stakes before a crowd of 14,345 at Monmouth Park on Sunday.

“When I was on him last time we had to go to the lead, but this time I didn’t want to gun it coming out of there,” said winning jockey Paco Lopez. “It was the perfect trip in behind horses and he was just the best horse in the race.”

Full Salute, a colt by Speightstown from the Milwaukee Brew mare Mazucambera, is now two-for-two at the meet, having won on dirt on May 22 against older rivals. His lifetime mark of 5-3-0 from 10 starts is good for earnings of $260,235.