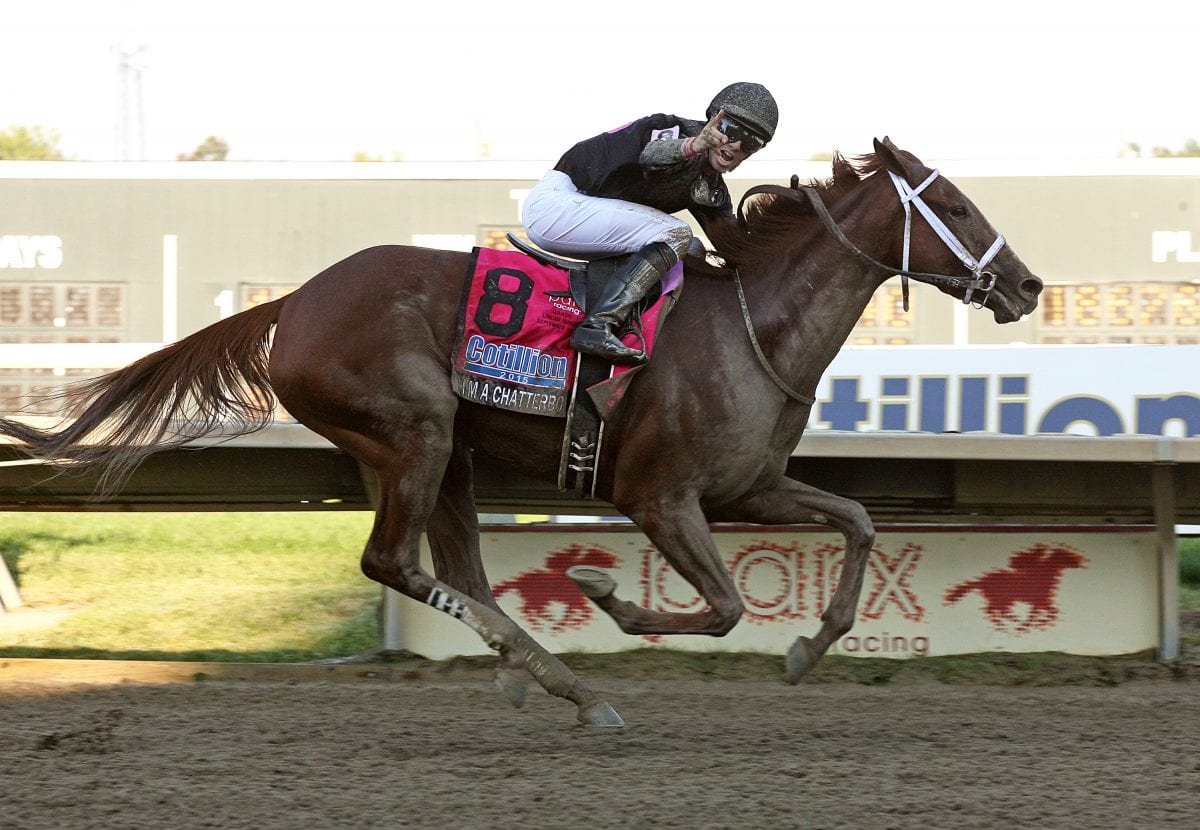 Carolyn and Fletcher Gray’s I’m a Chatterbox tops the $100,000 Obeah Stakes, at Delaware Park this Saturday, June 11, and has been tabbed as the 3-5 favorite.

The mile and an eighth affair is the local prep for the filly and summer classic – the mile and a quarter, $750,000, Grade 1 Delaware Handicap planned for Saturday, July 16.

In her only outing this year, I’m a Chatterbox ran second beaten 1 1/2-lengths in the mile and a sixteenth Grade 3 Doubledogdare Stakes at Keeneland on April 22. Last year, the 4-year-old daughter of Munnings posted a record of four wins, two seconds and a third from eight outings with earnings of $1,256,000. The Kentucky-bred won the Grade 1 Cotillion at Parx and Grade 2 Fair Grounds Oaks. She crossed the wire first in the Grade 1 Alabama at Saratoga, but was disqualified and placed second. In addition, she finished third in the Kentucky Oaks at Churchill Downs. She has a lifetime record of five wins, three seconds and two thirds from 12 starts with earnings of $1,324,614.

“She is doing real well,” Jones said. “We considered the Ogden Phipps, but she sprained an ankle about a month ago, so we ended up missing a major work that we needed for that race. But this race fell into a great spot for a backup plan, plus we get a trip over the track before the Delaware Handicap. I like that side of it. Havre de Grace did win this race the year she was a Horse of the Year and before the Delaware Handicap. Chatterbox has never got a shot run to here even though she has been spent a lot of time here, so we are really looking forward to it.”

She will be facing a short, but solid field in the Obeah.  Last year’s Grade 3 Delaware Oaks winner, Calamity Kate (3-1), returns to the scene of her greatest victory for trainer Kelly Breen and will have Trevor McCarthy in the irons.

Locally-owned by Jane and Harry duPont’s Christiana Stables, Obeah won the Delaware Handicap twice in 1969 and 1970 and was the dam of the Hall of Fame filly Go For Wand.