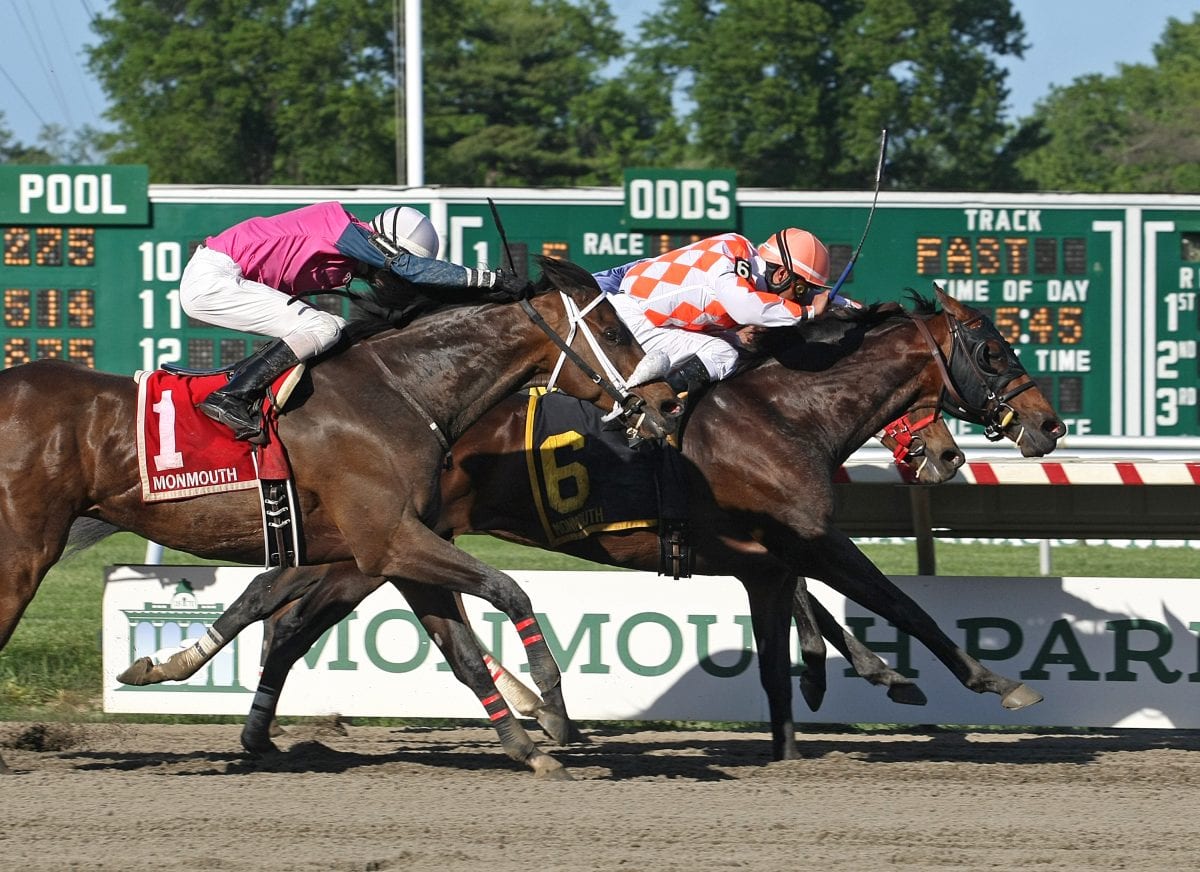 With eight months since his last start, Saucy Don looks to return with a vengeance in Saturday’s $60,000 John J. Reilly Handicap at Monmouth Park, a race he won last year in a thriller, getting up by a head.

“He’s breezing strong and he’s happy,” said Terri Pompay, who conditions the 6-year-old New Jersey-bred for Patricia Generazio. “He’s been training just great. We gave him the winter off and he’s come back real strong. The farm he was at did a good job getting him fit.”

To suggest Saucy Don is coming back strong may be an understatement. In his most recent work he zipped through four furlongs in :46 1/5 on May 20, fastest of 38 at the distance that day. Two works prior to that he fired off another bullet, that one in 1:01 for five furlongs on May 9.

“He likes to stalk the pace,” Pompay said. “He’ll be a little keen seeing as he’s training so sharply, so we’ll see how it plays out.”

In last year’s Reilly, Saucy Don stalked the pace before finally getting room in late stretch and surging to victory. Loverbil was second with Javerre another neck back in third. Javerre, a graded stakes winner, is back to try the Reilly again this year.

After capturing last year’s Reilly, Saucy Don backed that up with a win in the Dan Horn Handicap just three weeks later. From 21 career starts at Monmouth, Saucy Don sports an impressive record of 7-3-5, good for earnings of more than $300,000.

Saucy Don will have the services of Nik Juarez, who will be aboard the son of Don Six for the first time. That duo will break from post three and have been installed the 4-1 co-second choice in the field of nine New Jersey-bred colts and geldings.

Favoritism in the six-furlong Reilly belongs to Green Gratto, another graded stakes winner in the contest. Green Gratto enters the Reilly off a third-place finish in the mud at Belmont in the Diablo Stakes on May 8. Chris DeCarlo has the call.

The stakes event goes as race nine on Saturday’s 10-race program.   The field for the Reilly (with rider assignments), from the rail out, is: