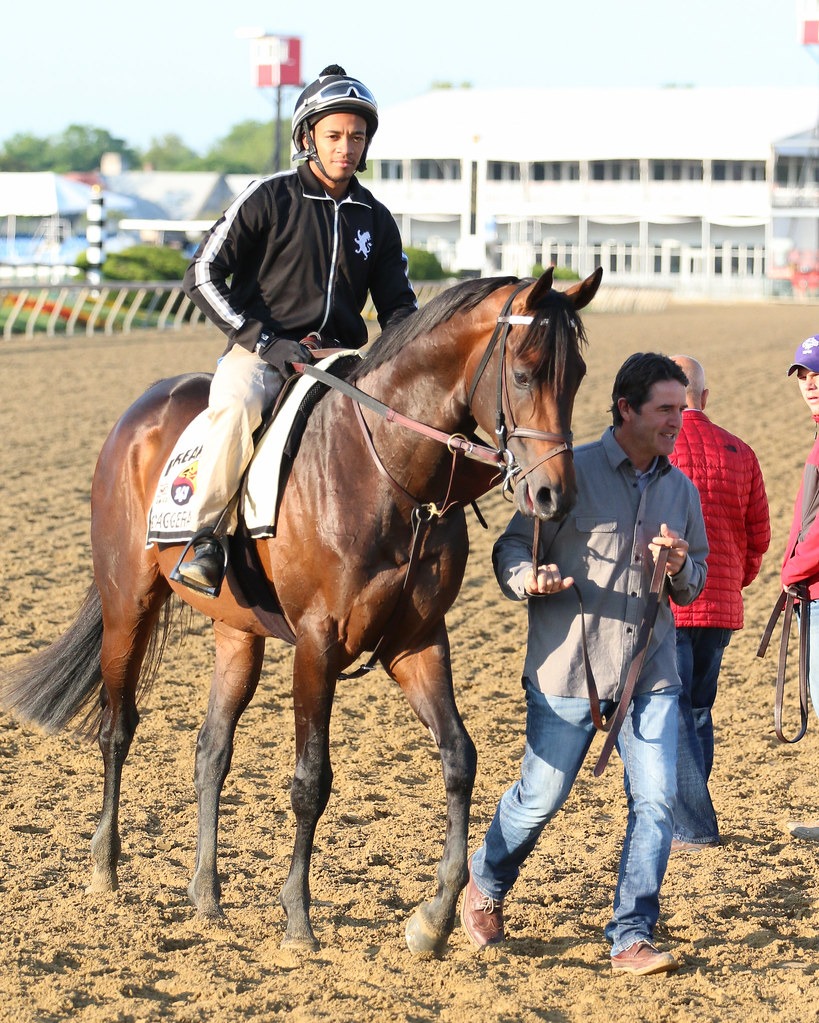 Exaggerator, the second place finisher of this year’s Kentucky Derby, is the main threat to odds-on favorite Nyquist in the Preakness. A multiple graded stakes winner, Exaggerator has scored victories in the Grade 2 Saratoga Special and the Grade 2 Delta Downs Jackpot as a two-year old. His only three-year-old victory came in the Grade 1 Santa Anita Derby which he won by more than six lengths over a sloppy track.

Favorite Nyquist has beaten Exaggerator in their three prior match-ups: in the Breeders’ Cup Juvenile Championship (4th place finish), the Grade 2 San Vincente (2nd place) and the Grade 1 Kentucky Derby where Exaggerator overcame a troubled trip from post 11 to finish second. Exaggerator also finished third in the Grade 2 San Felipe this year.

WHAT THEY’RE SAYING ABOUT EXAGGERATOR

Doug O’Neill, trainer of the odds-on favorite Nyquist, says of Exaggerator, “He’s a big, good-looking horse. He always carries his flesh well. He just shows up every race.” Exaggerator’s trainer Keith Desormeaux says “the strongest attribute Exaggerator has is his ability to recover” which should be an advantage as the Preakness is run back in two weeks. When asked if horses know whether they are facing the same horse repeatedly, Desormeaux acknowledged it was possible but said, “Exaggerator does not have one nervous bone in his body about looking Nyquist in the eye.”

Other than Nyquist, Exaggerator is the only horse in the field to have posted triple digit Beyer speed figures in more than one race. His highest Beyer — 103 in the G1 Santa Anita Derby — matches Nyquist’s 103 Beyer in the Kentucky Derby. Exaggerator’s closing style may help him on Saturday as the field has several entrants who have a front running style that should provide a hot pace. Exaggerator has also proven he runs well on an off track, and Saturday’s rainy forecast may be an additional advantage.

Exaggerator has lost each of the three prior match-ups against Nyquist. If Nyquist runs his typical race and is able to sit off the pace with a clean trip, he is the most likely winner of the Preakness.