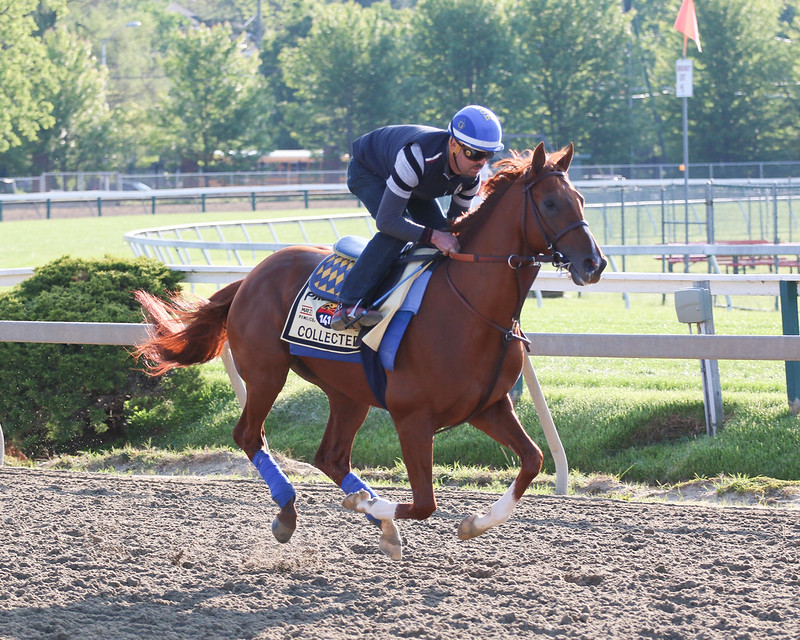 A lightly raced colt with two Grade 3 stakes wins on his resume, Collected boasts four wins in six career starts and will take a step up in class to tackle Grade 1 competitors in the Preakness.

Collected ran twice in his two-year-old season, both times on the turf. He broke his maiden at first asking in Santa Anita and then placed in the Grade 3 Cecil B. DeMille at Del Mar. In his three-year old debut, he scored an impressive victory in the Grade 3 Sham run on the dirt, racing five wide at the 7/8 poll before rebidding while three-wide. Collected has won his last two races, the ungraded Sunland Park Festival of Racing Stakes and the Grade 3 Lexington at Keeneland.

WHAT THEY’RE SAYING ABOUT COLLECTED

“He’s fast. He’s won on turf and dirt, which makes him an exceptional horse,” trainer Bob Baffert said. “The only bad race he had was in the Southwest, where he got away slow. He never got engaged and just ran fourth.” George Alvarez, who was Triple Crown winner American Pharoah’s regular exercise rider, has teamed up with Collected while he trained in Kentucky. “The horse is doing very well,” Alvarez said. “He is the nicest horse in the barn and makes it easy on us.”

Collected is conditioned by Hall of Fame trainer Bob Baffert who has won the Preakness on six prior occasions. Collected’s race record establishes that Baffert has placed the horse well in his prior starts and if anyone knows how to win the Preakness, it’s Baffert. Given his relatively light race experience, Collected is also eligible to improve.

Collected has a front-running style in a race seemingly full of front runners, which could mean that he gets swallowed up in a hot pace scenario. The Grade 1 Preakness is also step up in class and Collected has never faced such a competitive field.