Ben’s Cat set for 10yo debut 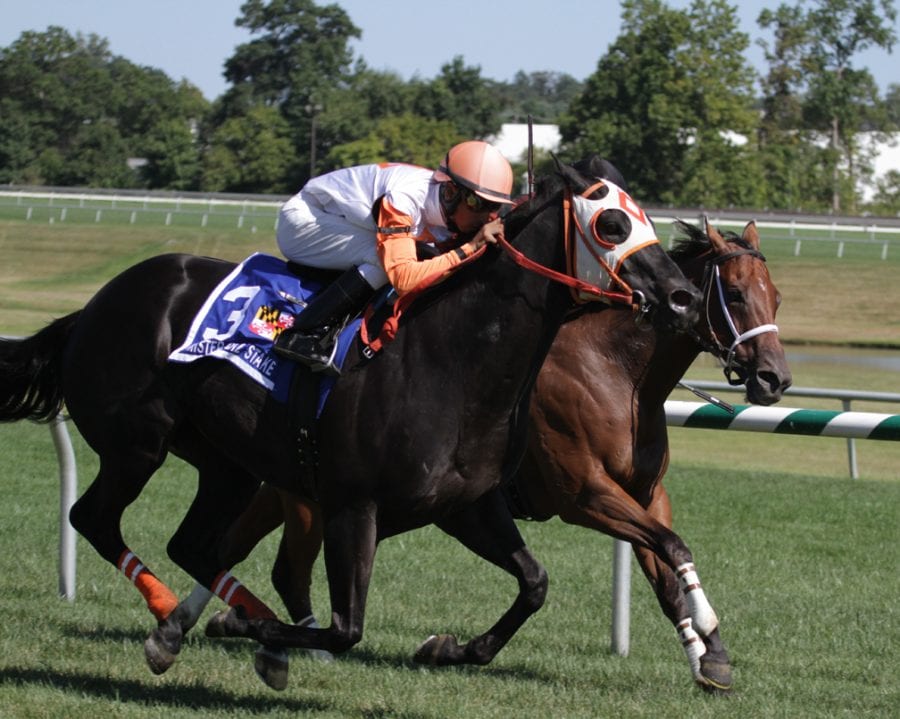 Bred, owned and trained by Hall of Fame horseman King Leatherbury, Ben’s Cat drew outside post 9 in the $52,000 allowance and will have current meet-leading rider Trevor McCarthy aboard for the first time.

“This is our comeback race,” Leatherbury said. “We were fortunate to have this race fill. He’s good. He’s doing well for an old boy. And, me too.”

Leatherbury plans to use Sunday’s race as a stepping-stone to the $100,000 Jim McKay Turf Sprint May 20 at Pimlico Race Course. Ben’s Cat has won race three straight years and four of the last five.

“I’m not expecting a big number [Sunday],” Leatherbury said. “Hopefully, I’ll get the big number in the Jim McKay.”

This will be the first start for Ben’s Cat since finishing seventh in the Fabulous Strike Handicap last November at Parx. Following his annual winter vacation, he rejoined Leatherbury at Laurel and has had seven works over the main track since mid-March, most recently going five furlongs in 1:01.20 April 22.

“He got beat in this race last year at Pimlico. We had an allowance race before the stake and he ran second,” Leatherbury said. “I’m tickled to get the big man back in action.”

Ben’s Cat owns 30 wins, 25 of them in stakes, and nearly $2.5 million in purse earnings from 53 lifetime starts, 41 of them under journeyman Julian Pimentel including 30 in a row dating back to June 17, 2012. Pimentel is expected to ride Friday at Laurel for just the second time since breaking his foot in late February.

McCarthy will be just the sixth jockey to ride Ben’s Cat and the first since Sheldon Russell was fifth in the Jim McKay on May 18, 2012. The others are Horacio Karamanos, aboard for a 2012 Mister Diz Stakes win; Jeremy Rose, up for six stakes wins between April and October 2011 including the Turf Monster (G3) at Parx; and Rosemary Homeister, whose lone time in the irons was Ben’s Cat’s first stakes win in the 2010 Mister Diz.

“There’s been a lot of riders that have been on him and won on him,” Leatherbury said. “Pimentel has a foot problem, so we’re going to Trevor. Pimentel was his regular rider and he did a really good job. At no time did I ever blame him for any problem.”