Stanford takes them all the way in CT Classic 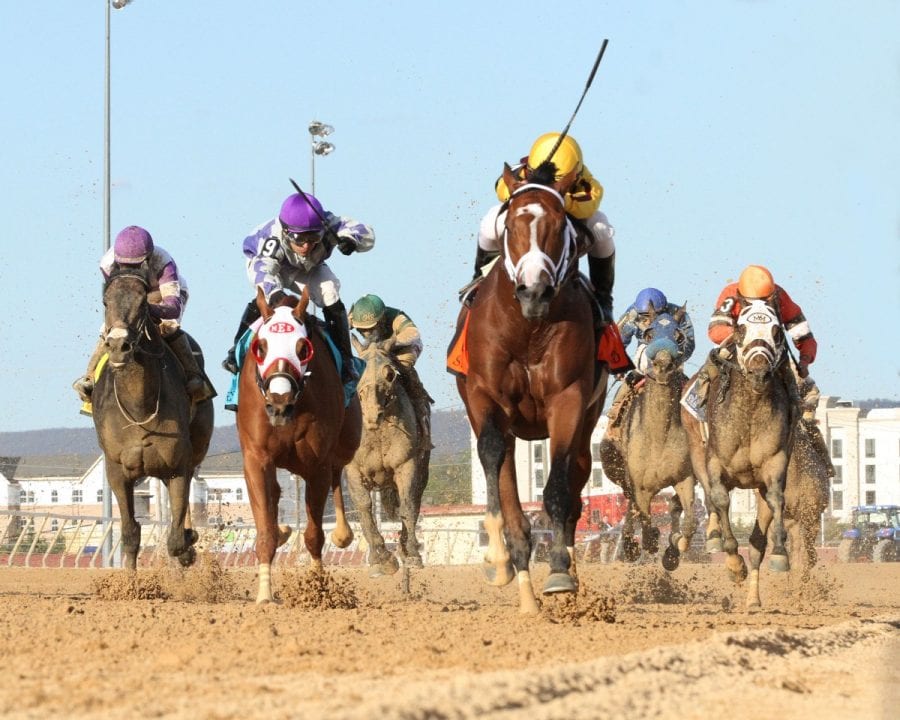 From his seat aboard Stanford, Javier Castellano wouldn’t have been able to see the tote board flash up the fractions of :24.75 and :48.86 he was able to carve out on the lead through the first half mile of the 1 1/8 mile Charles Town Classic. If he had, he undoubtedly would have had a large smile on his face prior to completing his wire to wire score by two lengths over Page McKenney. In doing so, Castellano was able to provide both himself and trainer Todd Pletcher with their second Charles Town Classic victory, having teamed up with Caixa Eletronica to capture the race in 2012.

Sent off as the 3.70-to-1 third choice, the colt by Malibu Moon owned in partnership by Stonestreet Stables, Susan Magnier, Michael Tabor and Derrick Smith broke like a shot under Castellano from post 7 and never looked back, earning $702,000 and the first graded stakes score of his career after stopping the clock at 1:50.55 for his 9 furlong journey. Castellano recognized how the way the race started and unfolded played right into his mount’s hands.

“He broke very sharp and there wasn’t that much speed in the race,” said the affable Castellano, winner of the last three Eclipse Awards as the country’s top jockey. “He broke well and I just enjoyed the ride. I thought the fractions were pretty comfortable.”

Pletcher concurred with his rider’s assessment.

“Fantastic trip,” said Pletcher. “He broke very well and got to the position we hoped for going to the first turn. He was on cruise control from there.”

Page McKenney tracked Stanford intently from the outset, and it looked like the popular Mid-Atlantic star would challenge the leader turning for home under jockey Horacio Karamanos. But once Castellano hit the top of the stretch, he felt good about Stanford’s chances with the unique configuration of Charles Town also playing to his advantage.

“A horse like that with speed, turning for home with the wire right there, I think it helped him today.”

Donworth, the 2.30-to-1 favorite in the race, was victimized by the slow pace and lagged farther behind than anticipated in the early going. The massive Doug O’Neill trainee made a bold move into the tepid fractions but could only manage to check in third, beaten 3 3/4 lengths.

Likewise, Mike Smith and Imperative were faced a similar tall task after finding themselves in eighth position a half-mile into the race. Imperative tried making the same move that garnered him the 2014 Charles Town Classic crown and the runner-up spot in last year’s race but could only do so much and closed to finish fourth, a neck behind Donworth.

As for what’s next for Stanford, Pletcher was noncommital but indicated there’s a chance we see the Charles Town Classic champ on Belmont Stakes day.

“No firm plans from here, but we might consider the Met Mile,” he said.