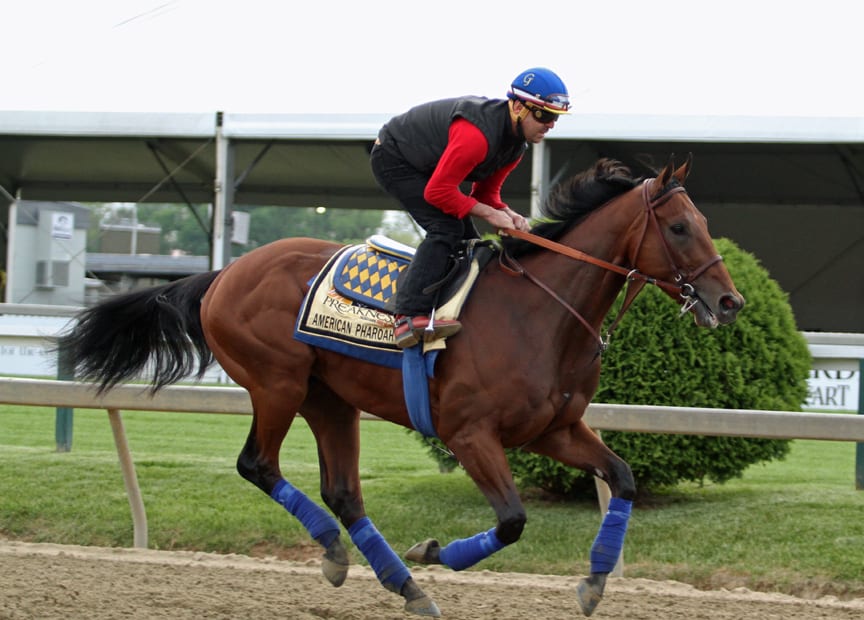 American Pharoah on the track at Pimlico. Photo by Laurie Asseo.

Thoroughbred Aftercare Alliance (TAA), which accredits, inspects and awards grants to approved aftercare organizations dedicated to retiring and retraining Thoroughbreds, has been named the honorary postmaster for the 141st Preakness Stakes (G1).

“We’re honored to be recognized by the Maryland Jockey Club and the Preakness Stakes,” said Jimmy Bell, President of the TAA. “Aftercare is incredibly important to the Thoroughbred industry, and serving as honorary postmaster Preakness weekend will allow us to share with hundreds of thousands of fans the many opportunities now available for retired Thoroughbreds, while bringing continued strength to the entire concept.”

The Alibi Breakfast, which began in the 1930s on the porch of the historic Pimlico Clubhouse, features a gathering of media, owners, trainers, jockeys and horsemen to celebrate the Preakness, and solicit interesting race predictions.