Tisdale a beautiful horse with a bright future 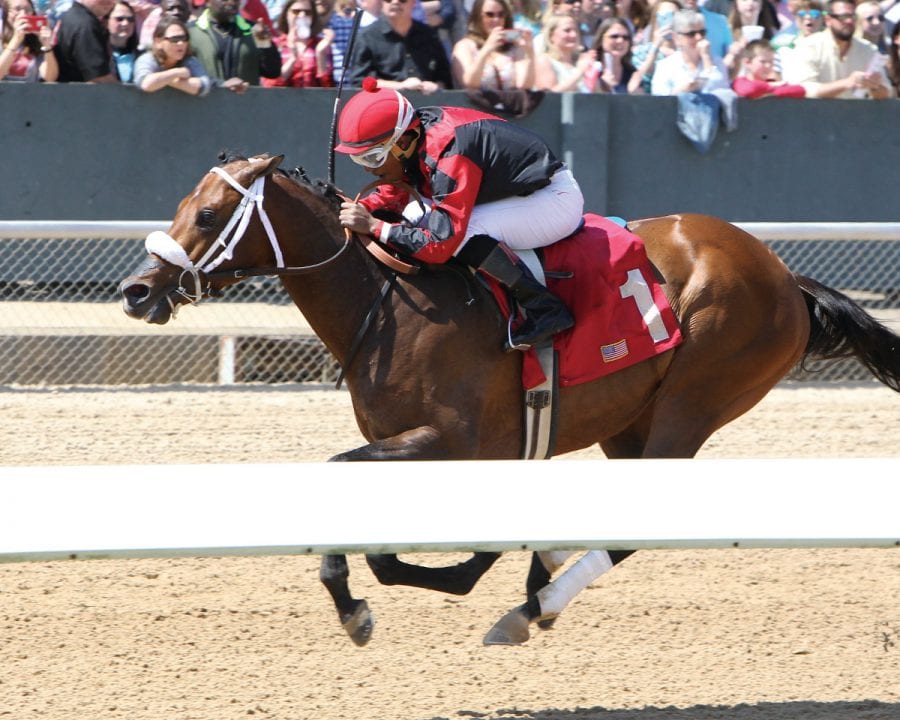 A promising three-year-old with some strong local connections took another step forward on March 26 when Tisdale posted an authoritative 2 1/2-length victory over a field of allowance optional claiming routers at Oaklawn Park.

Tisdale was bred in Pennsylvania by Delaware horsewoman Barbara Brown and has plenty of Maryland in his background, too.  He is a half-brother to Delaware Oaks winner Dancing Afleet and multiple stake winner Tujoes.  Tisdale is by Friesan Fire out of the productive Citidancer mare Mrs. Vanderbilt.

In that last start, the Friesan Fire colt tracked the leader into the stretch of the 1 1/16 test, drew off to mid-stretch, and then held a safe margin to the finish under Ricardo Santana Jr.

It was the second straight win for Tisdale, who is undefeated around two turns. Tisdale made his first start at Parx Racing last September and finished sixth in that 5 1/2 furlong sprint while racing extremely wide. Given four months after that race, the brown colt returned to action in a six furlong sprint on January 17. After racing next to last early Tisdale closed with a rush through the late stages to miss by a head at odds of 17-1.

Tisdale brought $110,000 at the May 2-year-old sale at Timonium, and according to his breeder, Tisdale looked and acted the part of a good horse right from the start.

“He’s well made, well balanced and he has a beautiful head and neck,” Barbara Brown recalled.  “And I think more importantly, he is a very sensible colt, he’s very smart and he had his act together right from the start. Every horse that mare (Mrs. Vanderbilt) has thrown have been smart, sensible types who showed very little immaturity.

“And,” she added, “while they’re sensible they’ve all been assertive, take-charge types. I’m not the least bit surprised he’s doing well and I’m very much looking forward to seeing where he will run next.”

Owned by Harlow Stables LLC, Tisdale is also a Delaware certified colt, one of more than 3,000 thoroughbreds who are eligible for lucrative monetary bonuses for those in the program who race at Delaware Park by being registered. Brown was one of those who worked for the establishment of the program and registers all of her foals with it.

Tisdale’s trainer Ron Moquett said that Keeneland’s Grade 3 Lexington Stakes on April 16 or the $150,000 Northern Spur Stakes on the same day at Oakawn Park are possibilities for the colt, who is not nominated to the Triple Crown.

“He’s a smart horse and is very comfortable racing two turns,” said Moquett, “I think he’s got a bright future.”