For Patty Hogan, blazing a trail is “quite the ride” 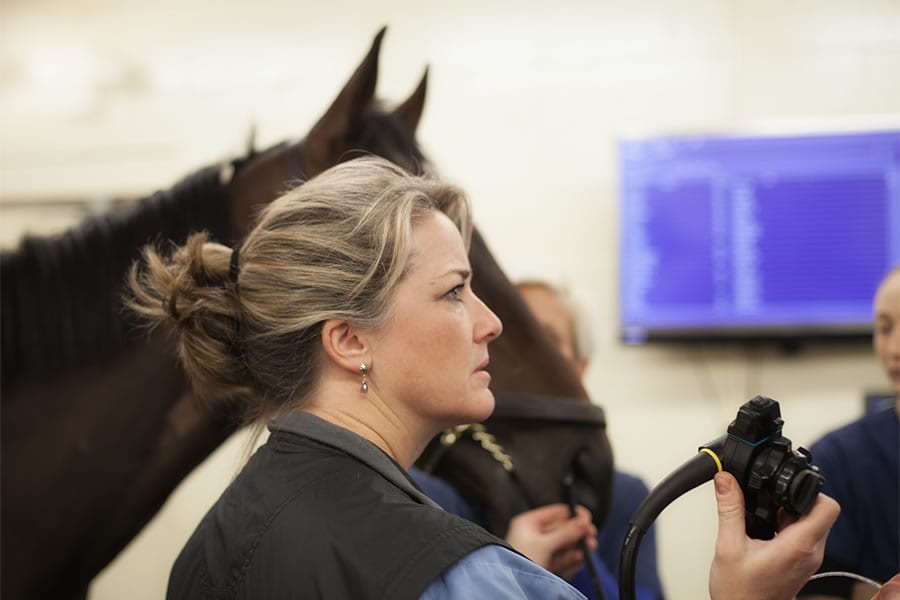 In the summer of 2003, Dr. Patricia Hogan treated a chestnut 2-year-old who had arrived at her New Jersey clinic with his head practically smashed in. Yet to make his first start, the colt was trying to earn his gate card when he instead crashed into the starting gate, badly injuring his eye and the side of his face.

“He was sent to me to have his eye removed,” recalled Hogan recently. “It was a bad injury and he had a skull fracture, but I made the decision to treat him medically, and not to remove the eye.”

Less than a year later, Hogan watched, along with millions of others as that horse ran a desperate length short in trying to become the first horse to win the Triple Crown since Affirmed in 1978.

“Smarty Jones wasn’t famous when he came to me,” she said. “The Chapmans didn’t know what they had. To find out a couple of months later that he was that talented…that was quite the ride.”

“Quite the ride” might also describe Hogan’s journey from pedaling her bike as a kid to Johnson Park, a Standardbred fair track not far from her New Jersey home, to owning a surgical clinic that has treated many of Thoroughbred racing’s superstars.

Describing herself as a “tomboy who played with Lincoln Logs instead of Barbies,” Hogan remembered being told that working with horses, especially as an equine orthopedist, was “no place for a lady.” But the teenager who, instead of riding horses at an expensive stable, mucked stalls at Johnson Park just to be around horses, ignored the naysayers, learning to drive harness horses and heading to the University of Delaware to study animal science before applying to veterinary schools.

With only a couple of dozen vet schools in the United States and grades that she characterized as “average,” Hogan was undeterred even when her advisor sat her down and told her, “You’re never going to make it.”

“He laughed at me when I told him that I wanted to do surgery,” she said.

She didn’t get in the first time she applied, but, putting her stall-mucking skills to work, she went to work at the University of Pennsylvania’s New Bolton Center.

“My parents had a party when I graduated from college,” she said, “and when people asked me what I’d be doing after graduating, I told them, ‘Cleaning stalls.’”

While at New Bolton, she made the acquaintance of Dr. Dean Richardson, now the Charles W. Raker Professor of Equine Surgery and the chief of large animal surgery at the clinic; Richardson would be one of her instructors when she was accepted to the University of Pennsylvania’s veterinary school.

“I worked with him on a research project, and I was drawn to what he did,” she said. “It made so much sense to me, and I like that you could have an animal in such distress that it couldn’t walk, and after surgery, it basically walked like nothing had ever happened. I like the speed at which you could fix something.” 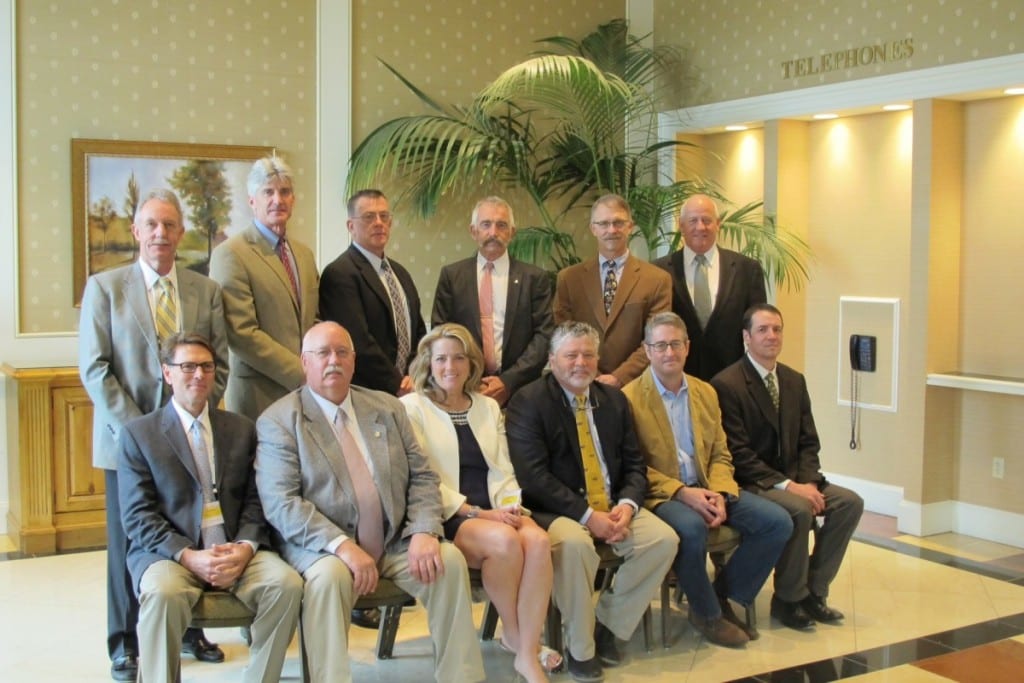 “And,” she added, “he was never concerned that I was a female.”

After her graduation, Richardson encouraged her to do an internship at Rood and Riddle Equine Hospital in Kentucky, where she met Dr. Larry Bramlage; she went from Kentucky to a three-year residency at Texas A&M.

“Bramlage was like Richardson,” she said. “He’s a great orthopedic surgeon and I never felt any difference there because I was female.”

“Texas A&M,” she went on, “was about as sexist as you could be. They only took me because they were under pressure because they hadn’t had a woman there in eight years. That was tough.”

In the late ‘90s, when Hogan was looking for a job, she realized that while many women were training to be equine surgeons, most of them were heading towards jobs at universities. Few of them, she noted, were getting jobs in private practice.

“And those jobs are the cream of the crop,” she said.

But Hogan bucked another trend when she was hired by Dr. Scott Palmer to work at the New Jersey Equine Clinic, which he had co-founded.

“He went out on a limb,” she said. “Most men didn’t think women could handle equine surgery.”

And that extended to the client base, who, thinking their vet was someone called Pat Hogan, were often visibly surprised to see a woman.”

“One person, when I called to update him about a horse,” she said, “asked if I was the secretary.”

After nine years at the clinic, she decided to open her own practice, not because she was dissatisfied working for Palmer, but because she was ready to stamp a practice with her own identity and philosophies.

Employing more than a dozen people, Hogan Equine in Cream Ridge, NJ, does about 750 surgeries a year, seeing more than 2,000 equine patients annually. The 50-stall facility is full from April through December, when some of her clients take their horses south for the winter.

Among the choices she gets to make as an independent practitioner is deciding to do pro bono work on behalf of racehorse rescue and retirement.

“You can’t really do that when you work for someone else,” she said. “I’ve always felt so fortunate to have this great career on the backs of horses, and I felt obligated to give something back.”

Among the groups she works with is Take the Lead, the backstretch retirement program established by New York Thoroughbred Horsemen’s Association.

“She’s inarguably one of the best equine surgeons in the country,” said Rick Schosberg, NYTHA’s secretary/treasurer and Take the Lead’s overseer and point person. “She’s among the first people we consult when we retire a horse with an issue, to see if surgery is necessary or if a horse is better off healing on its own to have a comfortable second career.”

If the horse requires surgery, Hogan will do the procedure and take care of the horse post-operatively, with little or no charge to the organization.

“Let’s just say you can’t beat the price,” said Schosberg. “Our obligation as an industry is to help horses, and she’s been an angel. She’s one of the nicest, smartest ambassadors for the horses that you’ll ever meet.”

“I’m so happy,” she said, “that aftercare has become so much a topic of conversation and that it’s finally being addressed in our sport. My philosophy is that if you can do the right procedure, a retired horse can have limitless possibilities.”

She’s dipped her feet into social media through her Twitter account, and though she doesn’t post frequently, her followers can expect to see photos of recovering horses, striking landscapes, and occasionally, a medically graphic image of a procedure. She infuses her tweets with humor and educational tips, and though not all of her patients can have happy endings and her days can test her, intellectually and emotionally, the face that she presents to the world is appreciative and positive.

“This is the best in the world,” she said. “I couldn’t imagine doing anything else. I love the horses, I love getting to know them. This is a really rewarding career choice.”