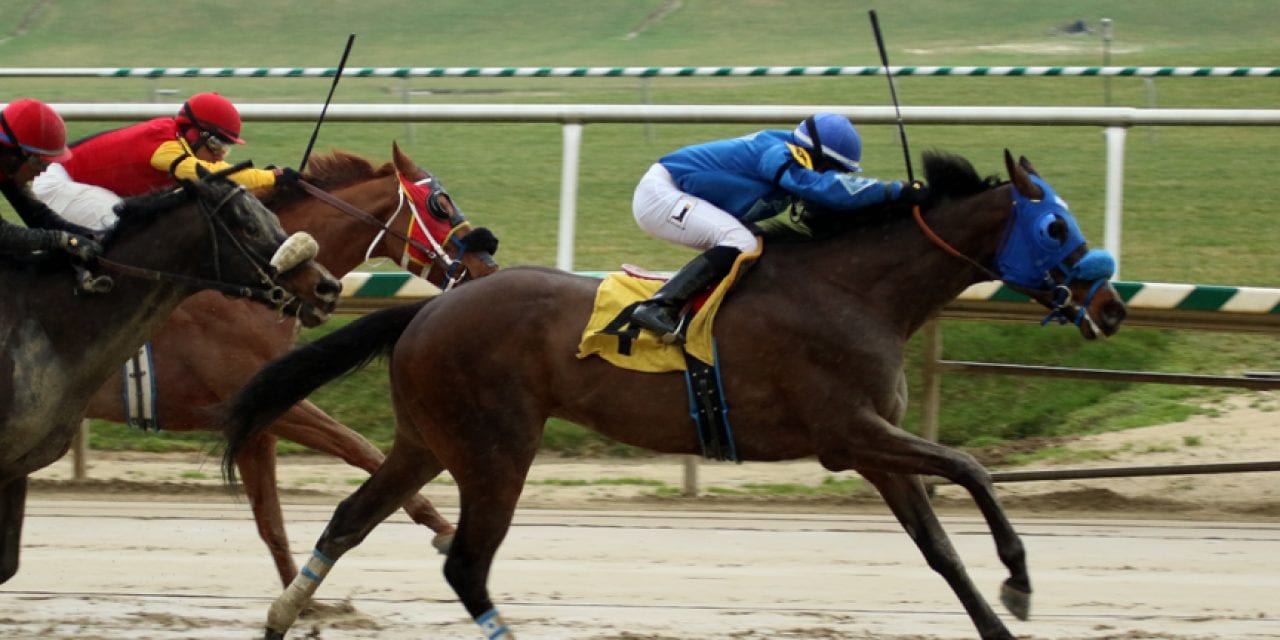 Ben’s Cat did not participate in the inaugural running of the Ben’s Cat Stakes Saturday at Laurel Park.

But Sonny Inspired did, and the Phil Schoenthal trainee whipped up outside to take the lead in the stretch and then held off late-running Any Court Inastorm to register his second stakes victory in three outings.

“I would think some people would think Ben’s Cat’s running today when they look in the paper and see Ben’s Cat,” said King Leatherbury, the Hall of Fame trainer who conditions Ben’s Cat, who is currently in training for his 10-year-old season.

When asked if he’d ever heard of a race named for a horse still in training, Leatherbury laughed.  “No, absolutely not,” he said.  “It never happens.”

But it did, and Schoenthal’s happy it did.  The $75,000 race, contested at six furlongs for Maryland-breds three-years-old and up, drew a field of seven, including three from his barn.  In addition to the winner, Schoenthal trains Gursky, who finished third, and fifth-place finisher Arrogant Officer.

In the Ben’s Cat, contested over a sealed Laurel Park track rated muddy, Gursky, D C Dancer, and Jack’s in the Deck quickly set sail for the lead, with Sonny Inspired in the mix early before jockey Jevian Toledo eased him back to eye the leading trio.

“I was a little bit surprised they kinda stacked up in the front end like that,” Schoenthal said.  “We had thought Gursky was going to go to the lead, and that was kinda the instructions.”

The lead trio slugged it out through an opening quarter in 23 seconds flat before Jack’s in the Deck backed out rounding the turn.  D C Dancer maintained a head advantage over Gursky through a half-mile in 46.41 seconds, but by then, Sonny Inspired was beginning to rev up.  He advanced four wide to the lead inside the eighth pole, by which time Any Court Inastorm was beginning to roll in the middle of the track.

Running time for the six furlongs was 1:11.23.  Sonny Inspired won by a length on the wire and paid $4.00 as the even money favorite, with Any Court Inastorm edging Gursky by a head for the place.  Final Prospect was another 4 3/4 lengths back in fourth.

Sonny Inspired, a son of Artie Schiller, was bred in Maryland by Mr. and Mrs. Charles McGinnes and is owned by D Hatman Thoroughbreds.  He’s now won six of 29 career starts, and the win pushed his earnings to more than $360,000.  Schoenthal had taken blinkers off the now-five-year-old late last season, but following a couple of subpar efforts, he put them back on for the Fire Plug Stakes in January; Sonny Inspired has responded with the two best efforts of his career, winning the Fire Plug before running third in the Grade 3 General George over the strip last month.

“[The blinkers were] certainly the difference the last couple of times,” Schoenthal said.  “Horses are a lot like any athlete. Once they get confidence, they build on that confidence.  He thinks he’s King Kong in the barn right now.  He’s eating great, training great.  He’s really doing good.”

Looking ahead, Schoenthal said there’s one big goal on the horizon.

“Our big goal is going to be the [Grade 3] Maryland Sprint Championship on Preakness day,” he said.  “We’ll probably be a longshot in that spot, with the heavy heads that come in. But it’s a spot to aim for, and then we’ll turn him out.”

Schoenthal said that he expects to run the horse once between now and then.