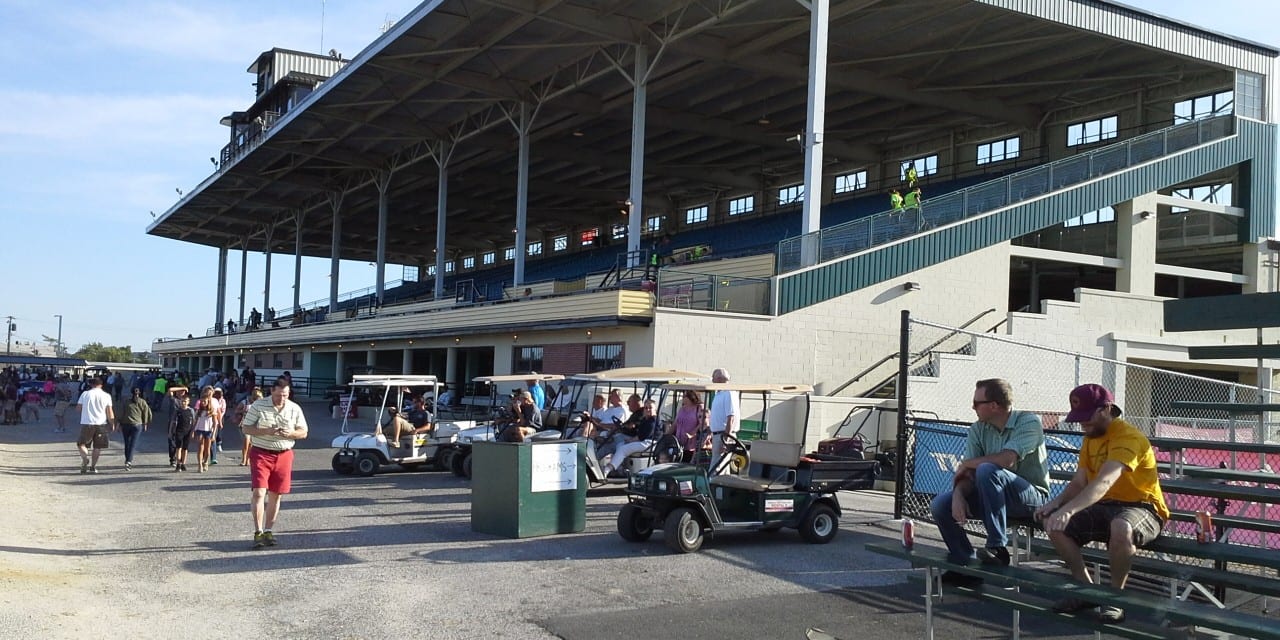 A Baltimore County Council bill that would have prohibited the operation of an off-track wagering facility (OTB) at the Timonium fairgrounds was withdrawn Monday, the latest development in a saga that caught the racing community off guard and has pitted it in an uncomfortable battle with the Timonium community.

The bill, number 4-16, would have prevented land designated as part of a mercantile exposition overlay district — which the fairgrounds are — from being used “as a satellite simulcast betting facility, or as an intertrack betting facility.”  The use of such land as a place with “video lottery terminals” — slot machines — already is prohibited.

The withdrawn bill had been introduced by council member Wade Kach (R-3), who represents the northern swath of the county.  The bill would have applied retroactively to January 1, ensuring the closure of the Timonium OTB on passage.  Multiple sources have said the bill likely did not have the votes to pass.

A series of community meetings Kach convened to hammer out an agreement between the community and the fairgrounds, particularly on preventing a casino on the property, have not borne fruit.  The Maryland Jockey Club, partners in the OTB with the State Fair and Agricultural Society, which owns the property and operates the State Fair, has said repeatedly, including in writing, that it does not support a casino at the site.

Likewise, the State Fair provided the Maryland Racing Commission a memorandum saying it would not seek a casino at any point in the next decade.  But Eric Rockel, president of the Greater Timonium Community Council, which represents numerous nearby neighborhood associations, said last month that his group was “disappointed” with the decade-long offer and would seek a longer period of time.

Councilman Kach has reportedly been dealing with a family medical issue, and neither he nor his office returned a phone call seeking comment.

While withdrawing his initial bill, Kach also introduced a new bill, number 17-16, which would clarify the ban on a casino at the site.

“The use of land with the [mercantile exposition] district designation as a location for additional forms and expansion of commercial gaming activities, including the location and operations of a casino and table games, is prohibited,” the bill reads.

Even were the State Fair and Agricultural Society to seek a casino, the hurdles to obtaining one are formidable.  In addition to the county zoning ordinance which prevents slot machines on the site, the state law which restricts the total number of casinos in the state would need to be changed to allow an additional facility.  Then, under the state constitution, the proposal would have to pass a statewide referendum.

Meanwhile, in Annapolis, hearings on two bills spurred by the Timonium OTB controversy were held yesterday in Annapolis.  HB 0704 would ban an OTB at the fairgrounds, while HB 0727 would prescribe a more elaborate public notice process for the state Racing Commission to follow when handling OTB applications.  Both were sponsored by Delegate Chris West (R-Baltimore County).

These developments were the latest in a controversy that few in racing foresaw.  The proposal to open an OTB at the fairgrounds, which annually plays host to 10 days of live racing during the state fair in late August and early September, seemed like a no-brainer at the time.  The OTB is located on the second floor of the racetrack grandstand.

But community groups reacted vehemently when they got wind of the proposal, with Rockel, in a statement, calling it an “outrage.”  More than 300 people came in the bitter cold February 11 to debate the proposal, with about 60 percent of those opposed, according to an unofficial count.

All of which means that the Timonium OTB saga may still have a few more chapters.

“We’ll wait and see how it plays out,” said Maryland Jockey Club president and general manager Sal Sinatra.  “All I’m looking for is peace and harmony — and to be open.”