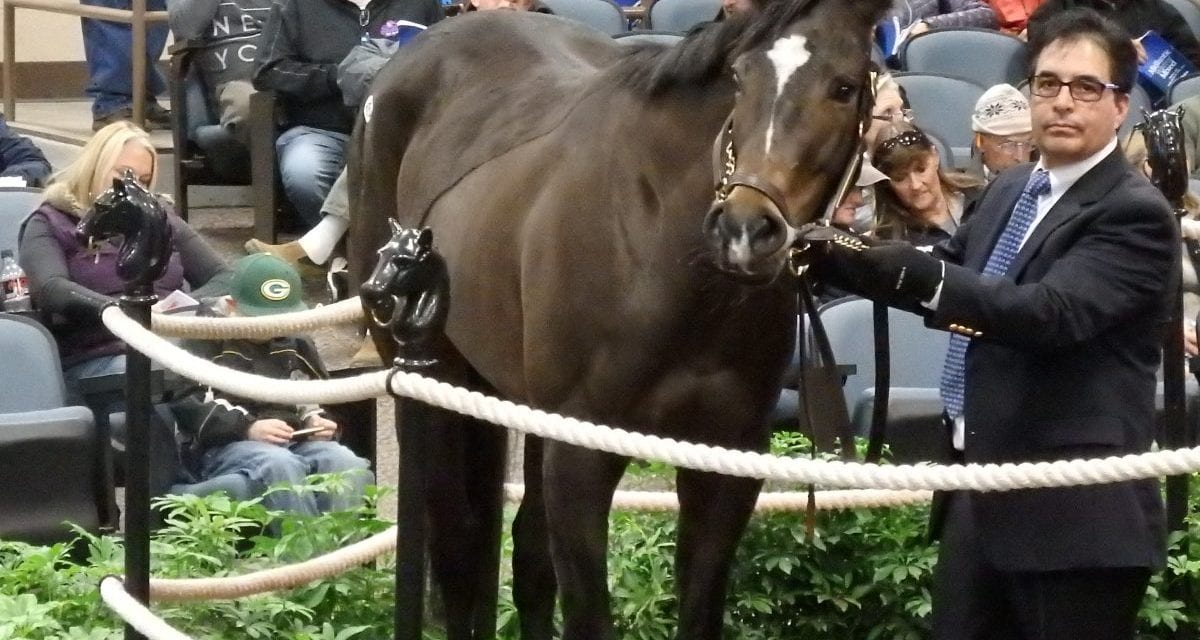 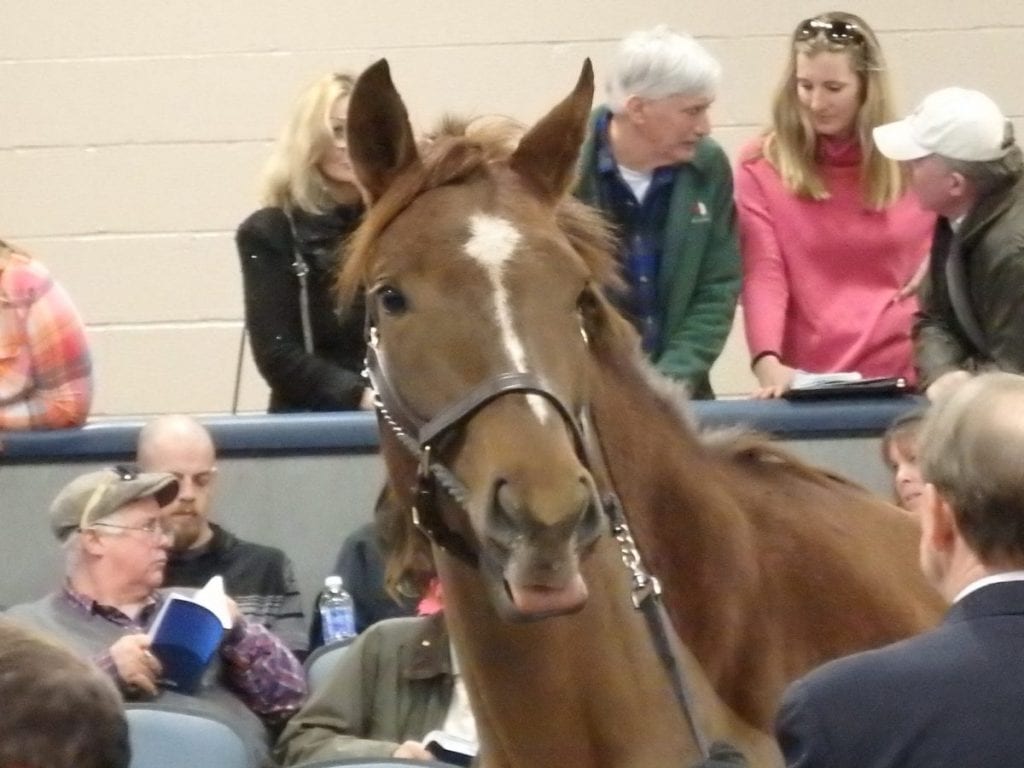 “It looks like we ran out of horses,” commented Fasig-Tipton Midlantic sales director Paget Bennett Sunday as Hip 167, the final one through the ring, brought a winning bid of $21,000.

It was mid-afternoon, and most of the crowd who’d been in Timonium during the afternoon had stayed to the end.

The most interesting result from Sunday’s Fasig-Tipton Midlantic Winter Mixed Sale wasn’t the gross (down eight percent on a much smaller catalog than 2014) or the average hip sold (off by 2.7 percent).

It was the buyback rate, which plummeted from one-third to just 13 percent.  On Sunday, the company recorded sales on 104 of 120 hips through the ring, versus 110 of 165 the year before.

The question is: Why?

One theory is that the change of date — from the sale’s traditional mid-December slot to the end of January — may have helped.  Bennett said prior to the sale that the company had sensed some “fatigue” from buyers prior to the 2014 mixed sale, so a shift in date might have allowed for some to recharge.

Indeed, the 2014 Timonium mixed sale was Fasig-Tipton’s fifth eastern sale (including one in Saratoga and two in Kentucky), and third mixed sale, in just two-and-a-half months.  So perhaps some stretching of the calendar was in order.

Both Bennett and consignor Bill Reightler had said before the sale that interest seemed higher than in previous years.

Similarly, Bennett wondered if the weather had played an ultimately positive role.  Record-setting snows blanketed Maryland the weekend prior, leaving most of the state house-bound for days.

“Mother Nature worked with me, and everybody was cooped up and wanted to get out,” Bennett suggested.

This being horse racing, there were the now-standard complaints about a book modest both in size and in quality depth.

Machmer Hall’s Carrie Brogden, who bought the sale-topping Curlin colt for $76,000, said that he was the only “major-sired horse” in the catalog.

“When you only have one destination horse… it’s hard to get people to come,” she added.

He added, “If you have a really good horse, they’ll sell, but a pretty good horse — I’m tired of hearing about the good horses selling when the decent horses don’t sell.”

But Brogden, who also bought a “lovely” Violence filly for $20,000, said she believed that horses were “bringing what they’re worth, I really do.”

That so few horses failed to sell may suggest that buyers and sellers agree — and, perhaps, that sellers have made necessary adjustments in a market that Reightler described as “sort of puttering along.”

One sign of that adjustment is the smaller number of no-bid horses, those listed in the results as having drawn only the minimum $1,000 bid.

Another possible sign is the value of the other horses that did not sell.

While it’s tricky to read too much into the values of unsold horses, these facts may suggest that sellers are more reluctant than in past years to bring undesirable horses to market.  Sellers may also be taking a more accurate view of the value of their stock in today’s marketplace and either selling them without reserves or with lower, easier-to-meet reserves.

Both, if true, are ultimately positive developments.

While the sale-topper was a yearling, that category of horse was the toughest to move; 10 yearlings failed to sell.

Meanwhile, just two broodmares or broodmare prospects didn’t find a buyer.  And only four horses of racing age met a similar fate, with many of those bringing in about what their racing form would suggest they are worth.

“People were looking for horses they could go on with,” said Bennett.  “They don’t want to have to wait before they start doing something.”

Whatever the reasons, the dramatically diminished rate of buybacks is, as Bennett, said, “a good thing,” implying as it does a marketplace that may be ready to start moving forward again.