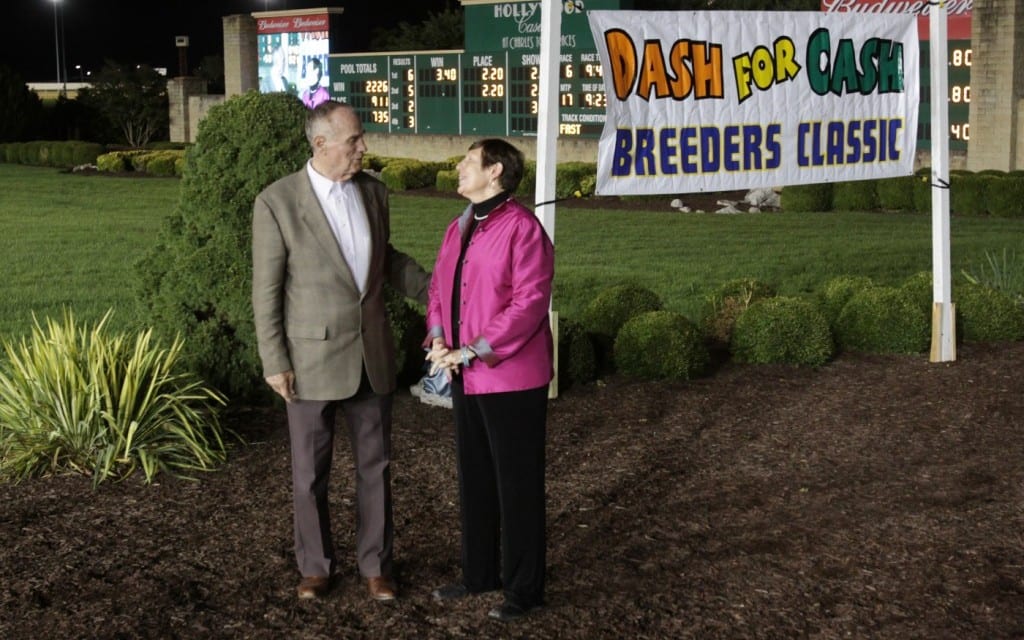 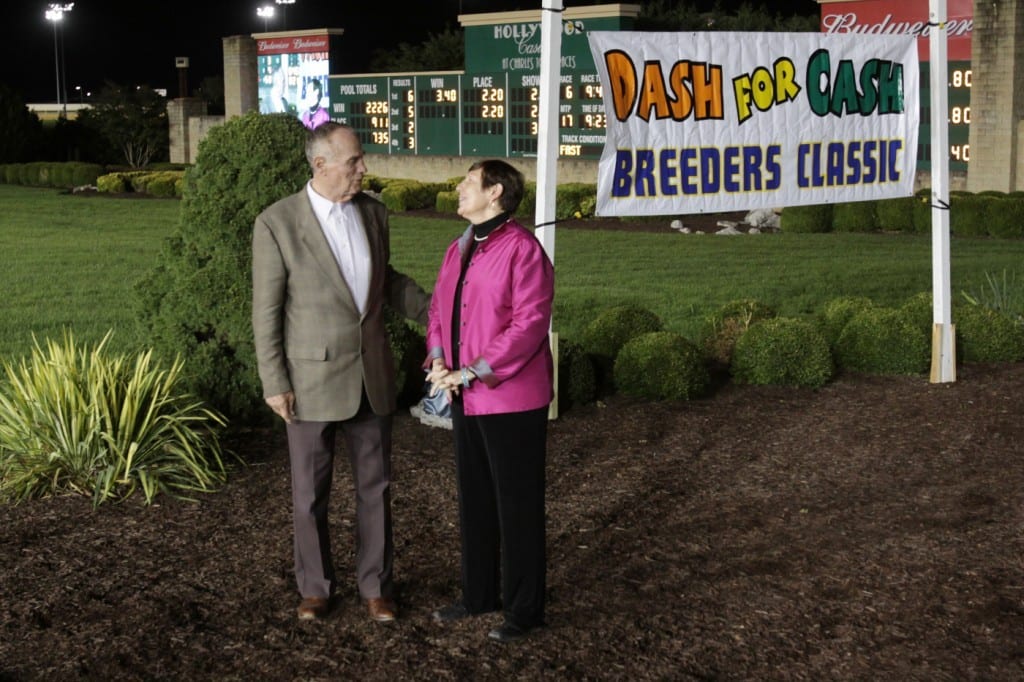 “Every horse, every person, involved in racing has a story.”

So says Carol Holden, and that’s as apt a description as you’re likely to find of Trackside, the radio program she cohosted with Sam Huff.

For 28 years, Holden and Huff presented a weekly, hourlong radio program 52 times a year, a pair of familiar voices guiding their audience through the world of Thoroughbred racing each week.  Most recently, the show aired each Saturday morning on WRNR radio in Martinsburg, WV.

That run came to an end the day after Christmas, as Holden and Huff decided that just shy of three decades was long enough.

“It was a hard decision to make. I had been thinking about it for a while,” said Holden on January 13.  “But I was ready.”

One of the reasons she was ready, she said, was the steady drumbeat of bad news in the Thoroughbred industry.

“I was sick and tired of reading about all the bad news,” she said with a chuckle, but you shouldn’t take that to mean she’s sick and tired of the game itself.  No, indeed, she remains as president of the West Virginia Breeders Classics and will be spearheading that organization’s preparations for the event’s 30th running this coming October.

In the meantime, though, another racing media voice falls silent — after a good, long run.

Trackside, which once was heard on “six or seven” stations, Holden said, before industry consolidation chipped away at its footprint, was always a different kind of Thoroughbred show.

For one thing, there was the handicapping.  Or the lack thereof.

“Handicapping wasn’t a major part of it,” she said.

That’s a product both of her own interests — the woman who’s been everything from hotwalker to horsemen’s bookkeeper isn’t much of a bettor — and her and Huff’s interest in the untold stories of racing.

For another, there was the diversity.

“We had quite a variety of people on,” Holden recalled, “from Wayne Lukas and Carl Nafzger to people from Thoroughbred charities and people who work in an equine program with prisoners.”

(Also including, full disclosure, this author.)

“One time, Carl Nafzger was traveling in upstate New York and couldn’t get cellphone reception.” recalled Holden.  “He found a payphone, but someone was on it and he had to get them off.

“Another time, Dave Johnson was on while driving, and then he went through the Holland Tunnel and we lost him.”

In fact, said Holden, the very first show featured something of a pratfall.

“John McKee and Cindy O’Bannon were the guests,” she remembered.  “Somebody bumped the leg of the table where we were all sitting, and papers and drinks all fell to the ground.  We all reached down trying to pick them up — all but Sam.  Sam kept talking.  He had warned me upfront: No dead air.”

In recent years, the show has moved to a pre-recorded format.  That’s made it easier to follow the “no dead air” mantra and for the most part eliminated the pratfalls.  And the advent of the National Thoroughbred Racing Association’s recorded conference calls with newsmakers has helped Holden and Huff to offer voices that might otherwise have been hard to reach.

As Holden and Huff concluded the final Trackside, Holden recounted a couple of the 2015 winners of races on West Virginia Breeders Classics night — fittingly, given the show’s sponsorship by the WVBC and Hollywood Casino at Charles Town Races — among them Aye a Song and Bullets Fever, perhaps inadvertently bringing the program full circle.

Both runners were bred by John McKee — the show’s very first guest — with McKee, the 76-year-old Charles Town fixture, owning and training the former.

“It was great fun,” Holden said of Trackside’s long run.  “I enjoyed it, and all the people I got to talk to over the years.  People have been very generous with their time, and I’ve always appreciated it.”