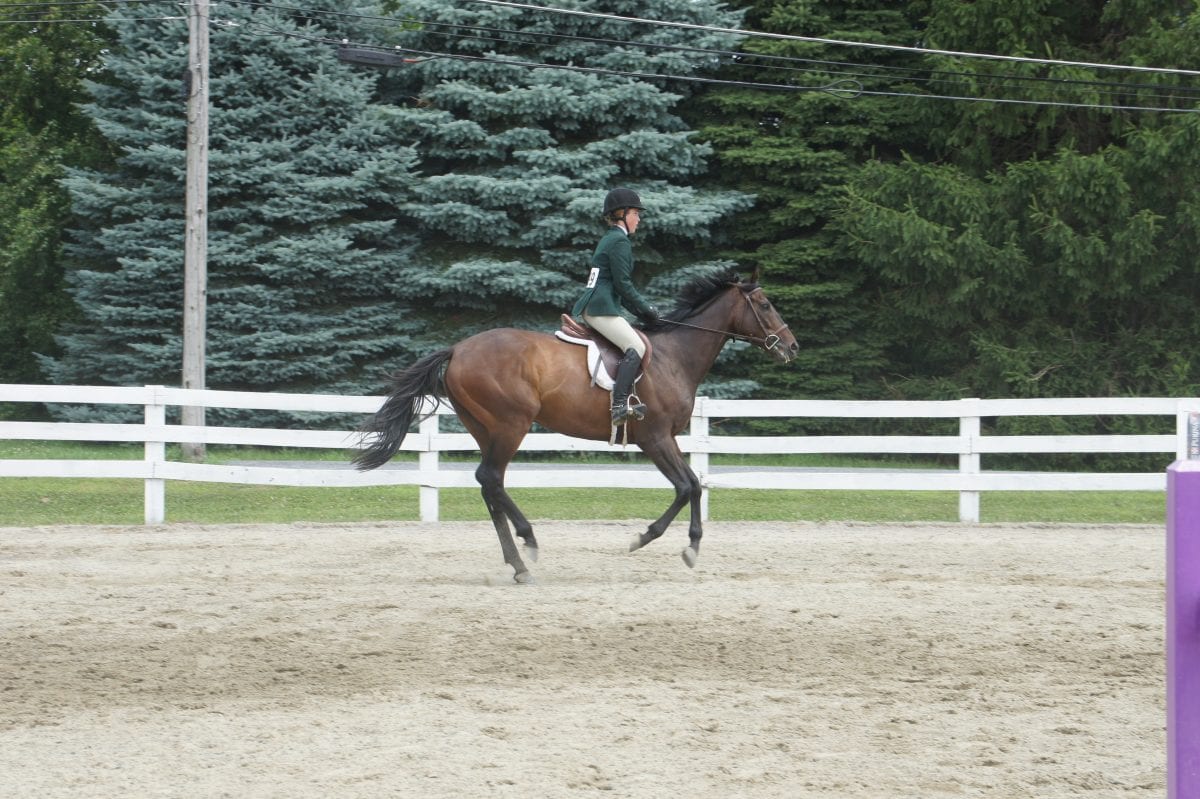 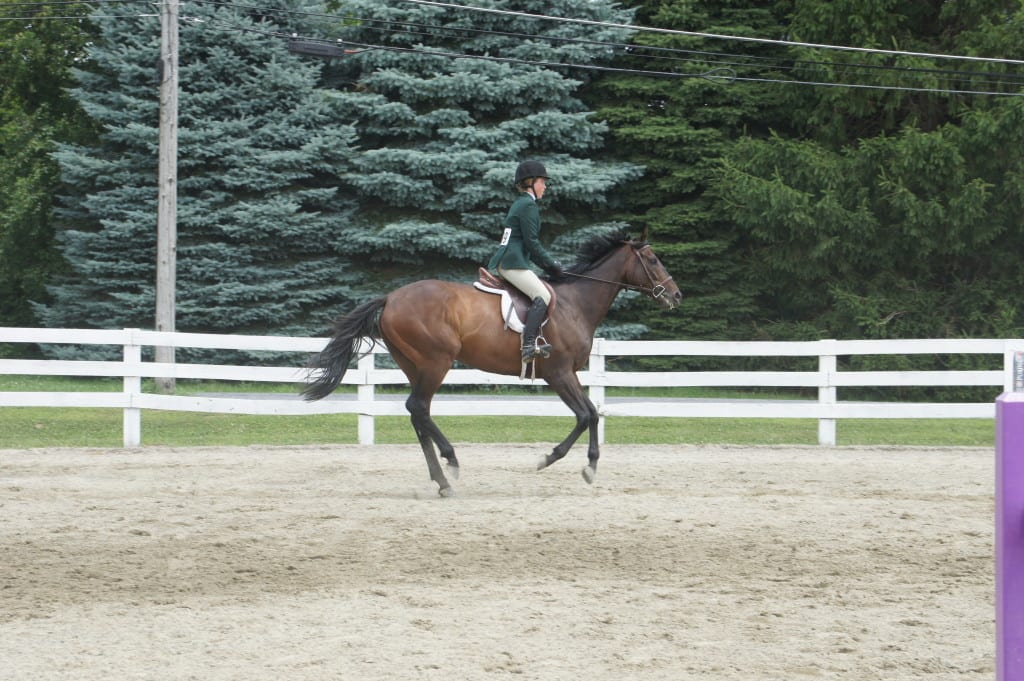 Candy Feat and Emma Meister in a competition. Photo by Kathryn Sharp.

Candy Feat was able to cheat death once, but to the sorrow and heartbreak of his connections, he couldn’t do it twice.  The Hard Spun gelding succumbed to an infection and laminitis on December 29.

“Where do I even begin?” wrote trainer Priscilla Godsoe on Facebook and Instagram. “Today the Covert Farm and 90 North lost a very special soul to our family.”

Trained by Jimmy Toner and retired in 2012, Candy Feat made more headlines off the track than he did on. As a three-year-old, he was involved in a terrible van accident on the way up from Florida, before he’d made his first start.  The van in which he and five other horses were riding veered off the highway and overturned when its driver swerved to avoid another car.

Emergency personnel had to cut off the roof of the van to free the horses, two of which ultimately had to be euthanized.

Though not seriously injured, Candy Feat struggled when he came back to the track, winning just once from five starts, bearing the psychological, if not the physical, scars from the accident. Nicholson called that first van ride to the track for his racing début “eventful.”

Following retirement, Candy Feat headed to Godsoe’s Covert Farm in Pennsylvania, not far from where Nicholson and Sharp make their home. He was one of a number of Ninety North off-track Thoroughbreds that Godsoe re-trains for second careers; she was pointing him to the Thoroughbred jumping division of the United States Equestrian Federation.

“He had gone to some local shows and done really well,” she said. “Everything was looking up.” 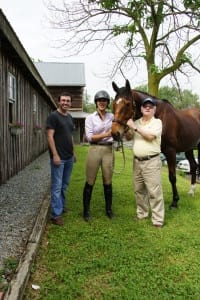 He had a lot of raw talent, she said, but not the motivation to go to work every day, so she switched up his program to engage his mind.

“We did a lot of trail riding with him to make life interesting,” she explained. “He loved it. Once a week we’d send somebody out on a trail with him, in conjunction with schooling him over jumps and in the ring. He didn’t want to be stuck in a ring; he was adventurous.”

Maybe it was that adventurous spirit that led to his showing up one day last month, coming in from his paddock, with a shoe hanging off one of his feet. He had a tiny, apparently routine wound on his ankle; Godsoe cleaned it and treated it, but unexpectedly, his ankle swelled and got infected, and after a brief course of antibiotics, he was brought to the New Bolton Center in nearby Kennett Square.

“It was supposed to be just for a night or two,” said Nicholson. “It ended up being four or five.”

“His tendon sheath got infected,” added Sharp. “And then he developed laminitis. We thought we had it under control and that he was stable, but then the infection in his leg came back, and he was beyond miserable.”

“By the time everything started to go downhill, his body wasn’t fighting anymore,” said Godsoe. “His mind and his heart were; we started to know emotionally that we had to let go, but it was so hard because we could see him trying.

“If he didn’t know you were there, you could see that he wasn’t doing too well—but once he saw us, he was all there. He was so impressive; you could tell he was saying, ‘Thank God, I know these people.’ He knew his people, and he was warm and fuzzy to everyone. He became everybody’s little buddy.”

“It was the age-old test,” said Nicholson of the decision to euthanize him. “When the bad days outnumber the good, and he had six or seven bad days in a row.”

Nicholson’s family also owned Candy Feat’s half-sister Masseuse, who died in 2013 foaling the War Front colt Royal Artillery. Her daughter Tenley Town is the only horse they’ve owned, in decades in the sport, that broke down racing.

“Masseuse was one of our best mares ever,” said Sharp. “That makes this hurt even more.”

“We’d have done surgery if we thought it would have helped him,” she went on. “It was such a surprise, given all that he’d been through and all that he’d survived, that this is what took him down. We were all in a little bit of shock.”

“He was truly a fighter,” said Godsoe. “And he was a homebody. It was worth every penny trying to save him for his brains and for his character. He was so lucky that he had humans that loved him and tried to save him.”