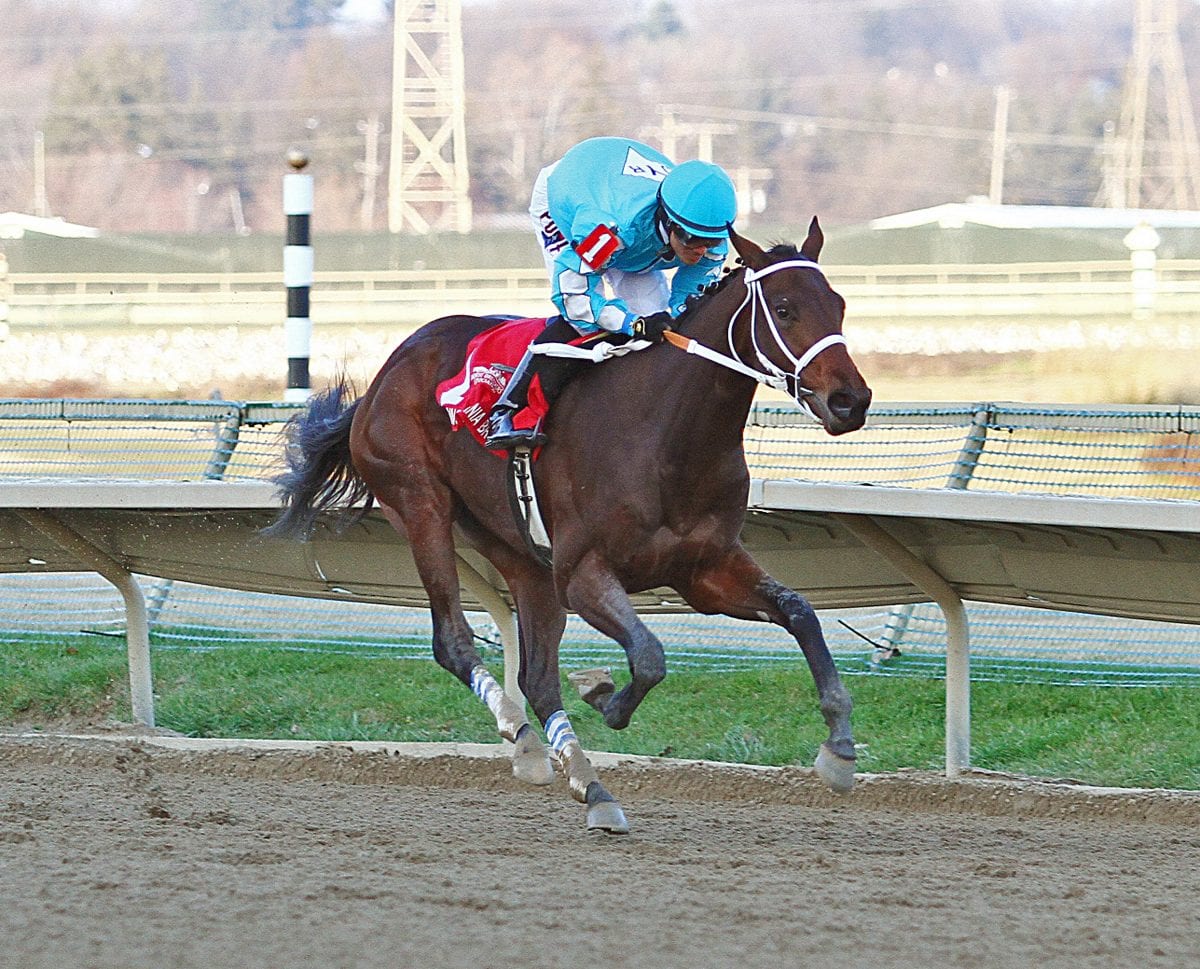 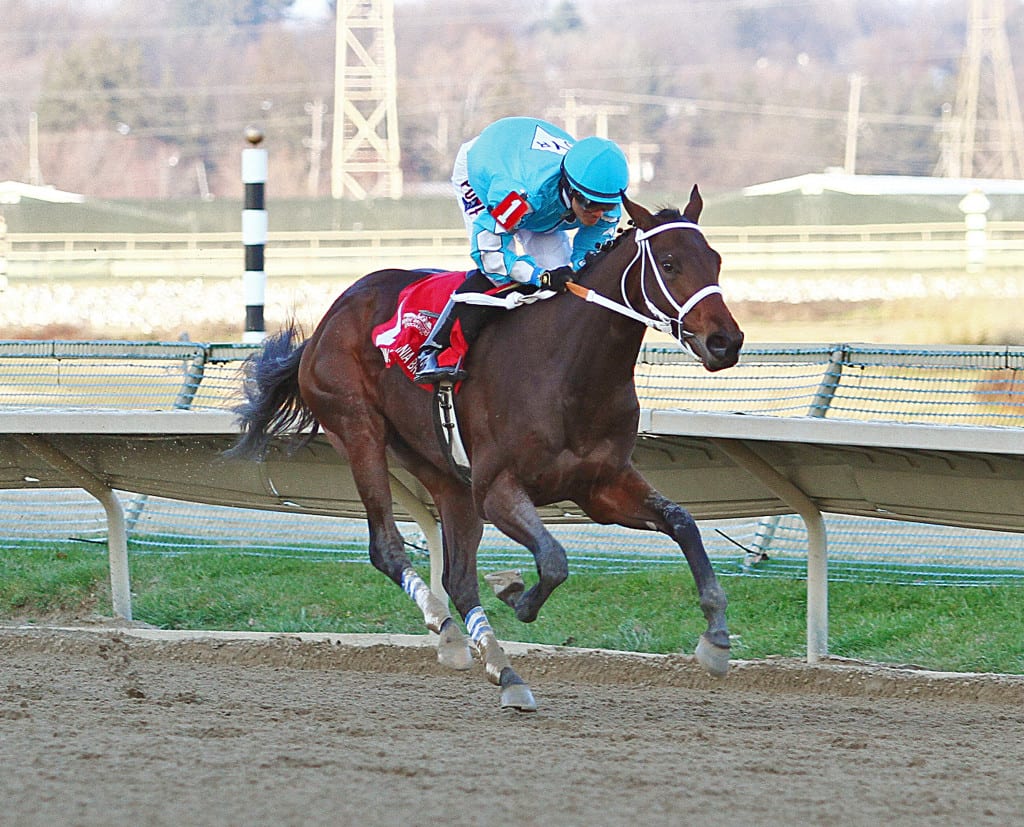 Bird of Trey was much the best in winning the Pennsylvania Nursery Stakes at Parx Racing.

Bird of Trey moved to the head of the class of Pennsylvania-bred juveniles Saturday with a dominant score in the $101,000 Pennsylvania Nursery Stakes.

The son of Birdstone registered his first stakes victory and his second win overall, from five starts.  He has never finished worse than third and now has earnings of $146,748.

With Joshua Navarro up, Bird of Trey broke alertly to be in the lead group early, along with Morning Fire and Purcell.  Entering the turn, Purcell began to back out, while Morning Fire took charge and angled to the rail, leaving Bird of Trey three behind.

But Bird of Trey immediately moved to re-engage with the leader and quickly put Morning Fire away.  He led by three lengths at the eighth pole and stretched his lead out to 7 1/4 lengths at the wire over a tiring Morning Fire.  It was Morning Fire’s third second-place finish in stakes company.  It was another 5 1/2 lengths back to Wychmere in third.  Running time for the seven furlongs was 1:24.15.

Bird of Trey is trained by John Servis — who also sent Cathryn Sophia to an extremely impressive romp in the Gin Talking Stakes at Laurel Park on Saturday — for JRita Young Thoroughbreds LLC, who also bred the colt.  He is out of the stakes-winning Came Home mare Take Me Home Too.