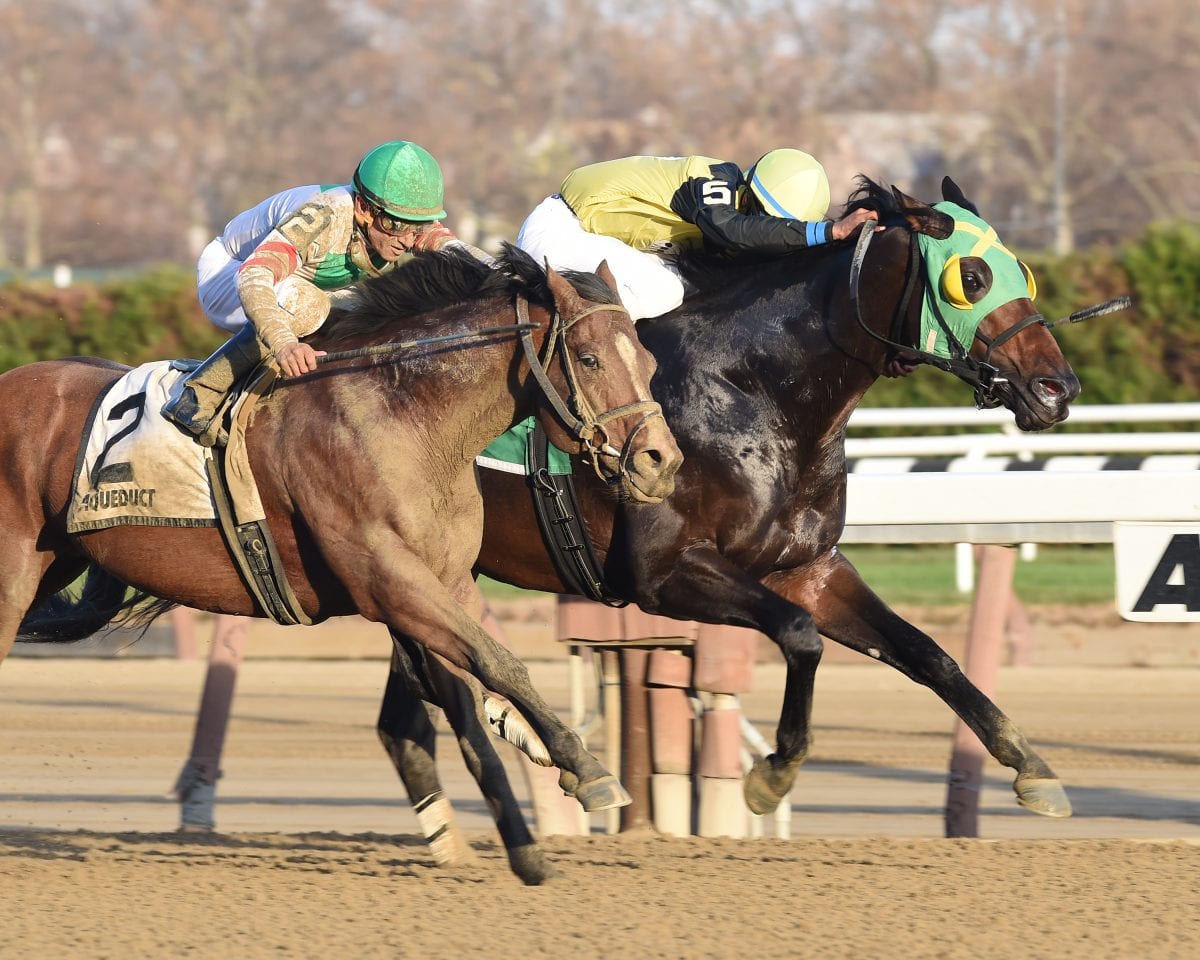 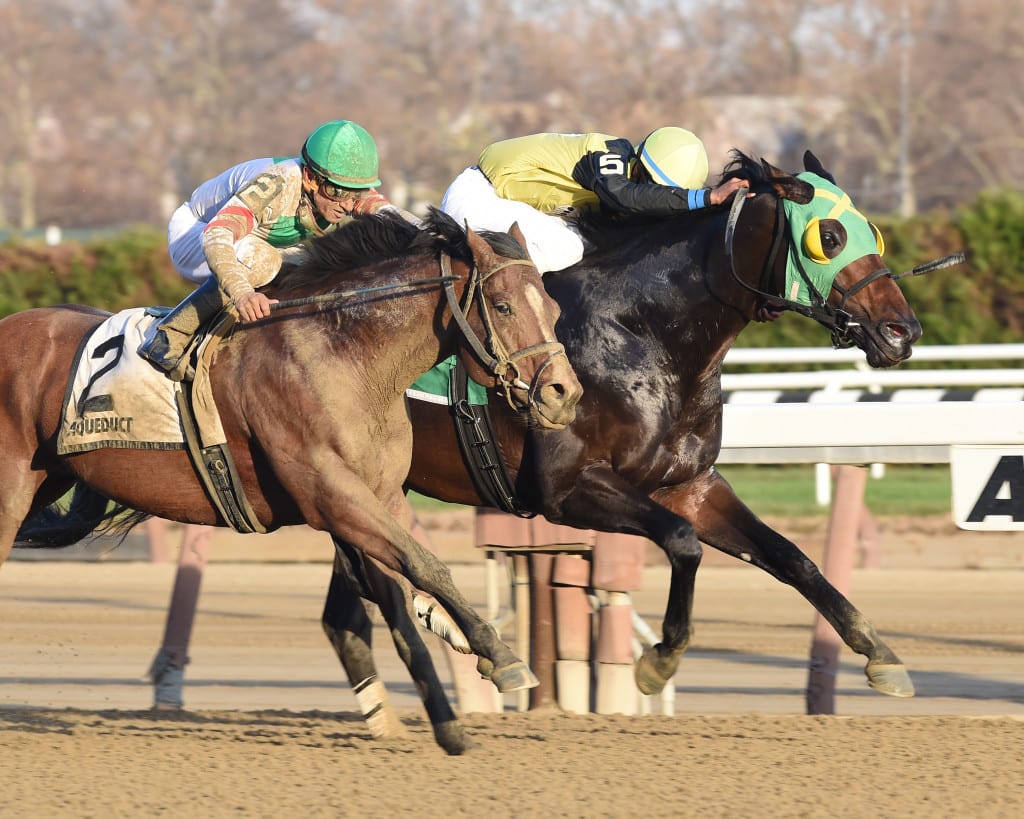 Green Gratto (inside) held on to win the G3 Fall Highweight on Thanksgiving Day. Photo by NYRA.

The New Jersey-bred topped a busy weekend for Midlantic-breds in graded stakes around the country.

Under a decisive ride by Kendrick Carmouche, Green Gratto broke sharply and went straight to the front, setting blistering fractions of 22.29 seconds for the opening quarter-mile and 44.71 for the half.

The son of Here’s Zealous maintained his advantage into the stretch with a host of pursuers taking aim. Palace, winner of last year’s Grade 1 Alfred G. Vanderbilt and Grade 1 Forego, mounted a bid on the rail as Salutos Amigos, the 3-2 favorite, swung to the outside to launch a wide rally, but Green Gratto remained resolute through the lane, hanging on to win by a determined head and completing the six furlongs in 1:09.95.

Green Gratto, a dark bay 5-year-old, entered the Fall Highweight off a narrow defeat in an optional claimer at the Big A on November 18.

“Last time I rode the horse and I kept him together pretty good and let him go nice and easy, but it didn’t work out,” said Carmouche. “This time, I told the trainer, ‘I’ll just let him roll. That’s the only way we’re doing to win.’ And that’s the way we won. He ran a good race. Hats off to the trainer, he did it all. I was just a good pilot.”

“It’s hard work and very emotional,” said Grant. “I’ve had this horse since he was a yearling, and he just kept trying. I knew all along he was the kind of horse to win a graded stakes race because he always showed it in the mornings. It was just a matter of putting it together in the afternoon. He’s just one tough guy and there’s no quit in him.”

Palace finished second, a half-length ahead of Fabulous Kid, who was followed by Pulling G’s and Salutos Amigos.

La Verdad, in what was potentially the last race of her illustrious career, pressed the pace but faded in the stretch to finish sixth. Captain Serious completed the order of finish.

Green Gratto, Grade 1-placed earlier in the year, was bred in New Jersey by Kaz Hill Farm.  He is by Here’s Zealous and out of the winning Smokester mare Starship Smokester.