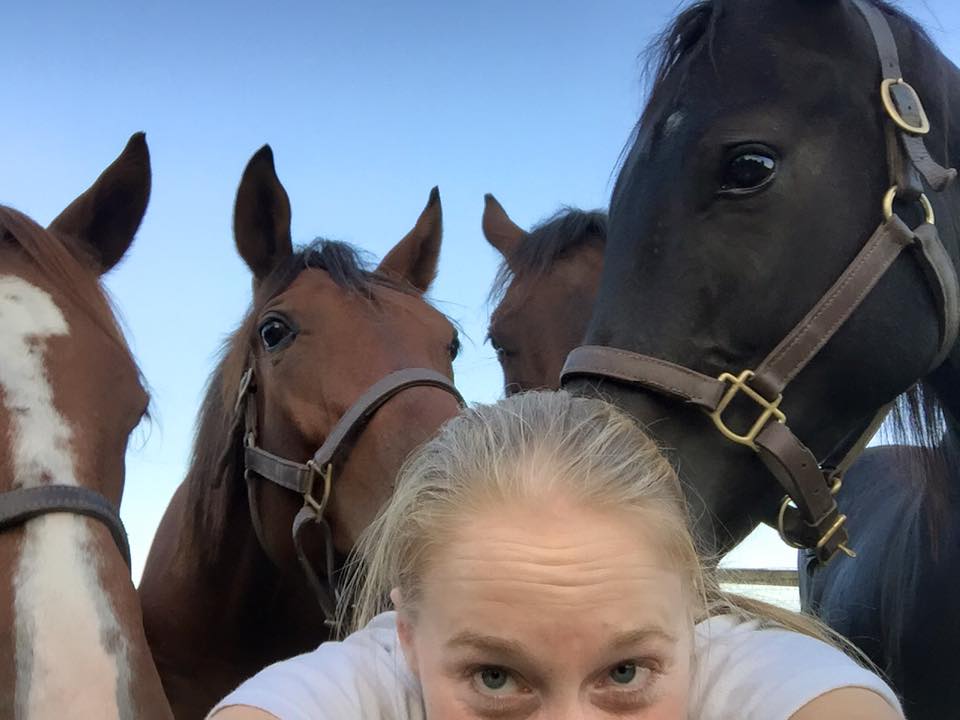 At 5:35 a.m., Keri Wolfsont responds to a direct message within seconds. Every morning’s busy, but this one is particularly so, the eve of the Colonial Cup card in Camden, where she and a half dozen equine charges await tomorrow’s races.

The assistant to Hall of Fame trainer Jonathan Sheppard, Wolfsont is based at his farm in West Grove, Pennsylvania. But when your boss is a man who trains more than 100 horses and runs them in a handful of states—over both the flat and jumps—you get used to life on the move.

Yet despite a peripatetic lifestyle, Wolfsont has, at age 24, firmly established herself in the Mid-Atlantic, recent developments further cementing the region as her home.

Until recently known as Keri Brion, she bought her first home a few months ago, not long before she married jockey Andrew Wolfsont, currently second-leading rider at Penn National. Last weekend, she got a long-elusive win—as a rider–at the Pennsylvania Hunt Cup aboard Going for It in the Athenian Idol. And this winter, as Sheppard builds new stalls, she’ll have nearly 75 horses in her care, the most she’s been responsible for at one time, while Sheppard is at his winter base in Florida.

Wolfsont grew up in Kirkwood, Pennsylvania, not far from where she currently works and about a mile from Ronnie and Betsy Houghton’s Sylmar Farm, an institution in the region that drew nationwide attention a few years ago as the birthplace of the multiple Grade 1 winner Princess of Sylmar.

“I started working there when I was 10,” said Wolfsont. “The Houghtons are my second family.”

Already a veteran in the saddle, she did there what 10-year-olds do: she washed water buckets, she cleaned halters. Immersed in the eventing world, she galloped her first horse at age 13.

“And that was it,” she said. “I knew it was going to be racehorses for me. I’d been leasing an event horse, and I stopped that. I stayed with the Houghtons and worked with their horses until I graduated from high school.”

And though she’d already begun working at Delaware Park, she put horse racing aside in favor of college, the recipient of a scholarship for pole vaulting at Indiana University of Pennsylvania.

“I wasn’t sick of horses, but I felt like I should give it a shot and do something different,” she said. “It was a big mistake.”

A lifetime at the barn had accustomed her to athletes with bad legs; it was a different story when those legs were her own. Injuries limited her to participation in only one meet at the collegiate level, and over Thanksgiving break, her good friend Mel Williams invited her to come ride freelance at the barn of her boss Jonathan Sheppard.

A pair of Eclipse Award winners greeted her.

“I walked in and I saw Informed Decision and Forever Together, and I thought, ‘This is serious,’” Wolfsont remembered. “I’d been around nice horses, but nothing like that.” 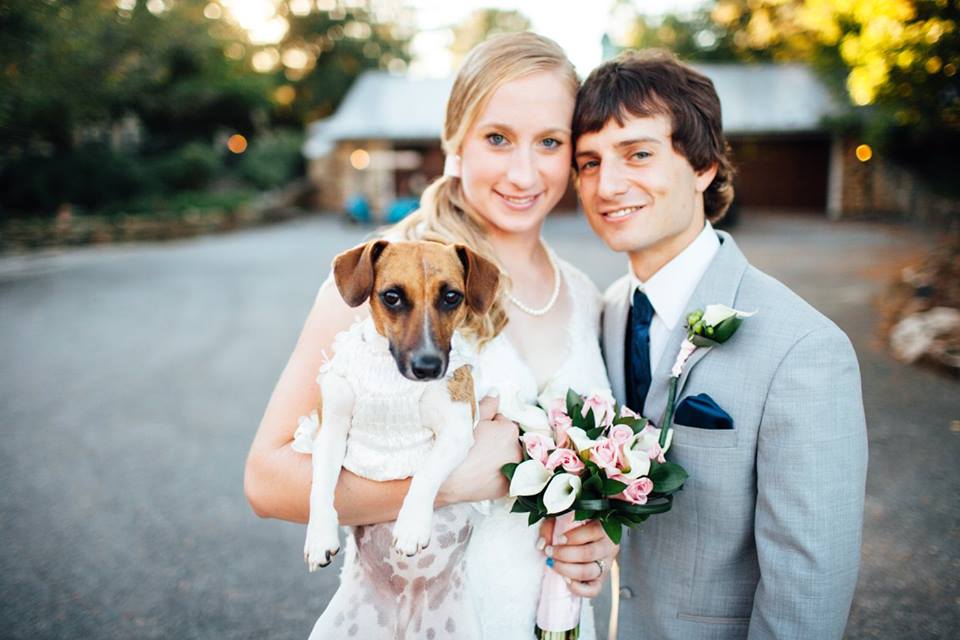 After the holiday Wolfsont returned to finish the semester, but by Christmas she’d packed up, moved home, and started working for Sheppard full-time, in exchange for promising her parents that she’d get her diploma.

She kept that promise two years ago, earning a degree in business management from West Chester University. A year earlier, she’d met Wolfsont, then beginning his career, when Sheppard named him on a horse at Penn National, an unusual move for a trainer who doesn’t usually ride inexperienced jockeys.

Within a year, she and the bug kid—no longer a bug–moved to Lancaster, equidistant from Sheppard’s farm and Penn National; their house is in Parksburg, Pennsylvania, shortening her commute and lengthening his.

Geography and job demands don’t allow for a lot of together time for the newlyweds, who married in September. She’s up before dawn; he can get home near midnight after riding the night card.

“It works out,” she said. “We’re both very work-oriented, and it’s hard to find somebody that understands that the job pretty much comes first.”

For Wolfsont, “the job” includes not only training and racing, but also keeping an eye out for runners, her own and other people’s, that are ready to head off the racetrack. Earlier this year, she and her husband were instrumental in helping New York-bred Sportswriter transition to a new career.

A stakes winner who’d found his way to a $4,000 claimer at Penn in January, Sportswriter had the good fortune to be ridden by Andrew Wolfsont, and though he won his last start decisively, his trainer and owners agreed that it was for the six-year-old to be retired.

Enter Keri, who within days had placed him at River Hill Foxhounds, posting photos on social media to celebrate.

“I’ve been paying more attention at Penn National since I began dating Andrew,” she said. “I have such an appreciation for the old, hard-knocking horses, and I try to help them as much as I can.”

While she’s in no rush to go out on her own, Wolfsont does eye a career as a trainer down the road. On the other hand, she’s been learning in the barn of a master who continues to increase her responsibilities, and a wedding and a new house are enough in the way of life changes, at least for now.

This weekend, she’ll saddle six in South Carolina for Sheppard. Among her starters will be Wigwam Baby in the Springdale Hurdle Stakes following an allowance win at Montpelier earlier this month. Powerofone, coming off a good second at Montpelier, will try to get his first win since 2013 in the Ratings Handicap Hurdle, and Lune de Caro will take a shot in the featured Colonial Cup.

In a few weeks, the Wolfsonts will leave horse racing behind, finally getting to enjoy a deferred honeymoon when their schedules slow down.

“Back to work,” she said. “On January 1, we start legging up the jumpers.”