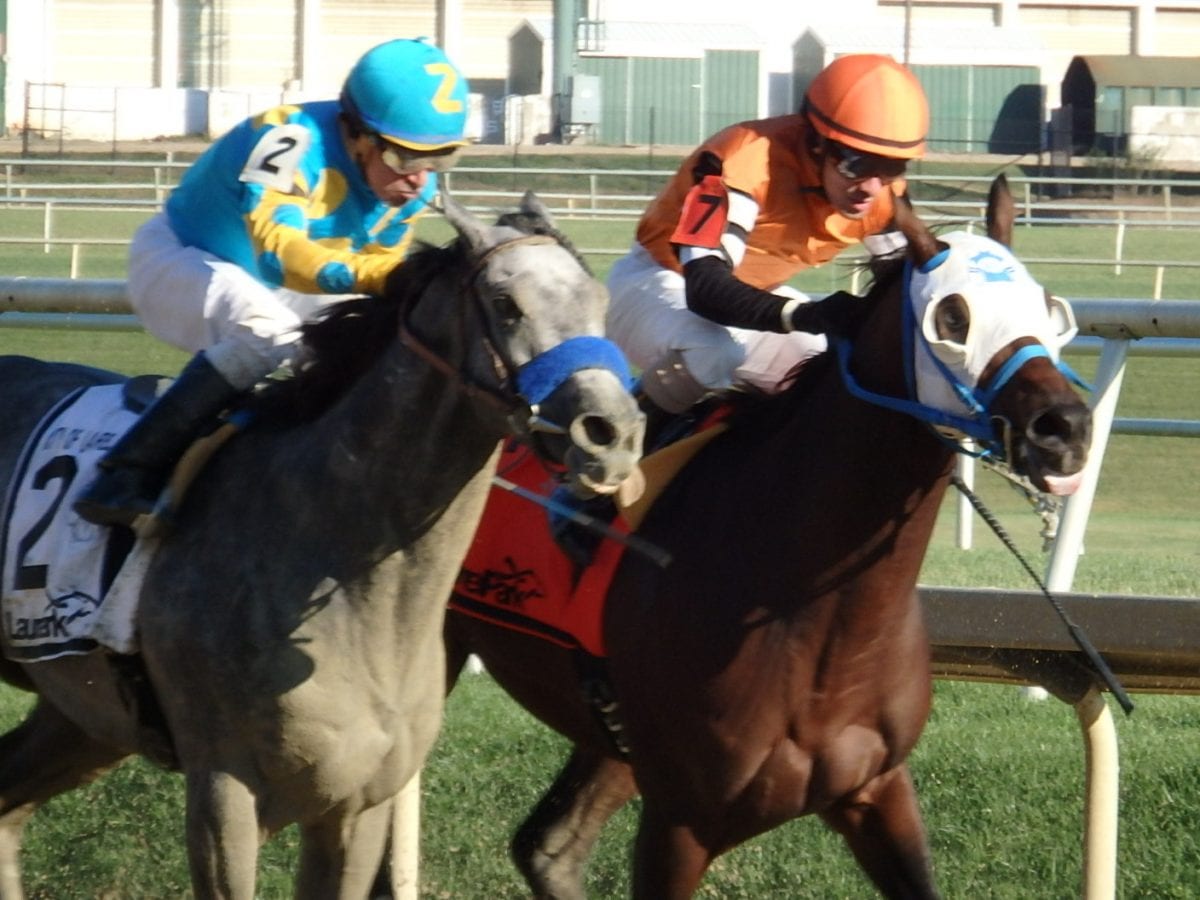 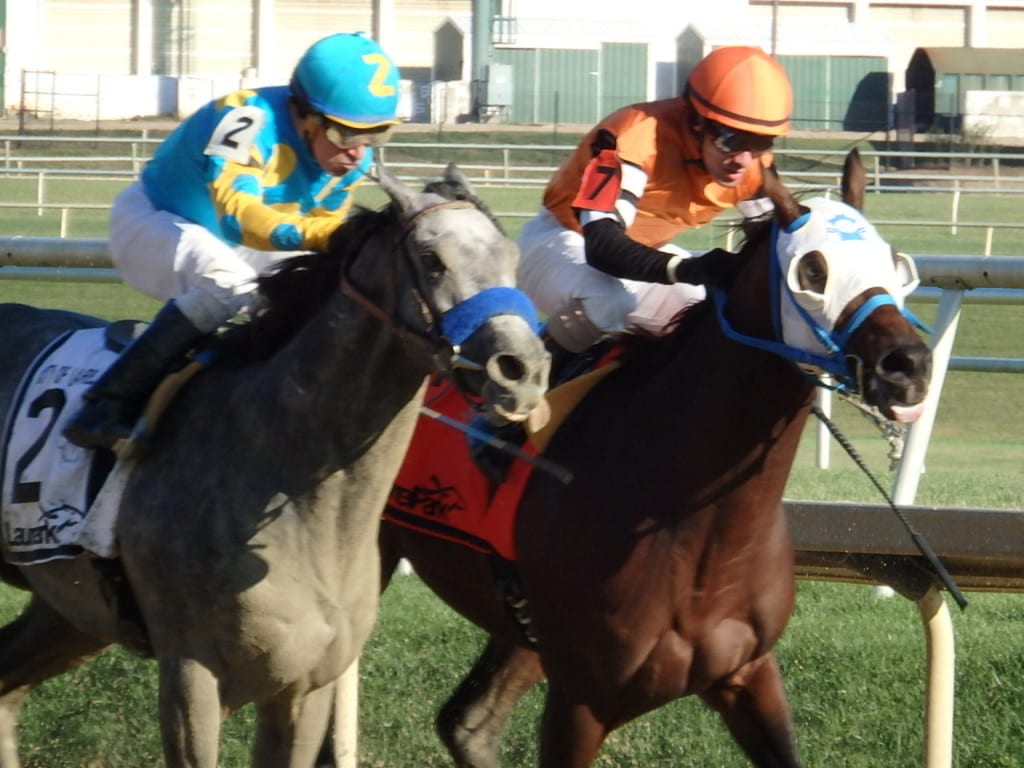 El Kabeir (#2) had the longest nose and won the City of Laurel Stakes in a three-horse photo over Roxbury N Overton (inside) and Duff (not pictured). Photo by The Racing Biz.

Zayat Stables’ El Kabeir came through as the even-money favorite to win Saturday’s $100,000 City of Laurel Stakes at Laurel Park, but the 3-year-old colt was pushed to the limit to prevail by a nose in a three-horse photo finish.

The victory was the son of Scat Daddy’s first since capturing the Gotham (G2) at Aqueduct in March and being scratched from the May 2 Kentucky Derby (G1) the day before the race with an injury in his left-front foot.  That was scant problem for the Zayats, who swept the Triple Crown with American Pharoah, but it was a disappointment to trainer John Terranova.

El Kabeir was making his second start since returning from a 6 ½-month layoff to finish fifth in the seven furlong Bold Ruler (G3) at Belmont Oct. 31.  In retrospect, Terranova called it his final work prior to the City of Laurel.

“We gave him a couple months off after the Derby. The Zayat family, obviously, had American Pharoah going through the summer, so we just gave this horse the proper rest. He had nine straight races from the time he started as a 2-year-old. We said, ‘Let’s let him grow up,’” trainer John Terranova said. “Since he came back training he hasn’t missed a beat. He ran a couple a weeks ago in the Bold Ruler – a tough race to come back in. Today, he had to grind it out a little late. Once we put him back in route races, that’s when I think we’ll see him coming back into top form.”

El Kabeir broke cleanly from the starting gate to gain an inside stalking position behind pacesetters Savoy Stomp and Roxbury N Overton in the seven-furlong sprint for 3-year-olds. Cornelio Velasquez sent El Kabeir between horses on the turn into the homestretch, and the Florida-bred colt dug in tenaciously in the stretch to eke out a victory with an outside drive. Roxbury N Overton, a 23-1 outsider ridden by Joshua Navarro, held on gamely, to finish second, a nose in front of Duff, who made a late drive along the rail under Daniel Centeno.

“My horse broke good and we got good position,” Velasquez said. “I think the horse is much better going long. Seven-eighths is too short for him. He’s a very good horse, but longer will be better.”

El Kabeir ran seven furlongs in 1:23.58 to register his fifth victory in 10 starts that include stakes scores in the Gotham, Jerome (G3) and Kentucky Jockey Club (G2).

“He was so brilliant as a 2-year-old. Then, he learned to rate, stretch out and finish and as the distances increased, he was still successful,” Terranova said. “He really developed into that kind of runner and I think that’s what we’re going to see more of down the road.”

“We’ll talk it over with the Zayats and see how he comes out of this race,” Terranova said. “We’re happy to get this one under his belt and happy to see him back in the winner’s circle.”