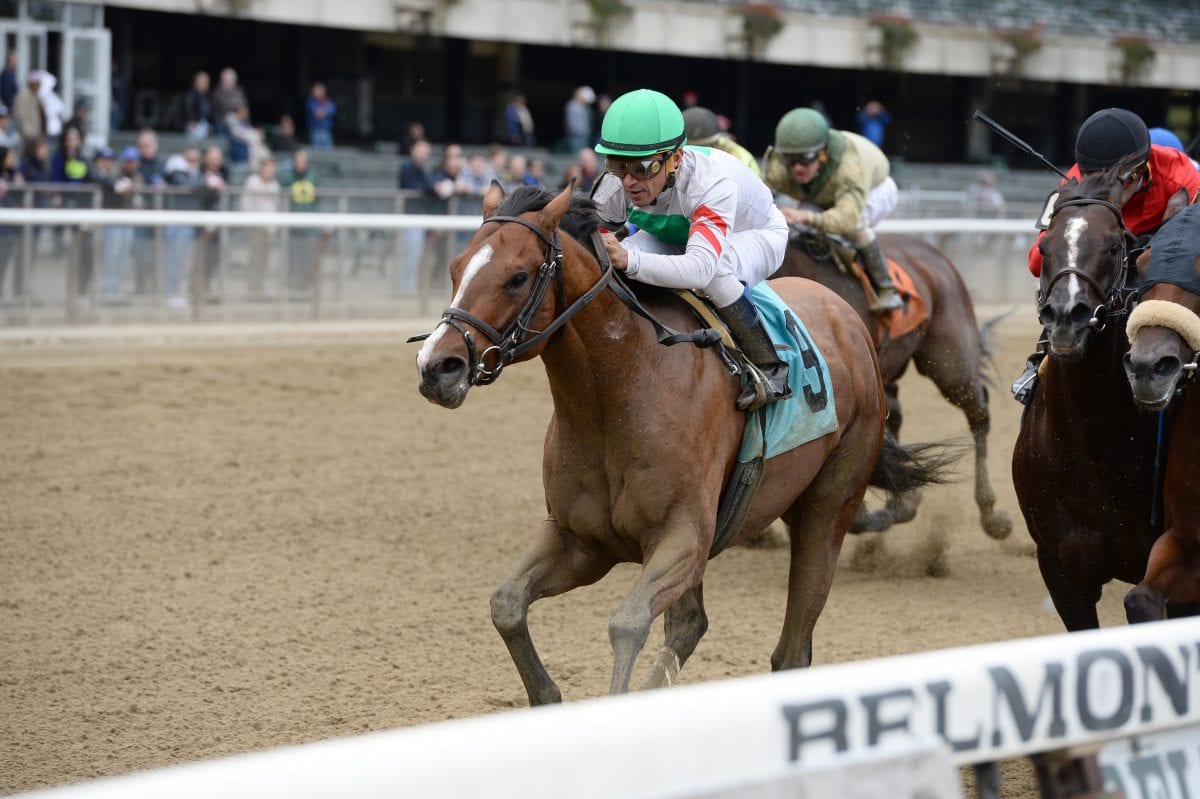 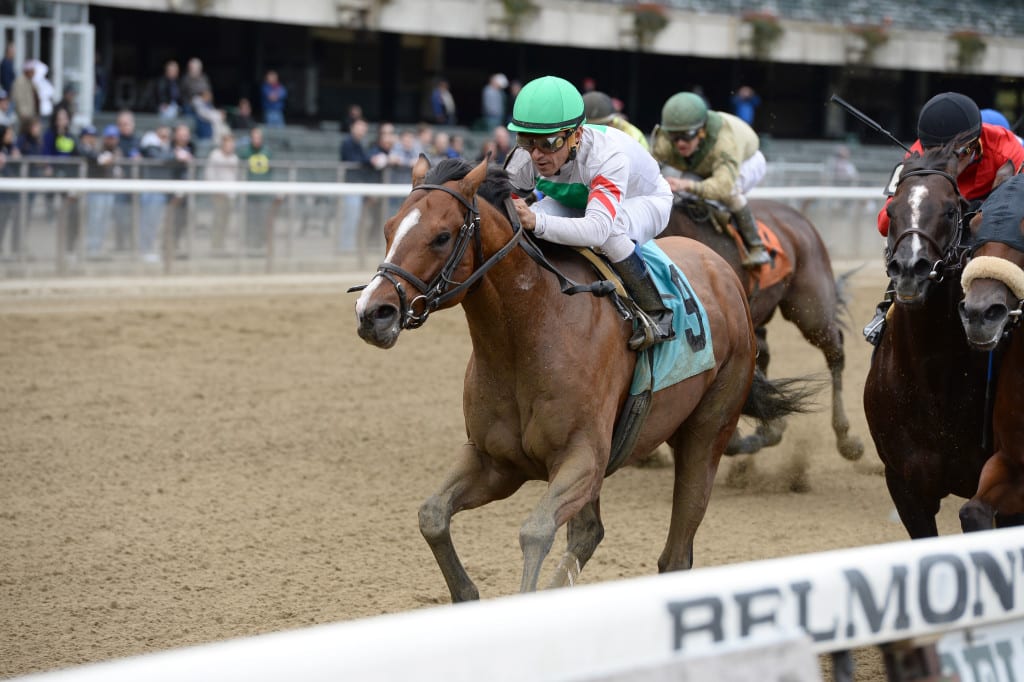 From a Maryland Jockey Club release
Twenty-one months after making his first and only trip to Maryland, Antonino Miuccio’s multiple Grade 1 winner Palace will return to Laurel Park as the headliner in Saturday’s $350,000 Frank J. De Francis Memorial Dash.

A 6-year-old son of City Zip, Palace will be making just his fifth start of 2015 in the De Francis, and first since a half-length victory over fellow New York-breds in the Hudson Handicap Oct. 24 at Belmont Park. He was fourth, beaten less than a length, in the Grade 1 Vosburgh Sept. 26, which came two months after he was injured running second in the John Morrissey at Saratoga.

Trainer Linda Rice briefly considered making the seven-day turnaround and running Palace in the Oct. 31 Breeders’ Cup Sprint (G1), where he finished sixth in 2014, only to opt for a return to Maryland. Palace was fourth in the General George Handicap (G3) Feb. 17, 2014 at Laurel.

“We’ve had kind of a difficult year with him. He just could never really get on track,” Rice said. “He fell out of the gate at Saratoga and got a pretty nasty injury, and it took us quite a while to get him back to the races. He ran a nice race in the Vosburgh. He kind of got trapped down inside and still only got beat three-quarters of a length, so I was very happy with his performance there. Then he came back and won the Hudson and got back to his winning ways. We decided not to run in the Breeders’ Cup and point to the De Francis instead.”

“He’s been an absolute pleasure to have,” Rice said. “It’s going to be very hard to let him go, because he’s been part of our stable for quite a while. He’s certainly been very much one of our favorites.”

Palace will carry jockey Cornelio Velasquez and 118 pounds from post 3 in the nine-horse field.

Barbara Hopkins’ Trouble Kid enters the De Francis having won four consecutive races by nearly 29 combined lengths, including the Grade 3 Gallant Bob and Valley Forge Stakes at Parx in successive starts. The Harlan’s Holiday gelding is one of two 3-year-olds in the field, along with Sir Rockport, making his stakes debut.

Anthony McCarthy’s Spring to the Sky, a front-running winner of the six-furlong Laurel Dash on Sept. 12, will be making his 32nd career start in the De Francis and first on the dirt since finishing ninth in the 2012 Bold Ruler (G3) at Belmont Park. The 6-year-old son of Langfuhr is a multiple stakes winner on the grass who exits the Nearctic (G2) Oct. 18 at Woodbine.

Another multiple stakes winner trying the De Francis is the David Jacobson-owned and trained Stallwalkin’ Dude, most recently eighth in the Breeders’ Cup Sprint. Nine-for-11 lifetime at the distance, he was third by a neck in the Vosburgh and won the Tale of the Cat by a nose, the latter Aug. 23 at Saratoga.

Maryland-bred Sonny Inspired has finished third in three consecutive starts for trainer Phil Schoenthal, beaten a head and a neck over his past two on dirt after a pair of failed attempts on turf. The 4-year-old Artie Schiller gelding has been in the top three in 13 of 15 lifetime trips at Laurel.

Rounding out the field are Cutty Shark, runner-up in the General George in February; multiple stakes winner Gentlemen’s Bet; and Jack’s in the Deck, most recently a nose winner of the Maryland Million Sprint Oct. 17.

Maryland-based Page McKenney, whose stakes victories include a pair at Laurel over the winter, drew post 8 in a nine-horse field and topweight of 124 pounds in the Richard W. Small. Among his challengers are Grade 2-placed Legendary, Grade 3-placed Ever Rider and Service for Ten, multiple stakes winner Talk Show Man, and 2014 Claiming Crown Jewel winner Catholic Cowboy.

King Kranz, second in the Oct. 17 Futurity (G2) at Belmont Park, stakes-placed Discreet Lover and unbeaten Corvus top a field of nine in the James F. Lewis III, while seven will run in the Smart Halo including Sorority Stakes runner-up Crystal Rosario and Fly Girl and Table Jumper, who ran 2-3 in the Maryland Million Lassie Oct. 17 at Laurel.