Maryland Racing Commission chairman Bruce Quade will step down from that position, he announced at today’s regular monthly Commission meeting at Laurel Park.  Quade had become chairman in mid-2013. 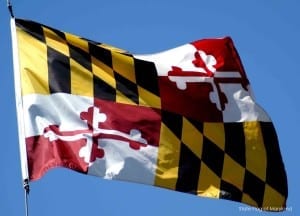 “I’ve greatly enjoyed being chairman,” Quade said in an interview after the meeting.  “I hope that the passion I have for racing has translated into some concrete contributions to the industry.”

Certainly, his fellow commissioners, and many in the industry, seem to think that’s the case.  Quade is slated to receive an award next month from the Maryland Racing Media Association for his work.  And several at the meeting rose to praise Quade’s tenure.  Commissioner Mary Louise Preis called him a “very inclusive” chairman who took extra steps to involve the members of the Commission.

And Bill Fasy, from Ocean Downs, chimed in, “My hat’s off to you.”

Quade himself cited a number of accomplishments by the Commission and the racing industry as a whole in Maryland.  Those include:

All told, those steps have helped put Maryland racing on firmer ground within the state, and within the national industry, than it had been for many years.

“All of these have helped us build good rapport with Governor Hogan’s administration and with the General Assembly,” Quade said.

Quade, recently reappointed by the Hogan to an additional four-year term on the Commission, said that he hoped “to continue to contribute” to the Commission’s work and the industry’s growth in the years to come.

McDaniel, the incoming chairman, called it “a privilege and an honor to follow Bruce Quade” as chairman and said that he viewed his basic charge in the role as “to stay the course” that the Commission had charted in recent years.

NOTES FROM THE COMMISSION