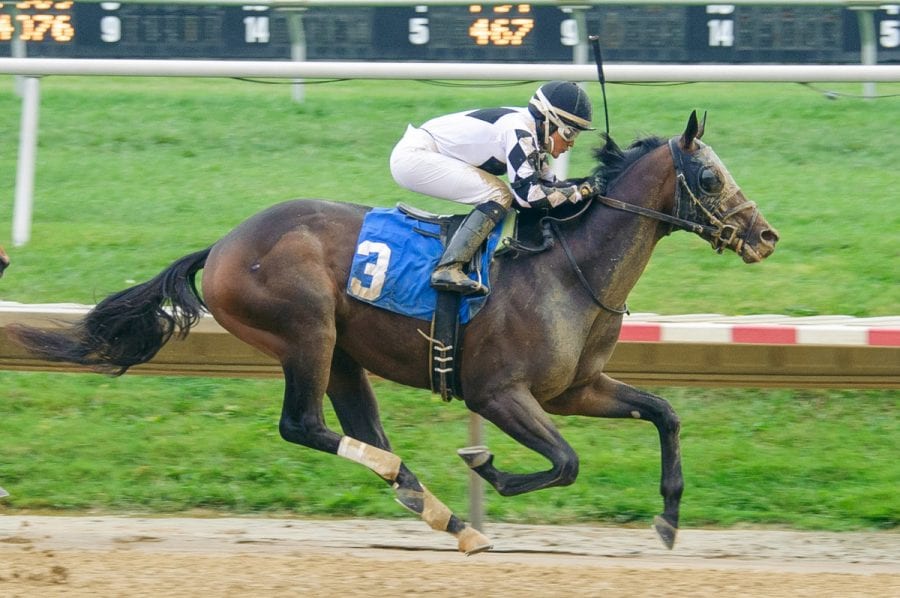 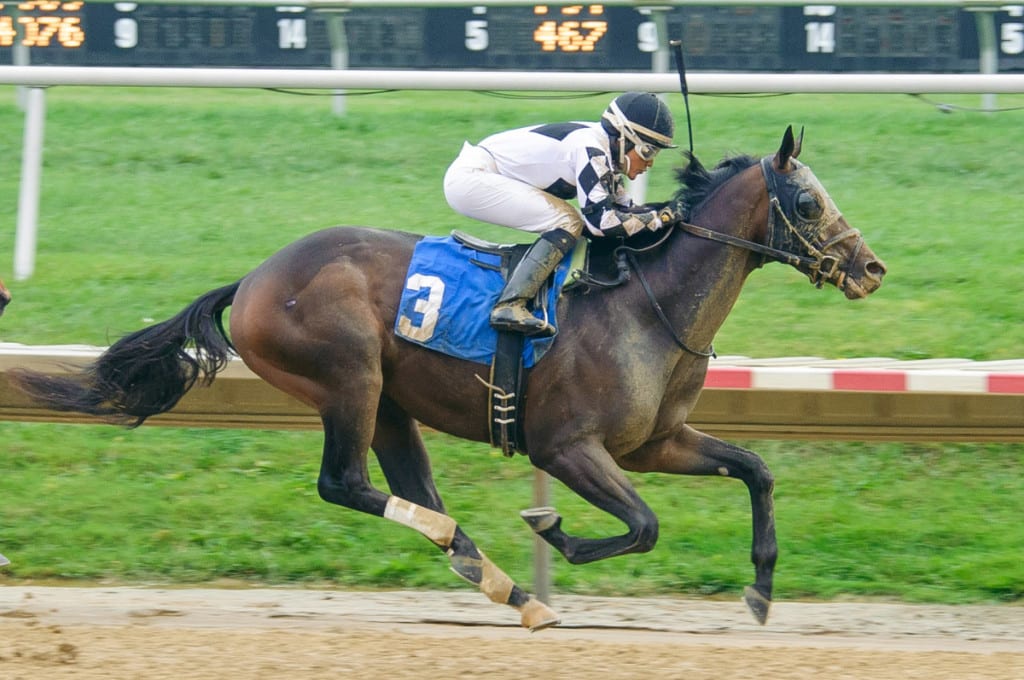 Ravenheart broke his maiden at first asking two weeks ago at Delaware Park. Photo by HoofprintsInc.com

In the weeks leading up to his originally scheduled career debut on Maryland Pride Day at Laurel Park on August 22, Ravenheart had still not given trainer Francis “Tres” Abbott, III, enough indication that he was ready to score at first asking.

So Abbott went to Plan B, and that turned out to be the right move.

“We were really hoping to run him on that Maryland Pride card, but he just wasn’t ready for that race,” Abbott said. “He needed a few more works and we worked him a couple of times from the gate and he did very well. He didn’t show a lot of speed in his career debut, but it was a good experience for him. He settled in nicely and then passed horses on the turn and in the stretch and got up to win by over a length.”

Now heading into this Saturday’s $100,000 Maryland Million Nursery for two-year-olds, Abbott is hoping that Ravenheart will continue his upward climb for an owner that is accustomed to traveling downhill at a high rate of the speed. Ravenheart is one of seven two-year-olds that Abbott trains for Olympic gold medal skier Bode Miller, who is currently in Italy and not expected to return for the Maryland Million card.  In fact, Ravenheart is the first horse to post a win in Miller’s name.

“He’s definitely got some older breeding,” Abbott said. “But Bode wanted to get some yearlings, and he bought one of the barns at Fair Hill and was looking to have some two-year-olds that could run in Maryland.”

Ravenheart, getting Lasix for the first time, is listed as the 5-2 morning line favorite for the Nursery off his maiden special weight score at Delaware. Carol Cedeno, on the brink of the Delaware riding title, will come to Maryland for the mount.

Though Ravenheart’s credentials are limited — merely a maiden win — they stack up nicely in the Nursery field.  None of his foes has won an allowance or stakes race, and only two others graduated against maiden special weight rivals. Three are still maidens, and two will make their career debuts in the Nursery.

“When I looked over the noms for the Nursery it didn’t look like the race would come up that tough,” Abbott said. “There are some horses in there that look like they’re well-bred and some others that have more experience, but no one seemed to really stand out.”

Ravenheart and Abbott will make the modest commute from Fair Hill for the Nursery on Saturday, but his famous owner will likely not make the long return flight from Italy for the event. Miller, who also has horses on the west coast with trainer Bob Baffert, is not expected back in the states until next week.

“I try to keep Bode updated on the horses by email, but it’s tough to get a hold of him,” Abbott said. “Besides they are six hours ahead of us over there. But I know he’s anxious to hear how he does on Saturday. If he wins, I am sure he will hear about it right away.”