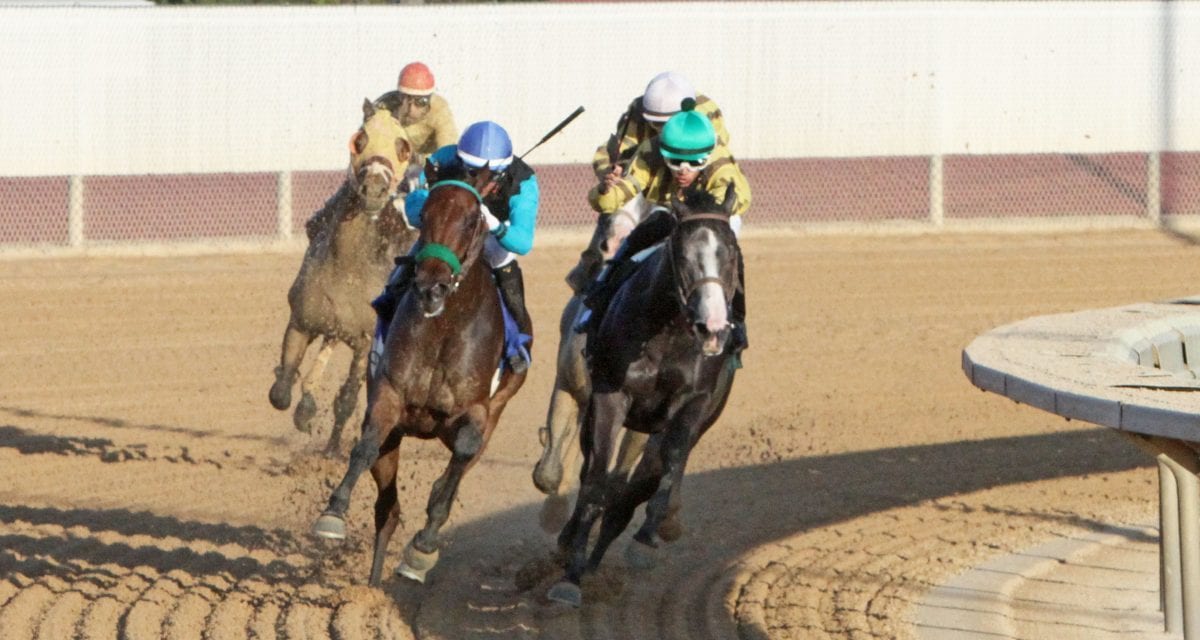 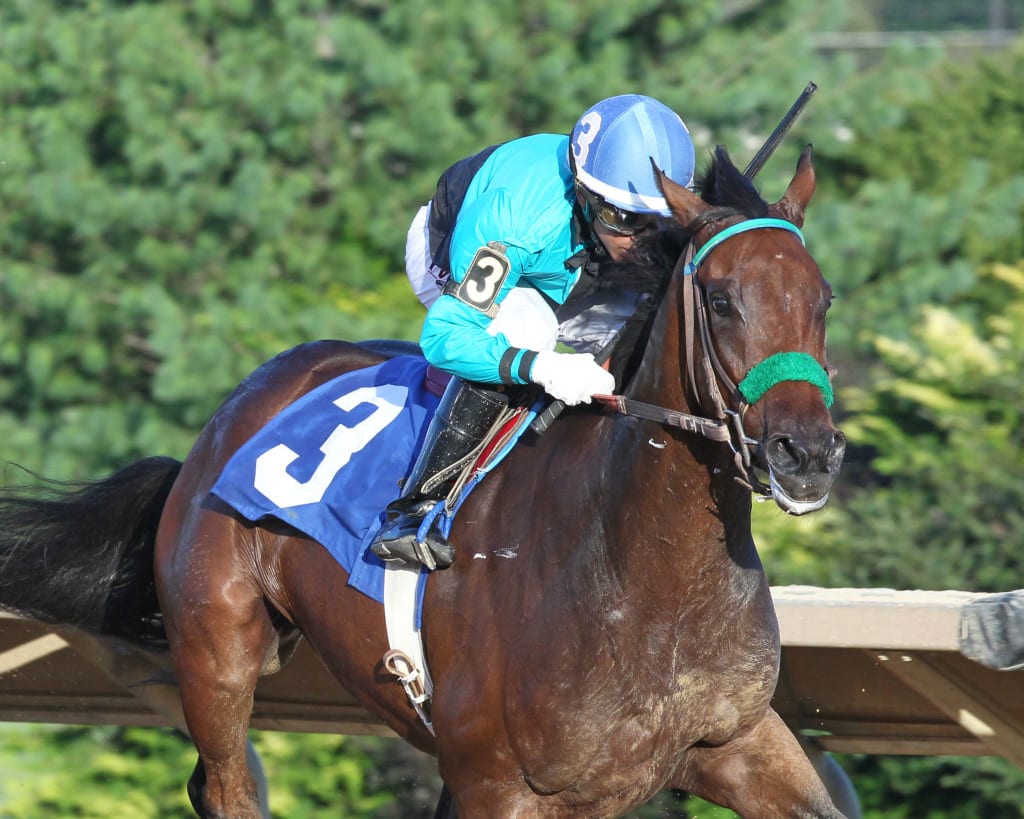 While the $500,000 West Virginia Breeders Classic for the older males will highlight the Charles Town card on Saturday night, the seven-furlong, $150,000 Cavada Stakes for fillies and mares three and up that precedes the Classic will perhaps finally determine which local distaffer is the new queen of the division and heir apparent to the late Down Town Allen.

Among the seven fillies and mares that will go postward in the Cavada, much of the attention will get directed at three ladies from different barns and varying ages who drew inside and alongside one another. In fact, in a race where older mares such as Down Town Allen often dominated, it is highly likely that the lone three-year-old in the field, Harlan’s Destiny, will go postward as the favorite for trainer Jeff Runco.

“We got her about five or six weeks ago and she’s been doing good,” Runco said. “She’s had a couple of nice, half-mile workouts for us and we expect her to run a good race on Saturday. There are some really good ones in the field. My other filly, Pocket Gift, has always done well over the track and she won the prep race for this against some nice fillies.”

Harlan’s Destiny won all three of her local starts last year for owner-breeder James F. Miller while still under the tutelage of trainer Wayne Catalano. She has yet to win in three starts this year, however, finishing fourth in the Grade III, $150,000 Bourbonette Oaks at Turfway Park and seventh in the Grade II, $250,000 Beaumont Stakes at Keeneland before finishing fifth in the $75,000 Panthers at Prairie Meadows.

Runco’s other starter in the Cavada, Pocket Gift, has won five of 10 starts over the local strip but is winless in three tries at the seven-furlong distance. She won the Ann Hilton Handicap last month over the talented David Walters-trained duo of Cuppa Mucha Mojo and Chrome Mine, avenging an earlier setback against the latter in the 2014 edition of the Sylvia Bishop Stakes here for state-bred three-year-old fillies.

Looking to foil the Runco tandem’s bid for Cavada glory is Red Hot Diva, a durable five-year-old Devon Deputy mare trained by Ollie Figgins, III for owner-breeder Naomi Long. Red Hot Diva has been a model of consitency throughout her career, posting 10 wins and six second-place finishes from 22 lifetime tries. She also sports two wins and two second-place efforts from six starts at the Cavada distance, including a second-place finish to Chrome Mine in the latest edition of the Sadie Hawkins and a runner-up performance behind the late Down Town Allen in the 2014 renewal of that event.

“I really like her chances in there,” Figgins said. “She ran a winning race last time in that prep and just got beat. But the cutback in distance [from one-mile and one-sixteenth] to seven furlongs is going to help her. She’s got enough speed to lay close and then hopefully she’ll fire in the lane. She’s coming into it just right and I’m hoping she delivers for us on Saturday.”

In each of the two prep races for the Cavada, Cuppa Mocha Mojo played second fiddle to stablemate Chrome Mine, who won the Sadie Hawkins, and then to Pocket Gift. But now the four-year-old daughter of Mikimoto’s Mojo trained by David Walters for owner-breeder Terri Catlett has a chance to shine this weekend. Cuppa Mocha Mojo has won three of five starts this year after winning both of her outings in a belated start to her career last fall at age three.

Runco will also have a chance to be in the spotlight earlier on the card when he saddles Stoweshow in the Triple Crown Nutrition BC, a race being contested at the two-turn distance of 6 1/2-furlongs for the first time. A Flatter filly out of a Theatrical mare, Stoweshoe has won both of her starts at the one-turn dash distance, including a handy score against the boys in the Henry Mercer Memorial here last month. Runco does not believe the added distance will be a factor.

“Actually, I think she’ll love the extra distance,” Runco said. “She’s got plenty of speed, but she really wants to go a little bit further. I think the two turns and the extra furlong is going to be to her advantage. There are some other fillies in there with speed, so we’ll see if she gets pressed early. There are a couple in there that have already been two turns, so we’ll see if that plays a factor.”

Two other fillies with an abundance of early speed in the Triple Crown Nutrition include Aye a Song, who has won both of her starts including the Rachel’s Turn Stakes for owner-trainer-breeder John McKee and R C’s Daisyduke, the beaten favorite in the Rachel’s Turn. R C’s Daisyduke is a full sister to one-time Charles Town star Jax And Jill and is trained by Scott Lake for owner-breeder Robert Cole, Jr. Neither has tried the race’s 6 1/2-furlongs distance.

But trainer John A. Casey has a pair of fillies that possess two-turn experience and they exit the same, faster half of a split maiden special weight race here in four weeks ago. Romantic Cork, a daughter of Denis of Cork owned and trained by Casey, prevailed that night in 1:19.77 for the 6 1/2-furlongs, while stablemate Jacky’s Notion settled for second after setting the early tempo. Both were bred by his father, James W. Casey.

“I know there’s a lot of speed in there, but both of my fillies have already been two turns and gotten the distance,” Casey said. “Romantic Cork has always shown me that she wanted more distance. She ran okay going 4 1/2 the first two times, but that last race was really good. Jacky’s Notion has plenty of speed, but there’s a lot of speed in there already. My dad bred them both, so it would be a nice breeder bonus for him if they both ran well.”