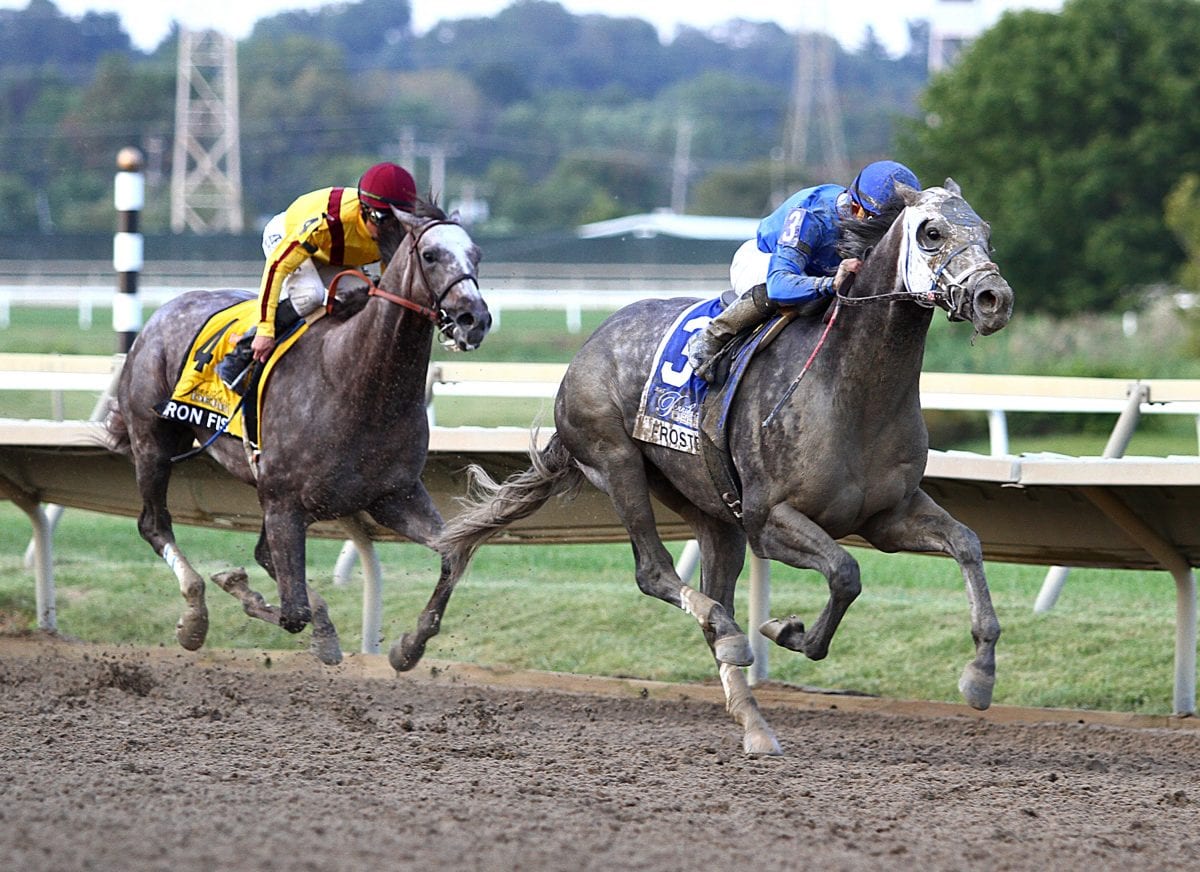 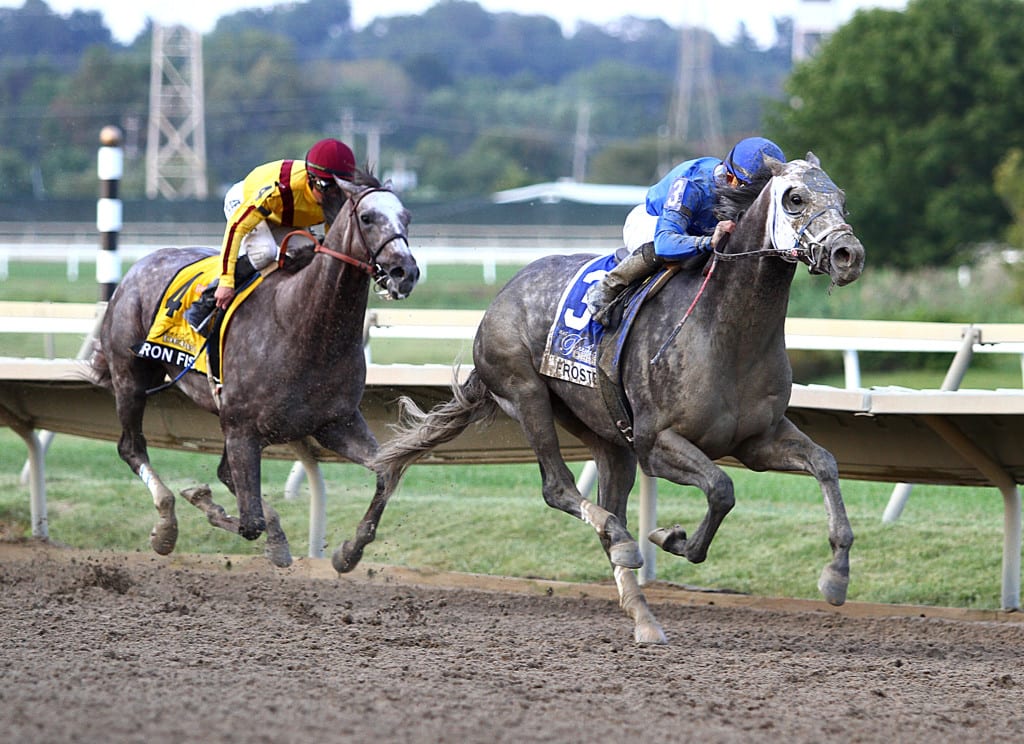 Frosted won the $1 million Pennsylvania Derby on the centerpiece day of the track’s Fall Festival. Photo By Taylor Ejdys/EQUI-PHOTO

While there are immediately apparent reasons for that — namely, that Saturday’s card includes a $100,000 stake, the Plum Pretty, and 11 races versus the nine on Sunday — the larger reason can be found on the back of the Parx Racing overnight.

“Starting Sunday October 11, purses will be adjusted to approximately $300,000 per day until the end of the meet on December 22nd,” the notice reads.

“Adjusted” being the more pleasant term for whacked.

The practical effects of that change are immediately apparent.  On Saturday, a second-level allowance bears a purse of $86,000.  On Sunday, a race under the same conditions has a much-reduced, though still solid, purse of $52,000.  That’s a 40 percent reduction.

Why the sudden change?

Parx director of racing Sam Elliott told the Daily Racing Form to blame the quarantine in place at the track because of a positive test for equine herpesvirus.  As a result of that, though horses may ship in to Parx, they are prohibited from leaving until the state gives the all-clear and lifts the quarantine.

That quarantine has already had baleful effects on the Parx Racing product.  Saturday saw more than 30 scratches, with the featured, $150,000 Roamin’ Rachel Stakes reduced to just two runners.  Total wagering on that race, in which $120,000 of purse money was awarded to the two runners, was less than $12,500.

Elliott told the Form that, since the track would be unable to draw the higher-end out-of-state runners the inflated purses were intended to attract, it made sense to cut back on the premiums.  The new purses are still higher than those prior to the beginning of the Festival, in early September and will continue for two months past the scheduled end date.  In August, for example, a second-level allowance carried a purse of $44,000.

The “Fall Festival” at Parx, originally conceived of as a way to create a pseudo-boutique meet at the Bensalem track, saw purses approximately double and was intended to run through October 20. Huge purses, the theory went, would attract big fields and robust wagering.  The theory worked, sort of, but not in a particularly sustainable way: the doubling of purses led to a roughly 27 percent increase in field size, according to the Paulick Report.  And that, in turn, begat a roughly 16 percent increase in handle.

The Fall Festival’s increase in purses is to be paid for via a reduction in live racing days.  Parx, which typically has run about 210 days in recent years, is scheduled to run 156 in 2016.