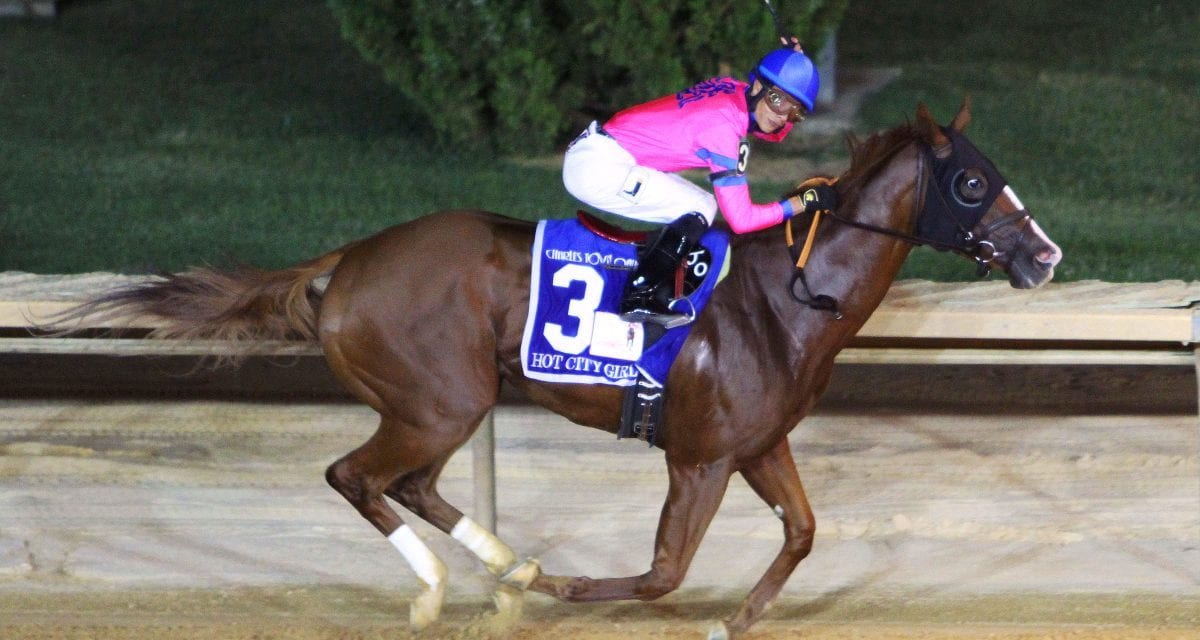 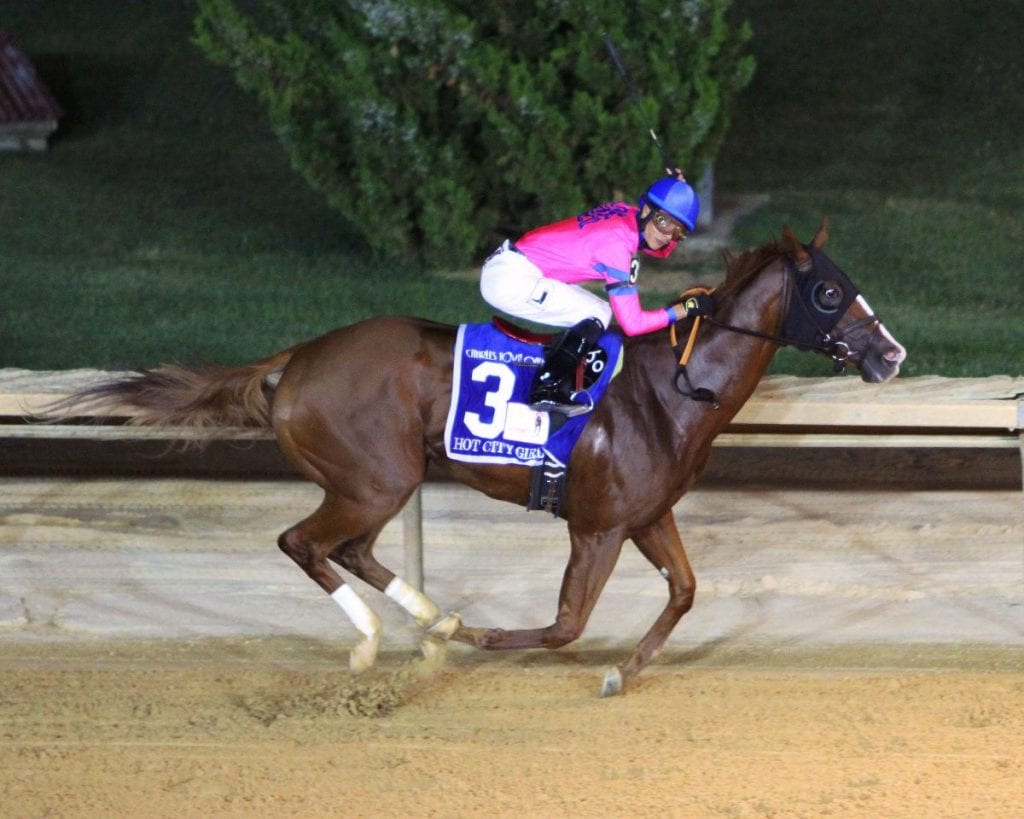 Lady Sheila Stables’ Hot City Girl grabbed the lead at the start and never looked back as she scored the first graded stakes victory of her career, taking the $350,000 Charles Town Oaks (G3) by 2 1/4 lengths over Temper Mint Patty on Saturday evening at Hollywood Casino at Charles Town Races.

Under jockey Jose Ortiz, Jr., Hot City Girl was able to cut out an opening quarter-mile in :22 4/5 and opening half-mile in :46 3/5 with 40.50-to-1 longshot Toutsie Rules sitting just off her flank. The daughter of City Zip – equipped with blinkers for the first time on Saturday night – repelled the challenge by Toutsie Rules nearing the top of the lane and was able to widen her margin while stopping the clock in 1:23 4/5 for the seven furlongs. Toutsie Rules settled for third after being nipped in the final strides by the Todd Pletcher trained Temper Mint Patty.

“We’re absolutely thrilled,” said Hot City Girl’s trainer Linda Rice. “I’d scratched her out of the Prioress when she drew the 1 [post] in a large field and I didn’t like the way the race set up for her. She was 6-to-1 in here, so it wasn’t like she was a big favorite or something, but Jose [Ortiz] rode a beautiful race.”

Last seen in tiring to fifth in the 1 1/16 mile Mother Goose (G1) on June 27 at Belmont Park, Hot City Girl’s win in graded stakes company was important for Rice, who also trains her half-sister, the accomplished sprinter La Verdad.

“We had been trying to get her graded placed or a graded win. She’s a half-sister to La Verdad and I’ve trained for Mrs. Rosenblum for a while, so this is special.”

Sarah Sis, the 1.50-to-1 favorite raced on the rail in third behind the top two before tiring to finish last in the field of six. Second choice Fusaichi Red, coming in off a good third in the Prioress, raced 3-wide on both turns and checked in fifth, four lengths in front of White Clover.

As far as what might be next for Hot City Girl, Rice thinks another 7 furlong graded stakes for three-year-old fillies might be on the agenda.

“After watching her tonight, I think we might try her in the Raven Run at Keeneland coming up.”

The all-sources handle of $1,992,036 for the night represents the second largest non-Charles Town Classic day handle figure in the track’s 82 year history, trailing only the 2013 Race for the Ribbon card. The final of Charles Town’s three event days for 2015 is coming up on October 10 as the track plays host to West Virginia Breeders’ Classics XXIX.