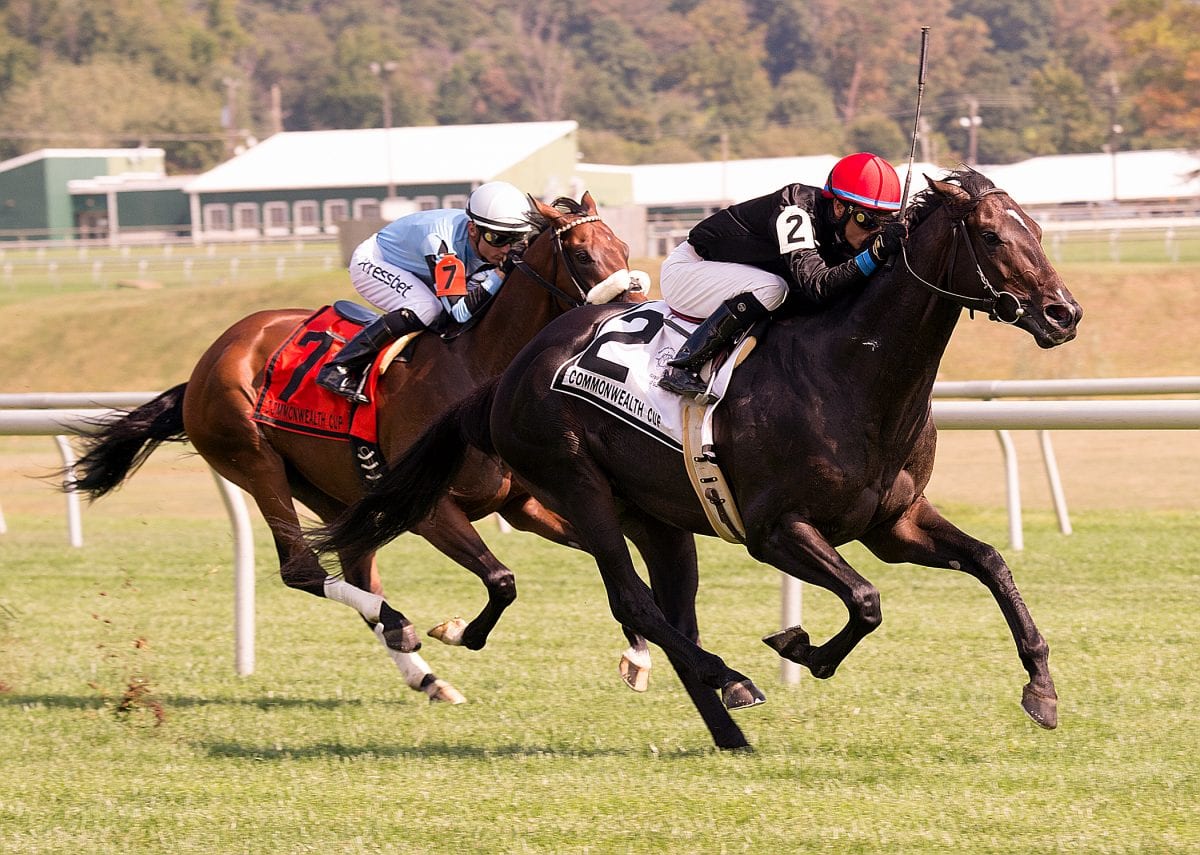 Phipps Stable’s Mr Speaker made a statement in Saturday’s $250,000 Commonwealth Cup (G2) at Laurel Park, making it perfectly clear that he’s back in the form that made him one of two Grade 1 stakes winners in the seven-horse field.

The Commonwealth Cup was one of two graded races, along with the G2 Commonwealth Derby, contested at Laurel Park on the day.  Both originated in Virginia and were presented by the Virginia Equine Alliance.

Bringing only one allowance victory in four starts this year into the 1 1/8-mile turf event presented by the Virginia Equine Alliance, Mr Speaker broke through with his first graded-stakes victory of the season with a thoroughly professional and dominating 1 ¼-length victory under jockey Jose Ortiz. Mr Speaker covered the firm course in 1:47.77.

“Going into the first turn, I could see he was in a perfect spot. He had plenty of horse going down the backside. When he eased him out at the top of the lane, he gave him a big run,” said Robbie Medina, assistant to Hall of Fame trainer Shug McGaughey. “He’s been training well. We expected a good effort today.”

Mr Speaker boosted Medina’s confidence in the grandson of undefeated champion Personal Ensign while being saddled and during pre-race warm-ups.

“I told Shug, “It’s 90 degrees here, and he has his mind on business,” said Medina of his pre-race phone conversation with McGaughey.

Mr Speaker gained ideal stalking position while racing third along the inside behind pacesetter Cut to Order and outside-stalker Legendary around the first turn, along the backstretch and on the far turn. Leaving the turn into the homestretch, Legendary, the 5-2 second choice ridden by Sheldon Russell, took over the lead from a tiring Cut to Order as Ortiz took his 2-1 second choice to the outside for the stretch run. Legendary, a Grade 1-stakes placed gelding seeking to rebound from a subpar showing in the Arlington Million (G1), made a strong run through the stretch but was no match for Mr Speaker.

“My horse broke really well. When we went into the first turn, I was in beautiful position, and when I got to the quarter pole, he was running really well,” the New York-based Ortiz said.

Niall Saville-trained Legendary finished second, 2 ½ lengths ahead of third-place finisher, El Jefe Grande and jockey Mike Luzzi. Graham Motion-trained Up With the Birds, the other starter with Grade 1 credentials, finished fourth, another length back, as the 9-5 favorite.

Mr Speaker, who captured the Lexington Stakes (G3) and Belmont Derby Invitational G1) last year, finished out of the money in his first two 2015 starts before winning an allowance race by 2 ½ lengths at Belmont July 15. The 4-year-old son of Pulpit subsequently finished fourth in the Sky Classic (G2) at Woodbine Aug. 16.

“His last race he never got clear running and he only got beat a length-and-some-change. We weren’t disappointed with that effort. It’s taken a little time to get him back on track,” Medina said. “His first two races don’t look that good on paper. His race at Belmont was good and his race at Woodbine, we thought was good and he would have won if he was clear. Today, he continued to move forward. We’re happy with him.”

Heading into the Commonwealth Cup, Mr Speaker’s connections had no specific next-race goal.

“Now we’re getting in a rhythm with him, so we’ll have to think of something, hopefully in New York,” Medina said. “He wants to run a little farther than this.” 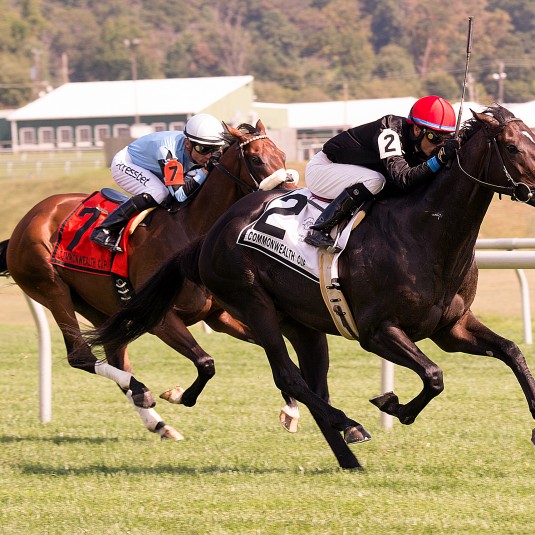 Mr. Speaker gets it done in the Commonwealth Cup. Photo by Jim McCue, Maryland Jockey Club. 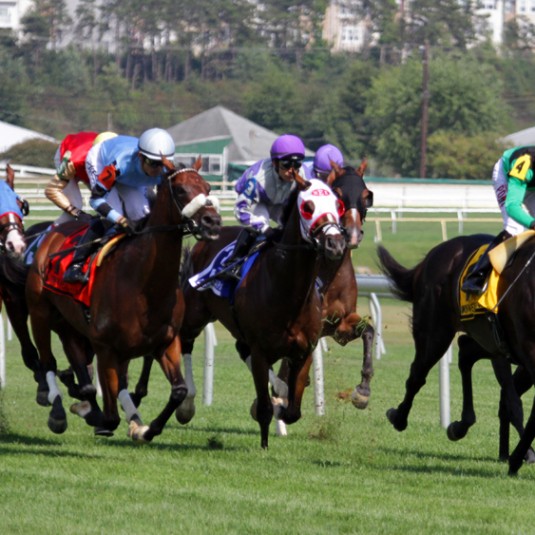 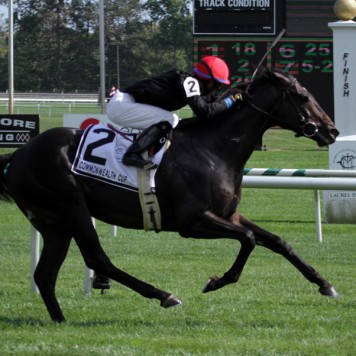 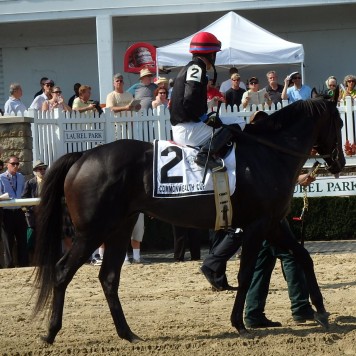 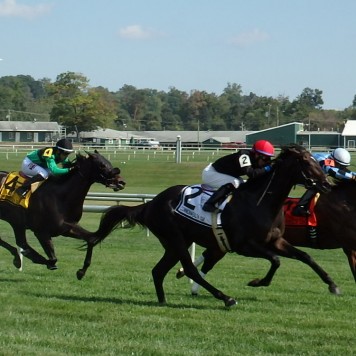 Mr. Speaker wears down Legendary to win. Photo by The Racing Biz.