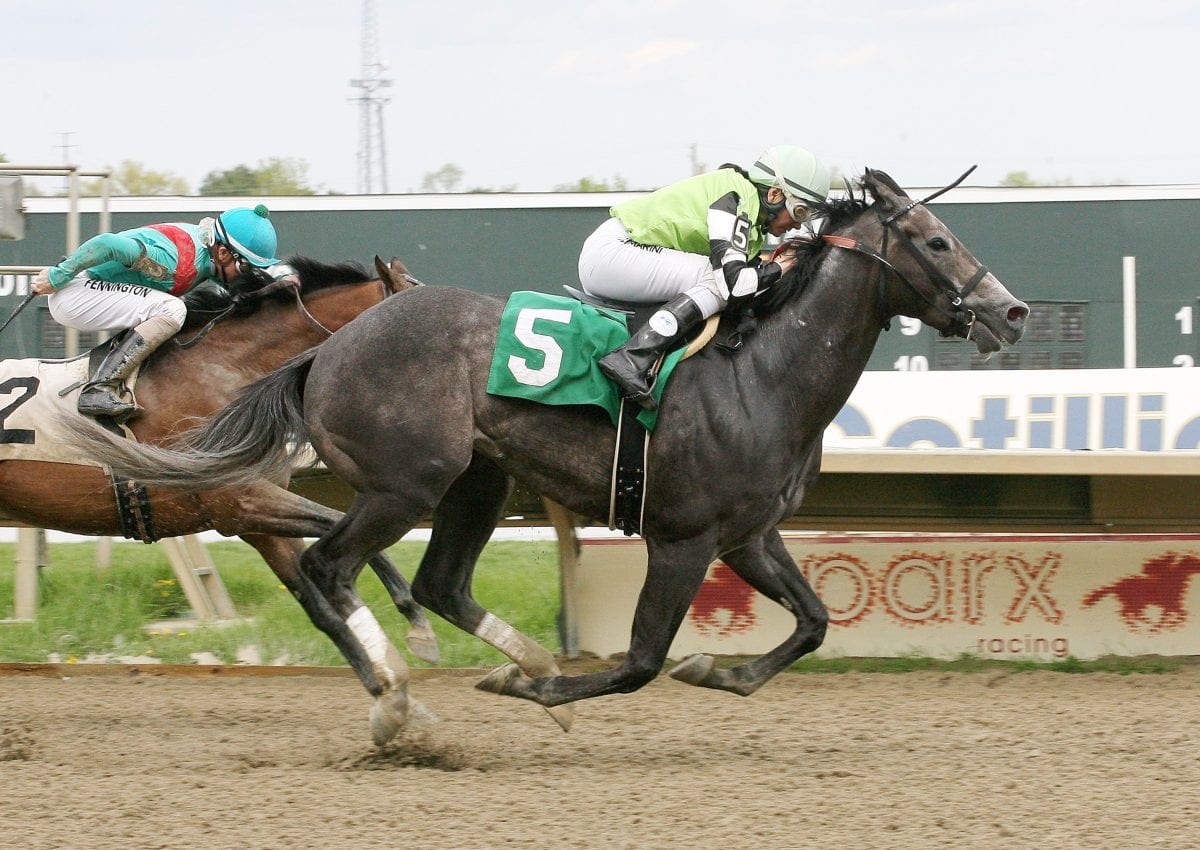 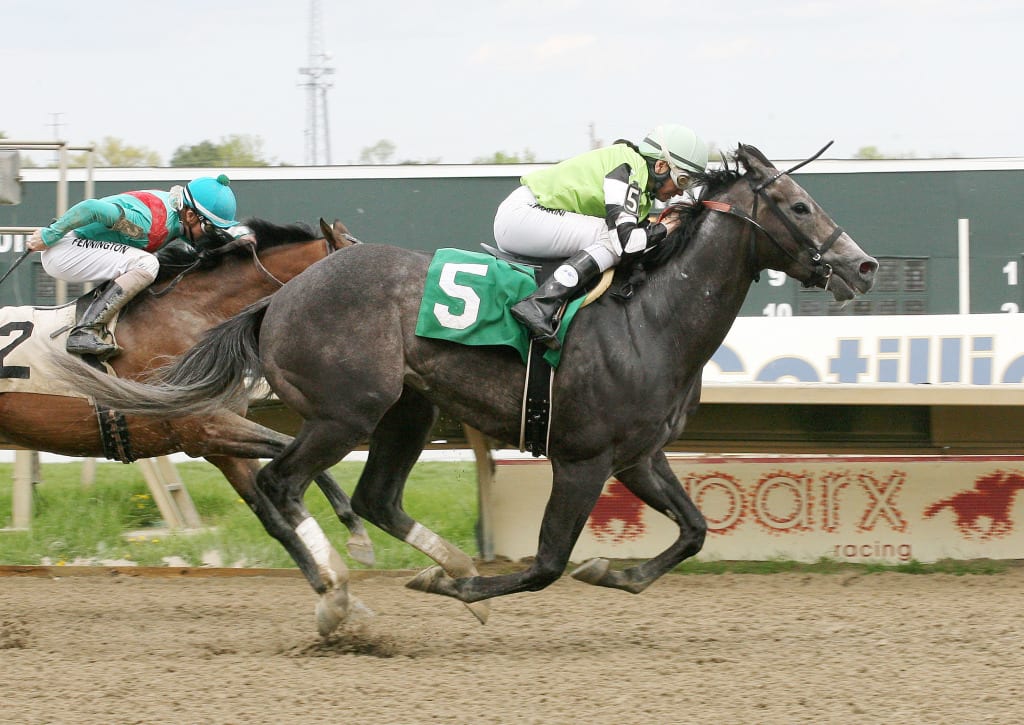 Bluegrass Singer, with Tammi Piermarini up, held off Unrivaled to win the Parx Derby in May. Photo by Barbara Weidl / Equi-Photo.

Bluegrass Singer looks for his first graded stakes victory when he takes on six others in Saturday’s Grade 3, $100,000 Jersey Shore Stakes going six furlongs over the Monmouth Park main track.

“He had a really nice breeze the other day and is doing really well,” said trainer Marcus Vitali, who conditions the horse for Crossed Sabres Farm.

The 3-year-old gelding by Bluegrass Cat out of the Unbridled’s Song mare Aguilera had his latest work over the Monmouth Park dirt on July 19 where he went three furlongs in :35 2/5, which was the fastest of the 33 horses that went three furlongs that day.

“Last time out, he went to the lead and set crazy fractions,” said Vitali. “With his last workout, it doesn’t look like the race took much out of him.”

In that latest race, Bluegrass Singer ran :22 for the first quarter and :43 3/5 for the half mile in the Grade 3 Carry Back Stakes on July 5 at Gulfstream Park. He eventually ran out of gas and finished ninth with Triple Crown winning jockey Victor Espinoza aboard in the seven furlong event.

“There looks to be a lot of early speed in the race,” said Vitali. “We will most likely look for him to sit off the early pace and set up for one good run.”

Bluegrass Singer is one of two stakes winners in the field of seven colts and geldings lined up for the Jersey Shore. The other is W V Jetsetter who won the Texas Stallion stakes in November at Retama Park and will break from the rail this Saturday.

Others coming into the race off wins include Joe Franklin, who is one-for-one over the Monmouth main track, and Jackson P, who has yet to miss the board in each of his four career starts.