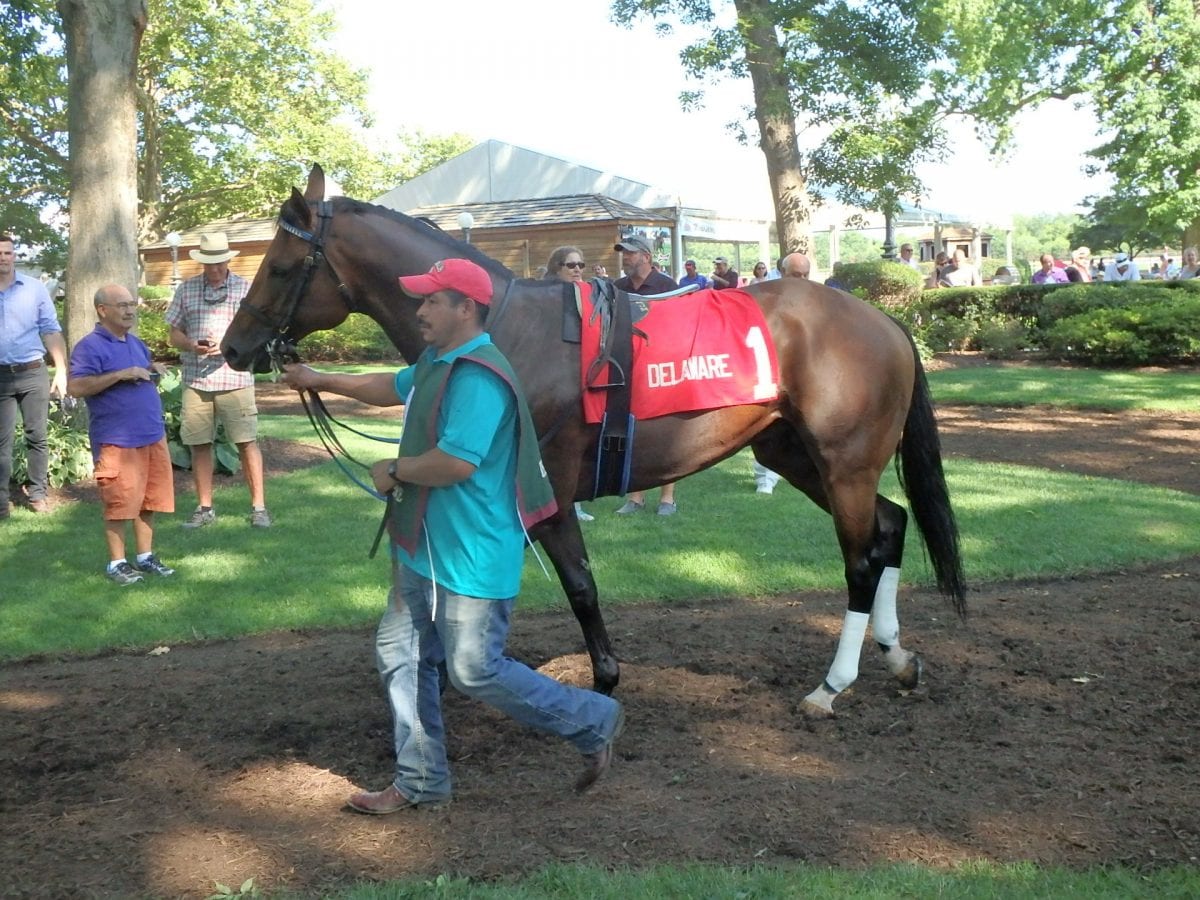 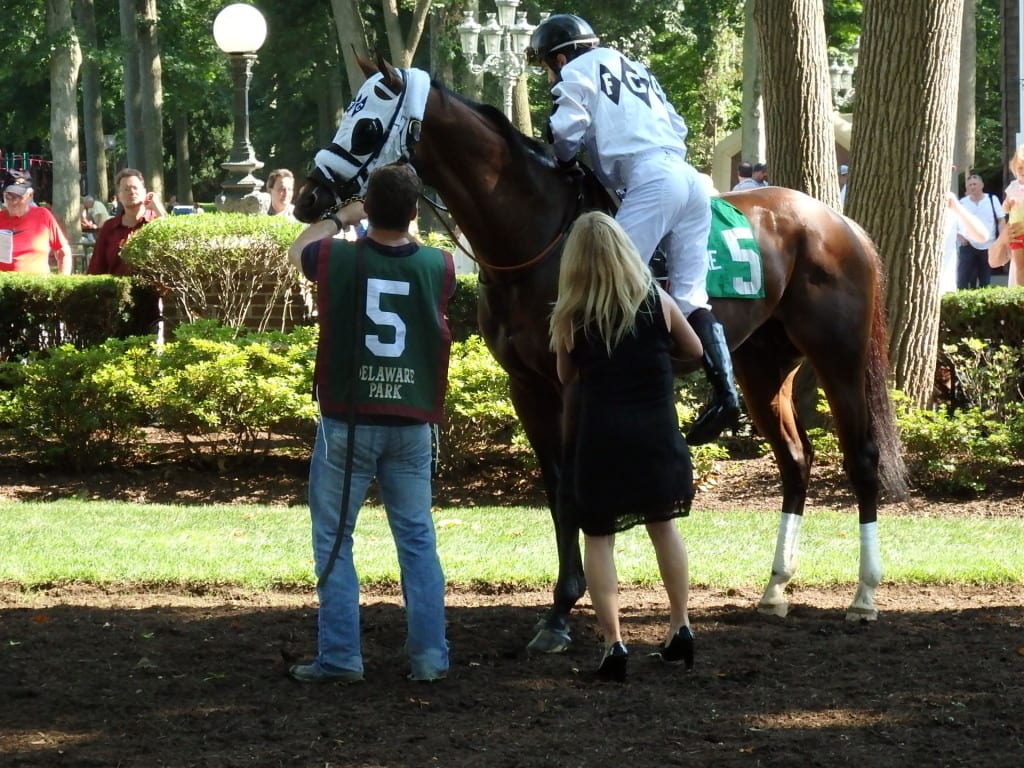 Short fields and upsets were the order of the day in Delaware Park’s two $50,000 stakes this afternoon.

The six furlong Hockessin, for four-year-olds and upward, and the 1 mile 70 yard Carl Hanford Memorial, for three-and-ups, both scratched down to four horses after having come up unexpectedly salty.  The Hanford, in particular, was undone by Laurel Park’s decision to add as an extra race on today’s card a $50,000 1 1/16 mile allowance that attracted four horses originally slated for the Hanford.

Those Hanford scratches, bettors decided, opened the doors for highly regarded but oft-injured Normandy Invasion to earn his first stakes win.  They made him the overwhelming 2-5 favorite by the time the gates opened.

They did not, however, count on Ain’t Got Time — making just his 10th career start — taking command early and never relinquishing it.

The four-year-old Roman Ruler colt, trained by Tim Ritchey, grabbed the lead early under jockey Scott Spieth, led by two after a half-mile, and steadily held off Normandy Invasion’s challenge.  Though the gap was just three-quarters of a length at the wire, Normandy Invasion never appeared a big threat to the winner.

For Normandy Invasion, meanwhile, it was another disappointment — his fifth runner-up finish, versus just two wins, in 11 career starts.  He has failed at odds-on in both of his 2015 starts.  The fourth place finisher in the 2013 Kentucky Derby, won by Orb, Normandy Invasion has now run second in three stakes, including the Grade 1 Wood Memorial in his start prior to the ’13 Derby.

Three races prior to the Hanford, the Hockessin presented a similar picture: a bevy of scratches leaving a seemingly towering favorite.  Speedy Fast Anna, fifth in last fall’s Breeders’ Cup Sprint after leading through withering fractions, figured to be the primary beneficiary of the scratches as the likely lone speed in the event.

Bettors made him 1-2 in a race featuring two runners from the Breeders’ Cup Sprint — Bourbon Courage, 9-5 here, being the other.

Fast Anna, trained by Kathy Ritvo and ridden by her son Michael, powered to a five-length lead after a quarter-mile in 21 3/5 seconds, still led by three after a half in 44 2/5, but emptied out late and ended up third.

The horse who picked up the pieces from the one-horse speed duel was Heaven’s Runway, at 10.30-1 the longest shot on the board.  Under Trevor McCarthy, Heaven’s Runway sat in second, began to creep forward on the turn, and wore down Fast Anna late to win in 1:09.14.  Bourbon Courage, meanwhile, slipped through inside to nose out Fast Anna for the place.

It was the fifth career victory for Heaven’s Runway, trained by Tim Ice, who most recently finished second in a Delaware Park allowance.  He’s now earned over $330,000 for owners/breeders Drs. K. K. and V. Devi Jayaraman.