Cal Lynch’s kingdom for a horseshoe 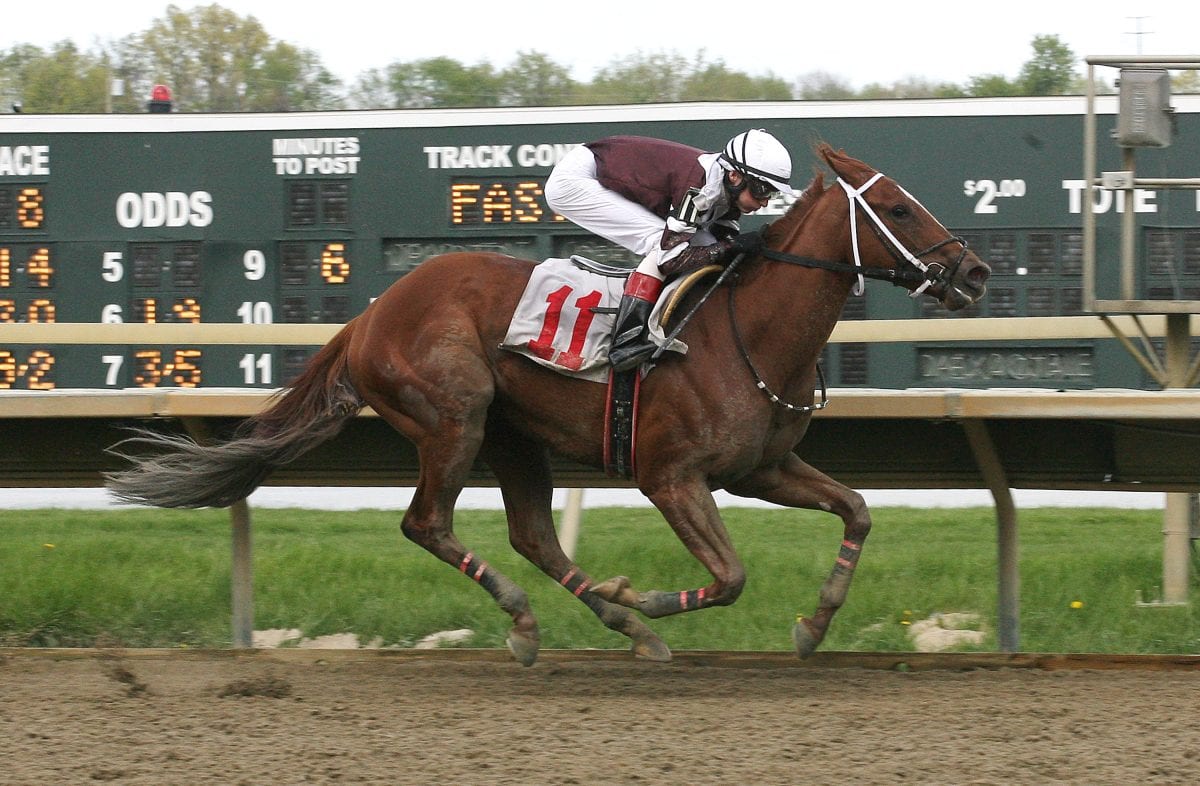 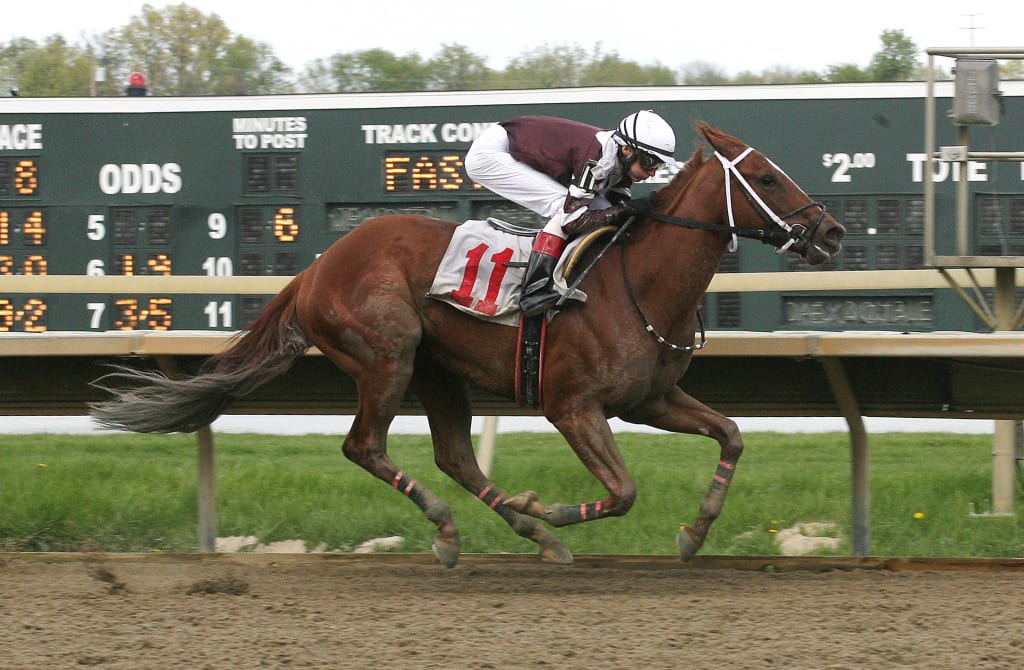 Danzatrice and Trevor McCarthy impressed in a flashy score in the Parx Oaks and will look to find the range again in the G3 Delaware Oaks. Photo by Barbara Weidl/ Equi-Photo

Sometimes a horse’s performance is much more than meets the eye.

Take the tale of Danzatrice, who will be in the line up for Saturday’s Grade 3, $300,000 Delaware Oaks. Danzatrice last ran in the Grade 1 Acorn Stakes at Belmont on June 6th, and the filly’s effort was more than disappointing — it was something of a puzzle.

Cathal (Cal) Lynch, Danzatrice’s trainer, was baffled as he watched his prize filly, Danzatrice, begin to drop back on the turn of the mile race. After breaking with the leaders, the filly had been sitting in a perfect spot just off the lead.  After an opening half-mile in 45 2/5 seconds, Danzatrice looked poised to make a run. Then, through the turn, horses began to pass the filly on both sides, and Danzatrice went from third to seventh.  Leaving the turn, it looked as though she were through. But after straightening away in the stretch, Danzatrice came to life again. She steadily made up ground through the final three sixteenths and wound up fourth, beaten just over five lengths.

When Lynch checked his filly and talked wtih rider Trevor McCarthy, the reason behind her actions became crystal clear.

“Trevor said she had bobbled between the half and three eighths pole and came out of the bit,” Lynch said.  “Then when she changed leads, she started running again.  We checked her feet and found she had pulled her left front shoe completely off, [and] that’s why she stopped running. But to her credit she kicked in again and passed a couple of nice fillies through the stretch. Considering what happened to her, it was really a heck of an effort.”

The water won’t get any shallower Saturday.  Danzatrice is slated to take on Kentucky Oaks winner Lovely Maria Saturday in the Delaware Oaks.  Yet, while Lynch has a lot of respect for Lovely Maria, trained by Larry Jones, he feels that he has a quality filly in Danzatrice, who is getting even better with time.

“She showed us right from the start she was something special,” the Irish-born horseman recalled.  “We don’t believe in running our 2-year-olds much, maybe two or three times, and after she ran the second time, we sent her to Palm Meadows for the winter. Mr. (Antony) Beck of Gainesway Farm, who owns the filly believes like we do, that giving young horses time to grow up and mature is the way to go and that’s what we did with Danzatrice. During that time she really blossomed and filled out and matured mentally. She’s a very intelligent filly and just a pleasure to be around.”

Danzatrice won a maiden special weight race at Parx at first asking.  On her return from her Palm Meadows vacation, Lynch added Lasix for the first time.  Danzatrice responded by thrashing a Laurel Park allowance field at 1-5 odds and then, in her first try against stakes runners, dominating the 1 mile 70 yard Parx Oaks by more than four lengths while earning a career-high 87 Beyer speed figure.  That day, she was fifth after a half-mile before rolling to victory under a hand ride.

“She does whatever you ask of her,” Lynch continued.  “She’s got plenty of speed if you ask for it, but since we’ve brought her back we’ve been teaching her to sit off horses and finish up strong. She showed in the stake at Parx (the Parx Oaks) she would rate then kick it in when asked. While we’ll never know what would have happened in the Acorn had she not lost her shoe, she was sitting perfectly when that happened so I think that’s a good indication she likes to stalk horses and run at them in the lane.”

Lynch said it looked like there was enough speed in the Delaware Oaks to insure a realistic pace and said he would be happy to see Danzatrice and her rider McCarthy sitting just off the leaders. “She’s got tractable speed, but Trevor knows her,” he pointed out.  “I’m confident he should be able to put her in a contending position.”

Lynch has 42 horses at Parx.  His operation is family through-and-through, as wife Daniela, sons Charlie and Anthony, and brother Shaun are all part of the Lynch racing operation. The trainer said he could have more horses but believes the 42 he has allows him to be hands on with his charges day-to-day.

“I’m from the old school,” the horseman said.  “I like to spend some time with each horse every day. It’s the way I was taught growing up and I feel the old ways are the best ways.”