Alex Cintron and the fine art of injury recovery 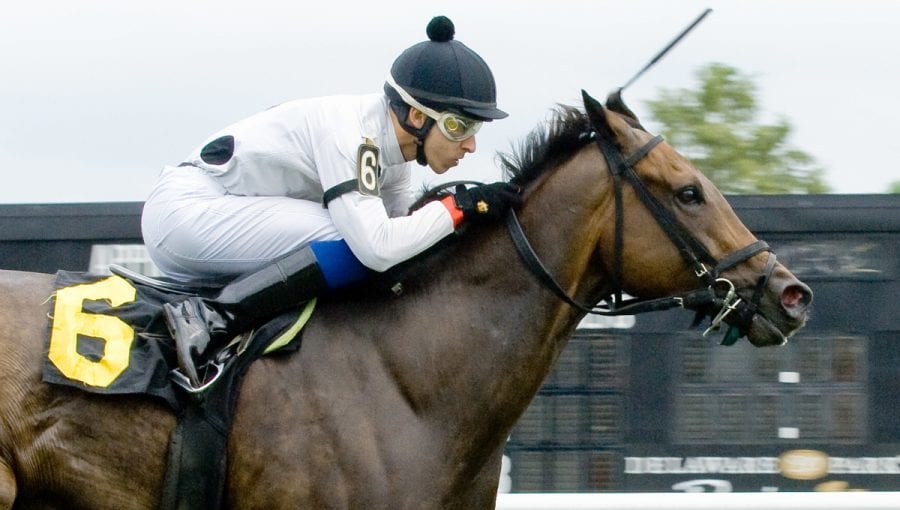 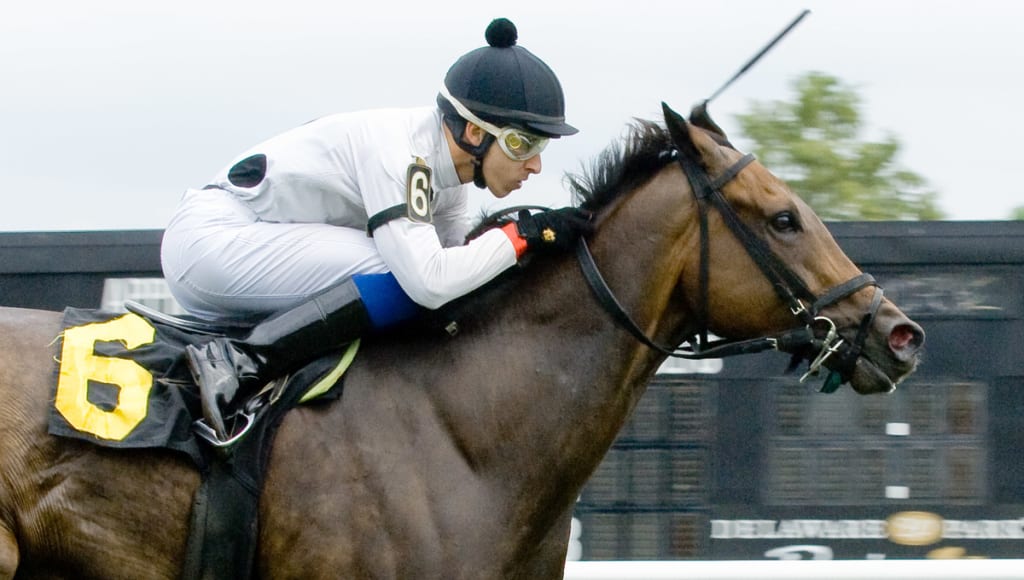 Alex Cintron, winning at Delaware Park in 2012. Photo by Hoofprintsinc.com

Jockey Alex Cintron was looking forward to the weekend when he went to the post aboard Midnight Music in the sixth race last November 14. The rider was named on several live horses the next day, including Zee Bros for trainer D. Wayne Lukas in the $350,000 De Francis Dash, and riders don’t get a chance to compete for the winner’s share of a pot that size very often.

But thoughts of riding for the big money vanished going into the turn of that sixth race when Midnight Music broke down suddenly, slamming Cintron face first into the track. The rider suffered 12 broken bones including a shattered jaw, as well as a severe concussion as a result of the spill. A banner season that saw Cintron win 125 races and earn more than $4.2 million came to an abrupt halt.

Returning from injury — not just the physical process of getting fit but also the mental process of preparing oneself to make split-second decisions at high speeds in heavy traffic — is as much a part of a jockey’s career as understanding pace or finishing strongly.  Some take the trauma and injuries of accidents in stride and come back better than ever, while others struggle with the stress connected to being thrown from an 1100 lb. animal going 40 miles an hour. Many riders fear being left paralyzed from a spill more than being killed. But “riding scared” in the wake of a serious accident can be as dangerous as its opposite.

Kerwin “Boo Boo” Clark is 56 and has been riding for almost 40 years. In that time he’s been involved in a number of spills including one that left his leg broken in five places. Clark was out of action for almost a year recovering from those injuries.  Yet he says fear was never a major concern.

“To tell you the truth, it (the fear factor) was never a problem for me,” Clark admitted.  “I mean when I came back after a year I might have been a little nervous the first couple of times I got up on a horse, but that passed pretty quick. If you love what you do, you understand that accidents are part of the business and you live with it. I’ve gone down and come back a few races later, and once the gates opened any thoughts I might have had about what happened disappear.

“Of course when you get out of bed the next morning you get reminded of what happened the day before,” he chuckled.  “But there again, bumps and bruises are part of being a rider.”

So what did the 28-year-old Cintron have to go through to return to the saddle?

“To be honest with you I don’t remember a thing about the spill, not coming off the horse or hitting the track, nothing,” the rider recalled, “which was good. The first thing I remember is being in the hospital and having the lights shining on me.”

The initial facial surgery, which included wiring the rider’s jaw, took several hours.  When it was  completed, Cintron faced several months of rehab. He first got on a horse in late February but suffered double vision and nausea. Another trip to his surgeon revealed that one of his eyeballs had become partially dislodged from its socket because of damage to the orbital bones, causing the vision problems.

“They had to perform three other surgeries but when they were done my vision returned to normal,” Cintron reported.  “I have to admit when I was suffering with the double vision I was really scared because I knew I could never ride with my sight like that. Fortunately, they (the physicians) were able to correct the problem. There were some times when I was recuperating when I thought about my family and how it would affect them if I wasn’t able to ride anymore, but as far as being scared of coming back, that never entered my mind.” 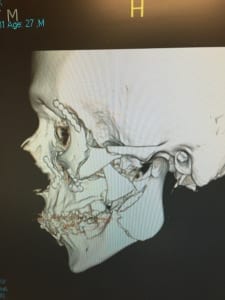 In fact, Cintron said, the opposite is closer to the truth.

“I’ve broken my back and my shoulder and was able to come back strong,” he explained.  “Spills are just part of riding like winning and losing. When I was waiting to come back I was climbing the walls. I need to ride, I need to compete. It’s in my blood.”

In the aftermath of his injury, several of the horses Cintron had been slated to ride racked up victories — including Zee Bros in the De Francis.  That win alone would have been worth $21,000 to the rider.

But, like a good horse coming off a layoff, Cintron was fresh, fit and ready to roll when he rode his first horse back on Derby Day, May 2nd. Since coming back the rider’s been on a roll. He’s won on 29 of 141 horses in two months, a sold 21 percent clip.  His 21 victories at Delaware Park, through July 3, lead all riders at the current stand.

“I’m lucky, I’ve got a good agent in Mark Mace and when he went to trainers like Mac (Maclean) Robertson, Michael Matz, Graham Motion and others and told them I was cleared to ride they didn’t hesitate, they said, ‘Name him on’”, Cintron said. “That meant a lot to me.”

Painful and expensive, spills are part of a jockey’s life, just something they have to deal with if they want to compete in one of the most exciting (and sometimes dangerous) sports on earth.