Stiffed looks to double up in G3 Molly Pitcher 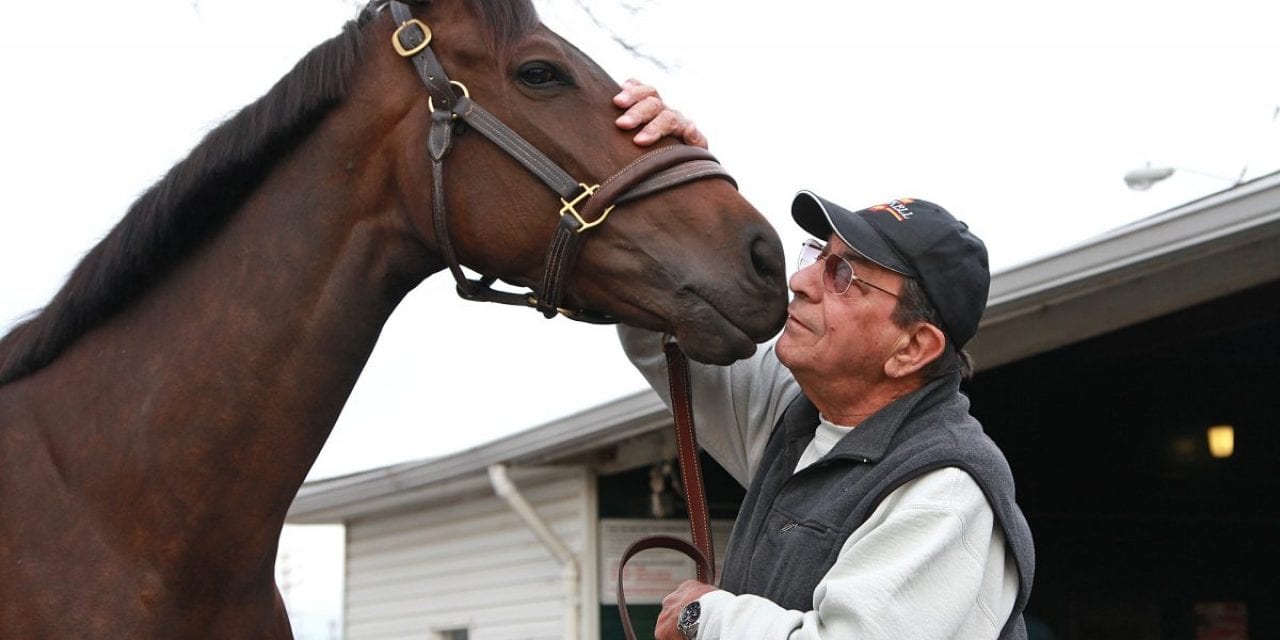 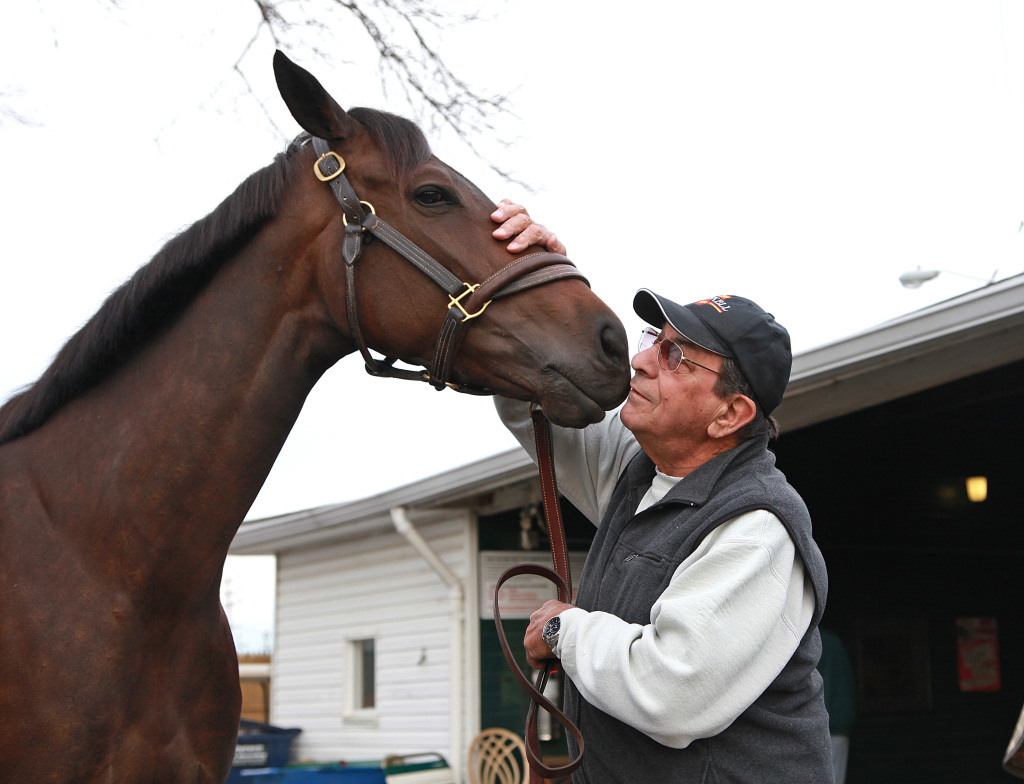 Trainer John Mazza gives a kiss to the nose of Stiffed, a 4-year-old New Jersey-bred filly, on April 13. Photo By Bill Denver/EQUI-PHOTO.

Stiffed looks for back-to-back stakes wins at Monmouth Park in Friday’s Grade 3, $150,000 Molly Pitcher Stakes going a mile and a sixteenth on the main track to kick off an eventful Fourth of July weekend.  She is the 4-1 third choice in a field of seven.

“She has been training really well since her last race,” said trainer John Mazza, who conditions the horse for Holly Crest Farm. “We couldn’t be happier with how she is doing.”

The 4-year-old filly by Stephen Got Even out of the Silver Deputy mare High Noon Nellie was last seen in the Monmouth Beach Stakes on May 24 where she was last along the entire backstretch before flying down the homestretch late to score a half-length victory.

Stiffed has worked twice since her Monmouth Beach victory, her latest going four furlongs over a fast Monmouth Park main track in: 49 1/5.

“I was hoping to see a little more speed in the race,” said Mazza. “She will still make her big move down the stretch. She loves the track and even when she gallops, she finishes strong every time. I think she will improve on the last performance.”

Stiffed will have to get by some familiar foes to take the Molly Pitcher title. Got Lucky, the 4-5 favorite, and Mary N’ Eileen (15-1) are both coming out of the Monmouth Beach. Got Lucky just got caught at the wire to finish second while Mary N’ Eileen finished seventh.

The Molly Pitcher is the first of three graded stakes on the weekend, all leading up to the Grade 1 $500,000 United Nations Stakes, a Breeders’ Cup Win & You’re In event for the Turf division. Horse of the Year finalist, Main Sequence, will return to defend his UN title. His win in last year’s edition catapulted him to four straight Grade 1 victories, including a win in the Breeders’ Cup Turf.