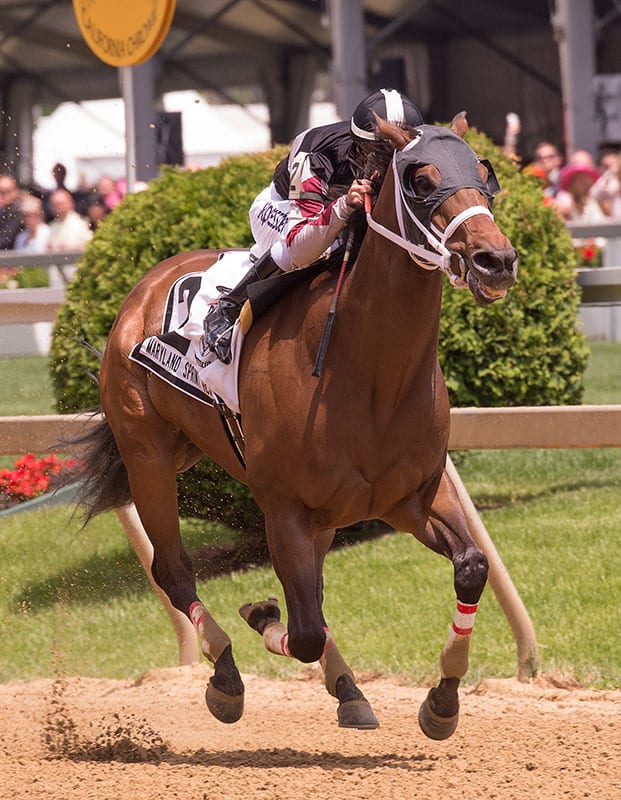 “He came out of his last race great,” said trainer Joseph Orseno, who conditions the Grade 3 winner for Sagamore Farm and Mel Paikoff. “He has been training really well over the track. We have been looking for an opportunity to run him here at Monmouth.”

The 5-year-old gelding by Wilko out of the Holy Bull mare Holy Queen has worked twice since his last race in May with the latest coming on June 20, going three furlongs on the fast Monmouth dirt in :38.

In his latest outing, Happy My Way sprung from the gate and led the entire way until he got caught at the eighth pole by eventual winner Sandbar in the Grade 3 Maryland Sprint Handicap on the Preakness undercard on May 16. Happy My Way fought gamely to finish third by under a length.

“This is going to be a tough field,” said Orseno. “We love the post position we drew. Being on the outside gives us options early on in the race because he can take back and save up for one good run if he needs to. We have always been on the inside of horses and have had no choice but go to the lead early.”

Taking home the Mr. Prospector is going to be no easy task as graded stakes winners Rainbow Heir, who won last year’s Grade 3 Jersey Shore and spots five wins in seven career starts at Monmouth Park, and Salutos Amigos, who won three Grade 3’s at Aqueduct’s winter meet, will both break to the inside of Happy My Way on Sunday.