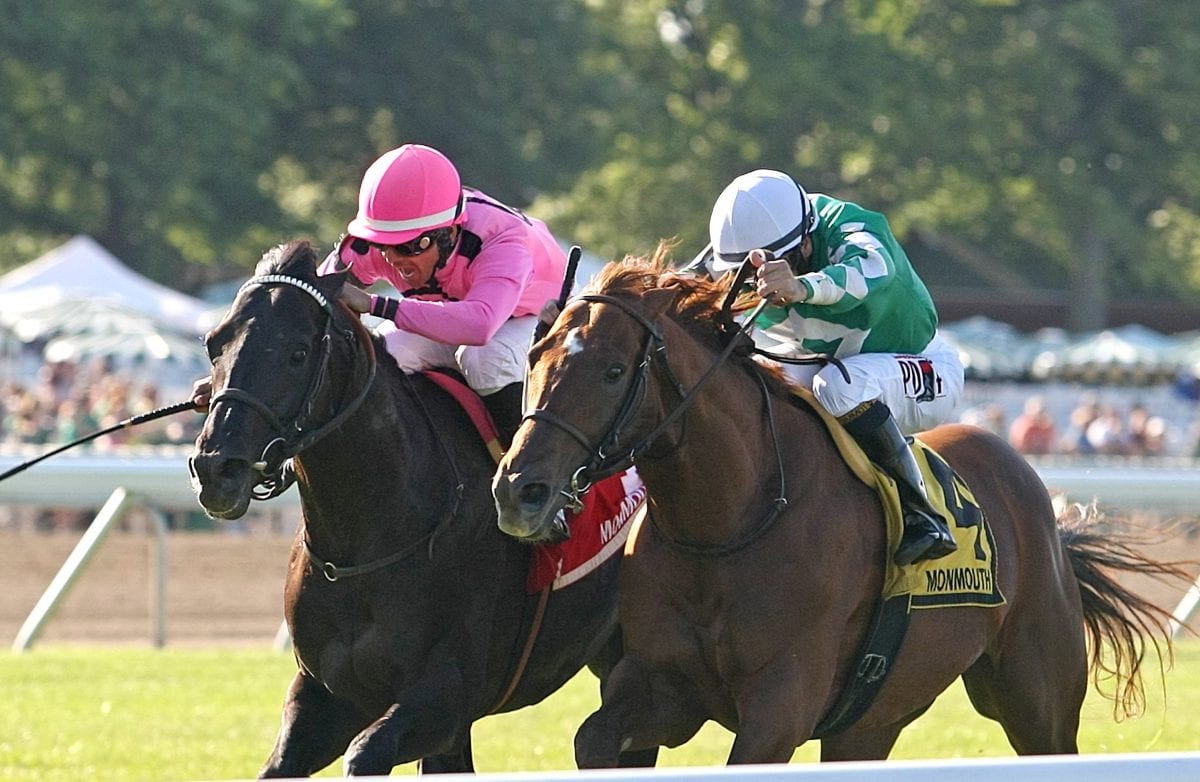 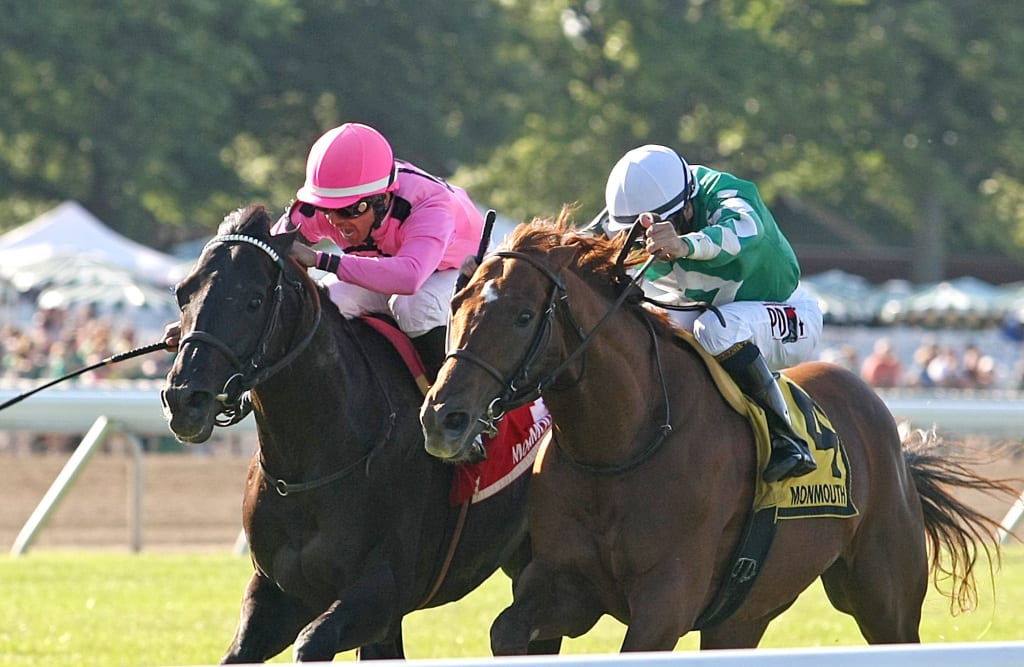 Team Valor and Gary Barber’s Triple Threat sat near the back of the pack early on before unleashing a furious stretch rally to nail Middleburg at the wire, posting a nose victory in the $200,000 Monmouth Stakes at Monmouth Park before a Sunday afternoon crowd of 15,417.  In the day’s undercard stakes, Dreamsgonewild proved best in the $60,000 John McSorley Stakes finishing a length better than his nearest rival.

“He had to take back going into the first turn,” said winning jockey Jose Lezcano. “That was fine because we were close to the pack anyway with the slow pace. We had to go a little wide, but once we hit the quarter pole, he had a lot of kick left for the stretch. That was my first time on the horse and he had a lot of power coming down the stretch.”

A 5-year-old homebred horse by Monsun from the Lyphard mare Drei, Triple Threat was making his U.S. debut in the Grade 2 Monmouth Stakes.  He now sports a record of 4-2-2 from 14 starts, good for earnings of $370,648.

“He broke great and was good going to the lead even though he was tested to his outside,” said winning jockey Trevor McCarthy.  “He handles pressure really well.  That’s the great thing about him.  Once we got to the straightaway, he had a good amount left in him.”

Owned and trained by Bruce Alexander, Dreamsgonewild is a 6-year-old gelding by Freud from the Strolling Along mare Twin Stroller.  He sports a record of 8-4-3 from 25 starts.