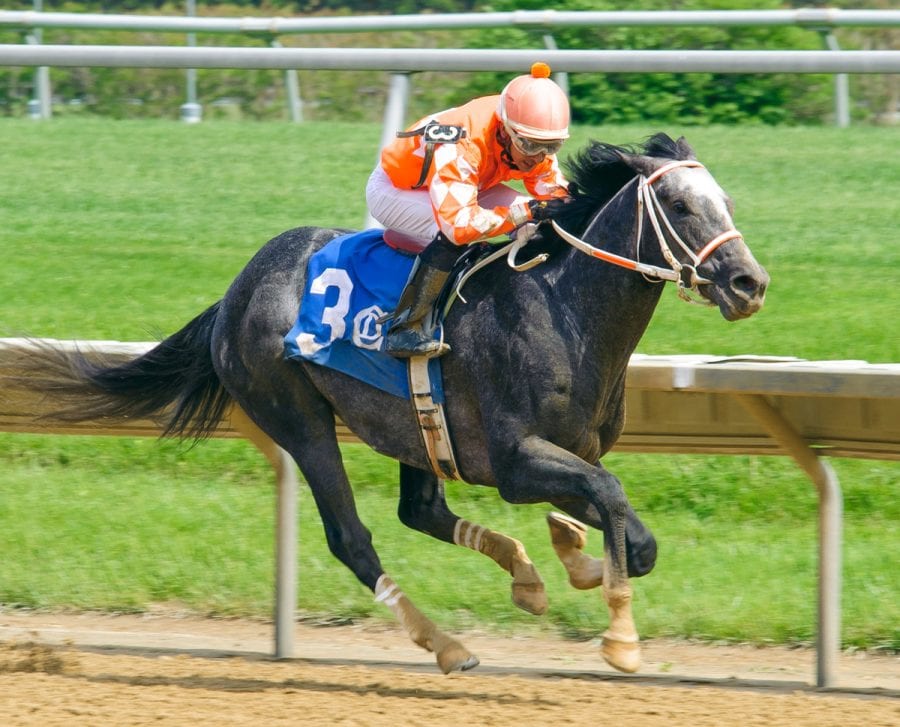 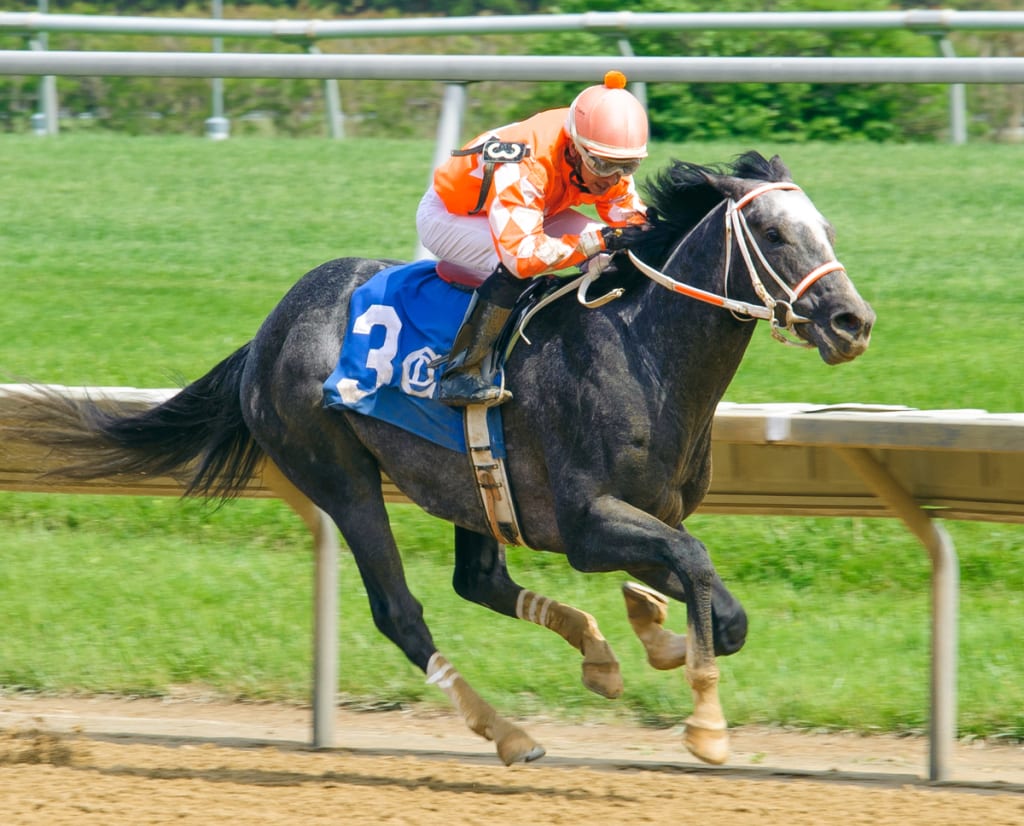 Three-year-old Fleetwood Star won at first asking on May 20 for trainer Ron Alfano. Photo by Hoofprintsinc.com.

First-time starters — young horses making their career debuts — can be the most intriguing and often most perplexing facet of the thoroughbred game for both the betting public and those whose job it is to bring those youthful runners up to that first critical race.

Developing young thoroughbreds and bringing those youngsters up to their debuts fit and ready to win is one of the toughest jobs a trainer can face. And it’s one many trainers have difficulty with. Horseplayers know if they find a horseman whose success rate with first time starters is 15% or better that’s a trainer to give serious consideration to when handicapping a maiden field.

“It’s just a matter of sort of letting the horse tell you” [when he’s ready], says veteran trainer Ron Alfano. Alfano, whose success rate with first-time starters coming into the 2015 Delaware Park meeting was an impressive 33 percent, improved that figure after two of his first-timers won in the first two weeks of the new session. The small stable has won four of its eight starts overall in 2015.

“With young horses it’s kinda like a classroom of kids,” the horseman said after training hours recently. “You’ve got the smart kids, and the kids that seem to learn easily. Then you’ve got some others who are immature and slow to pick up on things, and you’ve also got ones who are quick and have speed from the gate, while others take a while to find their best stride and get going. You just have to take them on a case by case basis because no two horses are alike.”

Alfano says he takes his young horses out in groups or “sets” both to gallop and work. “I try to get them used to being around other horses when they’re on the track, to get them to relax and not be spooked or intimidated with horses around them. I also try to give them enough time in and around the gate,” he added. “You don’t want a young horse to have a bad experience in the gate that first time out, that leaves a lasting effect on them.”

It’s a time-consuming process that takes patience above all.

“I watch how they finish, how they come back, if their blowing or not, then I do what the old horsemen used to say,” said Alfano, “When I think they’re ready, I work them one more time.”

The insights of the exercise riders can be another tool in the trainer’s toolbox. The exercise riders, who serve as surrogate jockeys during morning training, serve a critical purpose. They are the ones who can feel and sense the changes in their mounts’ demeanors, their focus, and most importantly, their level of stamina or fatigue from one work to the next.

Karen Wagner has been getting on horses for more than 20 years. She is a member of trainer Michael Gorham’s team, owns several horses of her own, and has worked for such standouts as Steve Asmussen during her career. Wagner said that while working with young horses can be a challenge, the experience can also be extremely rewarding.

“It’s really neat to have a young horse you’ve been working with go out in the afternoon and run well its first time out,” she said.

The term “good hand” is a backstretch form of flattery for someone who knows his stuff and is an asset to the barn. Coincidentally, it’s good hands that set really good exercise riders apart from the rest. Touch and feel can be as important as strength.

“There’s no question having good sensitive hands is the secret to communicating with your horse,” Wagner explained. “Too many exercise riders try to wrestle with their horses and put too much pressure on the bit. Horses can feel what you want through your hands and after they learn, they’ll respond. People think you have to be exceptionally strong to work horses, and that’s not the case at all.”

Wagner appreciates the chance to work with babies as they learn.

“You listen to their breathing, you pay attention to how wobbly they may get near the end of their works and you see how they gallop out,” she said. “If they go out strong and are still bucking and playing after a work, you know they’ve still got some energy left. It’s a fascinating part of the job, working with babies and while they (the youngsters) may disappoint you and not race like they train, when one does train well then takes that to the races it’s a very exciting experience.”