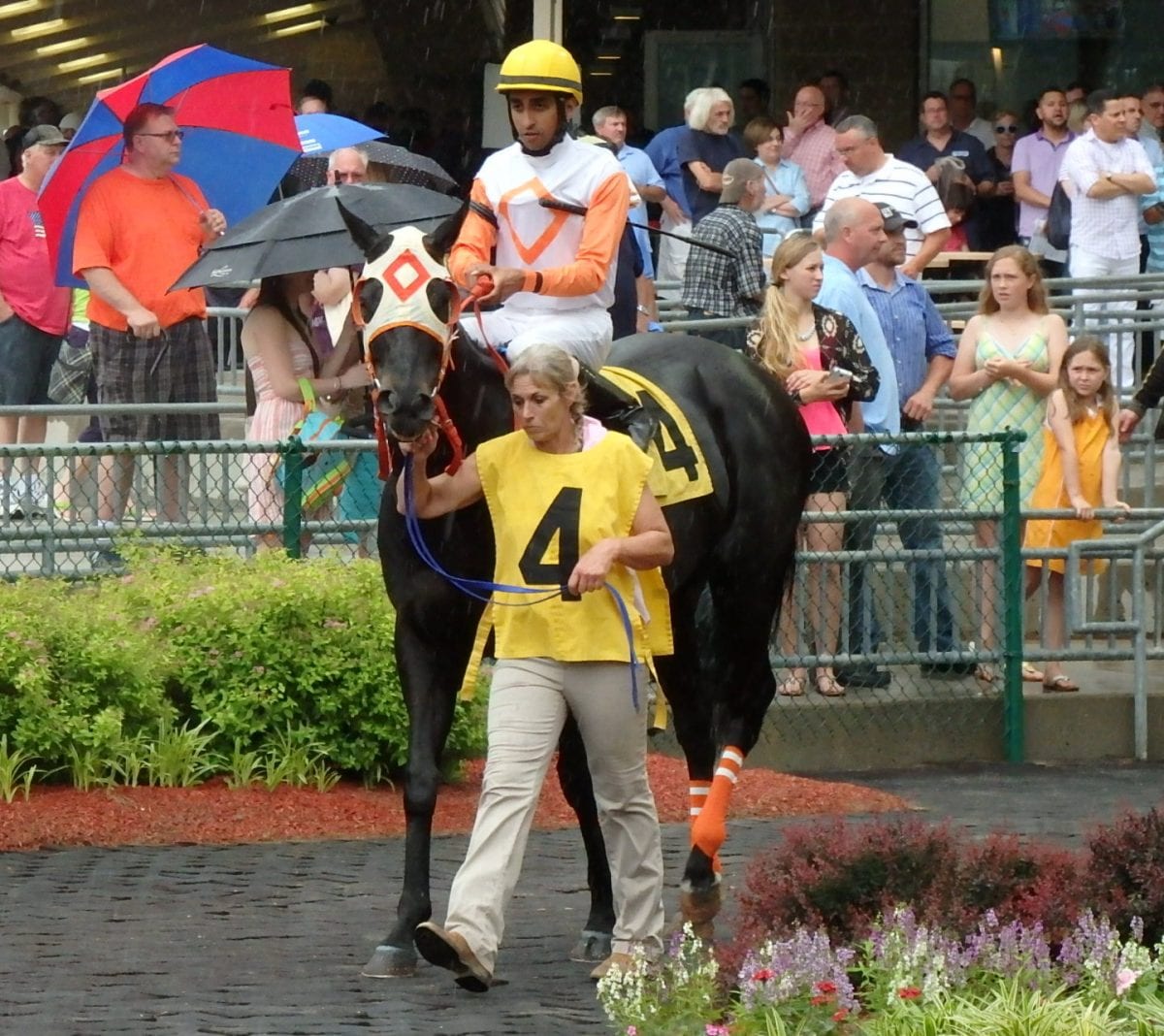 The Chad Brown trainee, with Javier Castellano in the irons, won by a half-length after tracking the lead pair from third.  She has now won three of four career starts, with a second, and earned north of $160,000.  It was her first win in stakes company.

“I didn’t see much pace in the race and I didn’t want to let them get away too far from my horse,” Castellano explained post-race.

The daughter of Into Mischief rated in the two path while Gypsy Judy carved moderate fractions of 24 seconds flat for the opening quarter and 48.81 for the half-mile while holding a 2 1/2 length lead.

Quality Rocks, the Florida Oaks winner who went off at even-money in the field slashed to five after three scratches, made a bid for the lead rounding the turn, but Gypsy Judy, making her first grass start, held that runner at bay until the very late stages.

By that time, Strict Compliance had kicked into gear and was able to pass her rivals on the outside.

“I wanted to put him in the right spot to win the race,” said Castellano.  “That’s exactly what I did; I followed the best horse in the race [Quality Rocks], and turning for home, she responded very well.”