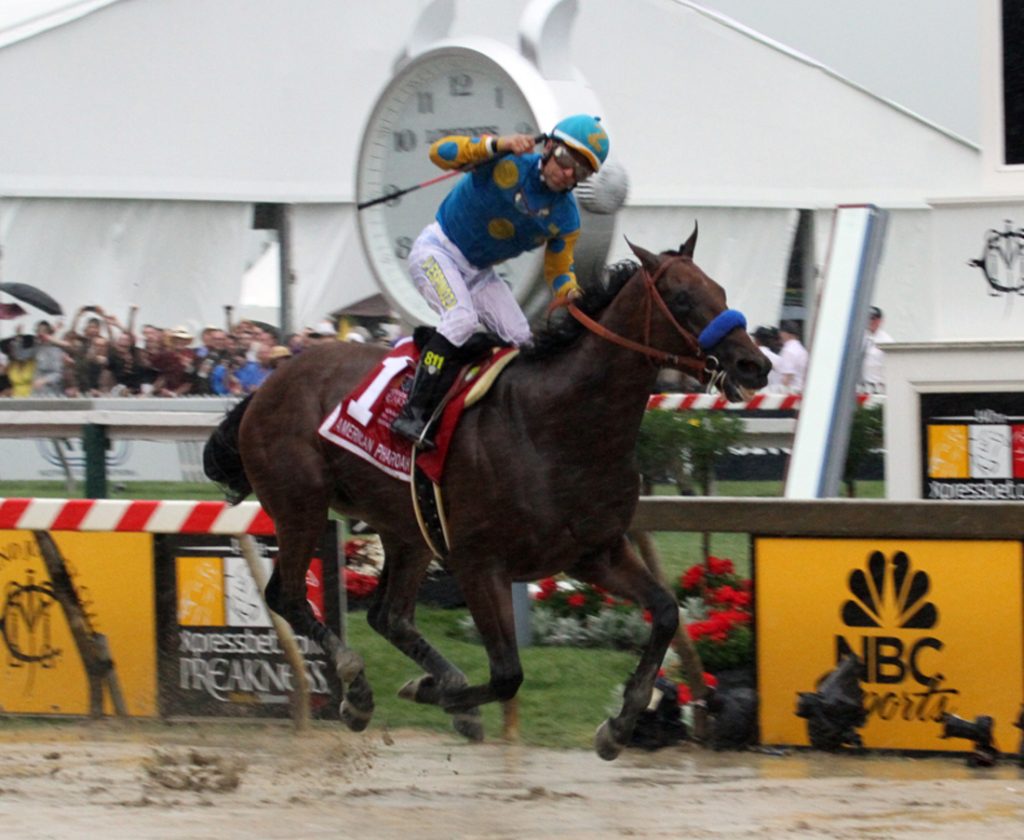 If recent Triple Crown history teaches us one thing, it’s this: we like our heroes tarnished.

And, so, the latest: Ahmed Zayat, whose Zayat Stables owns Triple Crown hopeful American Pharoah, finds himself embroiled in a $1.6 million lawsuit in which convicted money launderer Howard Rubinsky claims to have fronted Zayat some $2 million in credit at casinos but to have been paid back only a pittance.

It’s not Zayat’s first legal rodeo; his horse operation filed for bankruptcy protection in 2010, after he was involved in a lawsuit when his bank, Fifth Third Bank, sought to recover $34 million in loans.  The sides settled in the latter case.

Zayat maintains the latest lawsuit is “a scam from A to Z… a total lie,” he told the Associated Press.

Perhaps so, but it’s only the latest episode in the strange recent history of Triple Crown hopefuls, in which controversy has played as prominent a role as morning works.

In 2003, Funny Cide’s rider, Jose Santos was accused (and later cleared) of using a buzzer to goose his horse in the Kentucky Derby.  The next year, Smarty Jones’s connections accused Jerry Bailey, aboard Eddington, of riding not to win the Belmont Stakes but to prevent their horse from doing so.

There was the slick spectacle of IEAH Stables, whose rein atop horse racing, like the 2008 Triple Crown bid of their Big Brown, ended not with a bang but with a weird, puzzling whimper.  I’ll Have Another’s connections decided two was enough after all, pulling the horse from the 2012 Belmont the day before because of injury and retiring him (also prompting some, without evidence, to speculate that the horse’s success had been powered by pharmaceutical wizardry which would have been prevented by a Belmont rule requiring horses be under surveillance in the detention barn beginning the Wednesday before the race).

And last year, everyone loved the rags-to-riches story of California Chrome and his salt-of-the-earth owners — especially when those owners had bad things to say about Churchill Downs.  But then those owners, Steve Coburn and Perry Martin, forgot to stop talking, the former delivering a choice, on-camera rant moments after the Belmont, the latter, more recently saying he needed to look out for the horse’s best interests since neither his co-owner nor their trainer, Art Sherman, was doing so.

It’s a strange, checkered history into which the Zayat legal dustup fits perfectly: enough uncertainty to let Pharoah fans continue to root, enough scandal to liven up the dead weeks between Preakness and Belmont.

It turns out — and this can’t possibly be a surprise to anyone — that racehorse owners and trainers have feet of clay, same as the rest of us.  If we’re looking for heroes there, we’re looking in the wrong direction.

“Every time something good happens, someone brings you down,” Mr. Zayat said.  That may be true in this case, but the recent history also makes clear that plenty of the controversy around Triple Crown bids has been either justified or self-inflicted.

Still, come June 6, most Americans (or, at least, most who know that a horse named American Pharoah has won two legs of the Triple Crown) will root for the brown son of Pioneerof the Nile.

If he wins, it’s that name — American Pharoah — that will go down in history as the 12th Triple Crown winner.

And you can be sure that no one will accuse him of reneging on a contract, employing a buzzer, or using illegal drugs.  He also won’t have anything to say, which might be the best news of all.