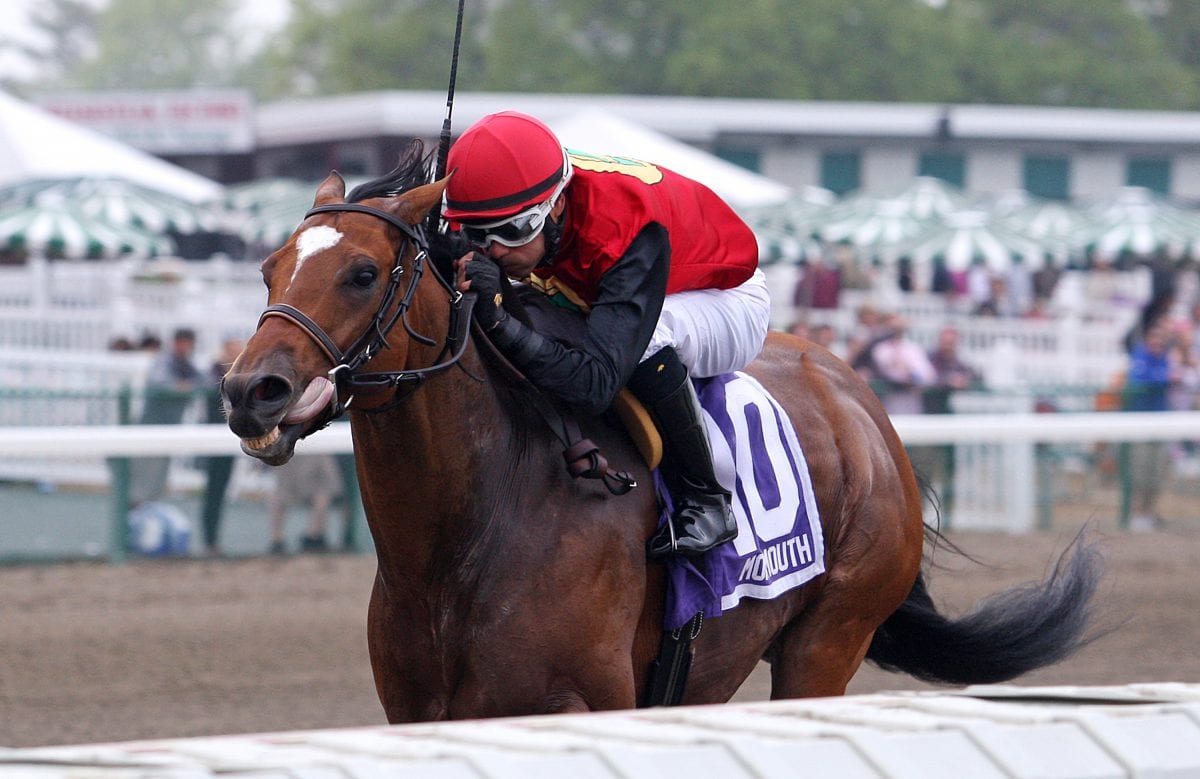 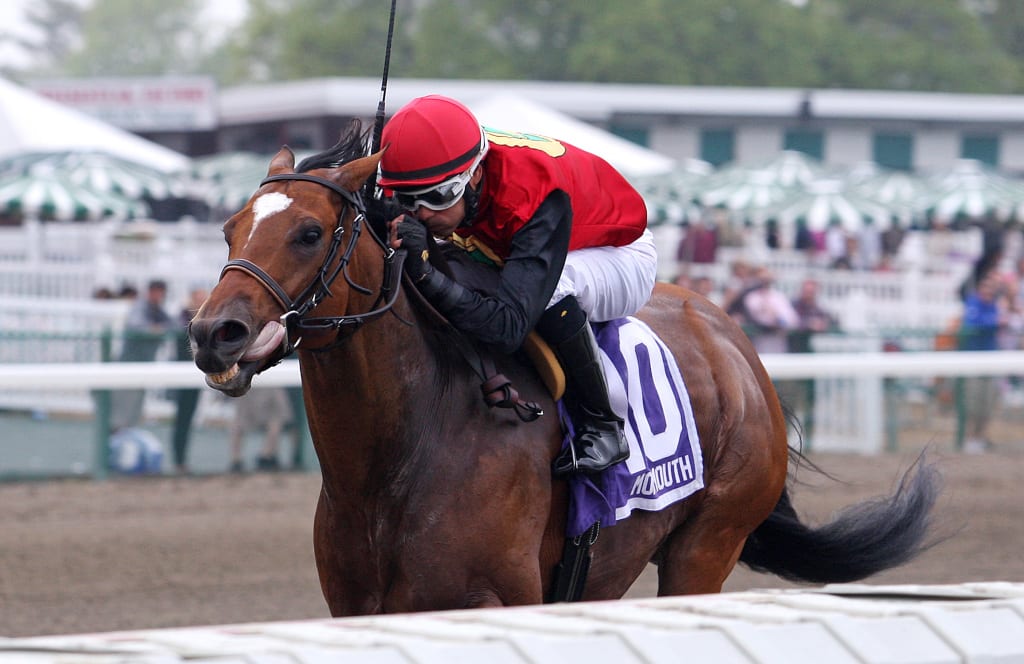 A crowd of 11,138 spun through the turnstiles as Monmouth Park rolled out a successful Opening Day, which featured A.P. Indian drawing off to nearly a three-length score in the featured $75,000 Decathlon Stakes.

“Even the fog couldn’t dampen the spirits of everyone who came out for our season opener,” said Dennis Drazin, advisor to the New Jersey Thoroughbred Horsemen’s Association and Darby Development LLC, operators of the racetrack.  “It was a great start to what surely looks to be an even greater racing season.

Saturday’s attendance represented a 9.5% increase over last year’s Opening Day crowd.  Fog rolled over the racetrack for the first few races on the 12-race program with new track announcer Frank Mirahmadi describing the first race action as, “your guess is as good as mine.”

The day’s feature saw A.P. Indian grab the lead soon after the gates opened.  Post-time favorite Favorite Tale tried the leader around the quarter pole, but saw that challenge rebuffed as A.P. Indian stepped away to a 2 ¾ length victory, stopping the timer in 1:09 2/5 for six furlongs over a fast main track.  The winner returned $6.40, $3.40 and $2.80 as the second-choice in the field of 10 colts and geldings.

“He’s very versatile,” said winning trainer Arnaud Delacour.  “He can run long or short.  I knew he had that kind of speed, but the beauty about him is he can rate.  But his speed is his best weapon so we wanted to use it.”

Winning rider Daniel Centeno said, “He broke a step slow but he was able to take the lead easy.  I’ve ridden him before and know he’s full of talent.  When we turned for home, that other horse (Favorite Tale) came up alongside him, but he rebroke and that was it.”

A 5-year-old gelding by Indian Charlie out of the stakes winning mare Ender’s Sister, A.P. Indian was bred by his owner, Green Lantern Stables LLC.  He now sports a record of 4-4-0 from eight starts, good for earnings of $140,600.