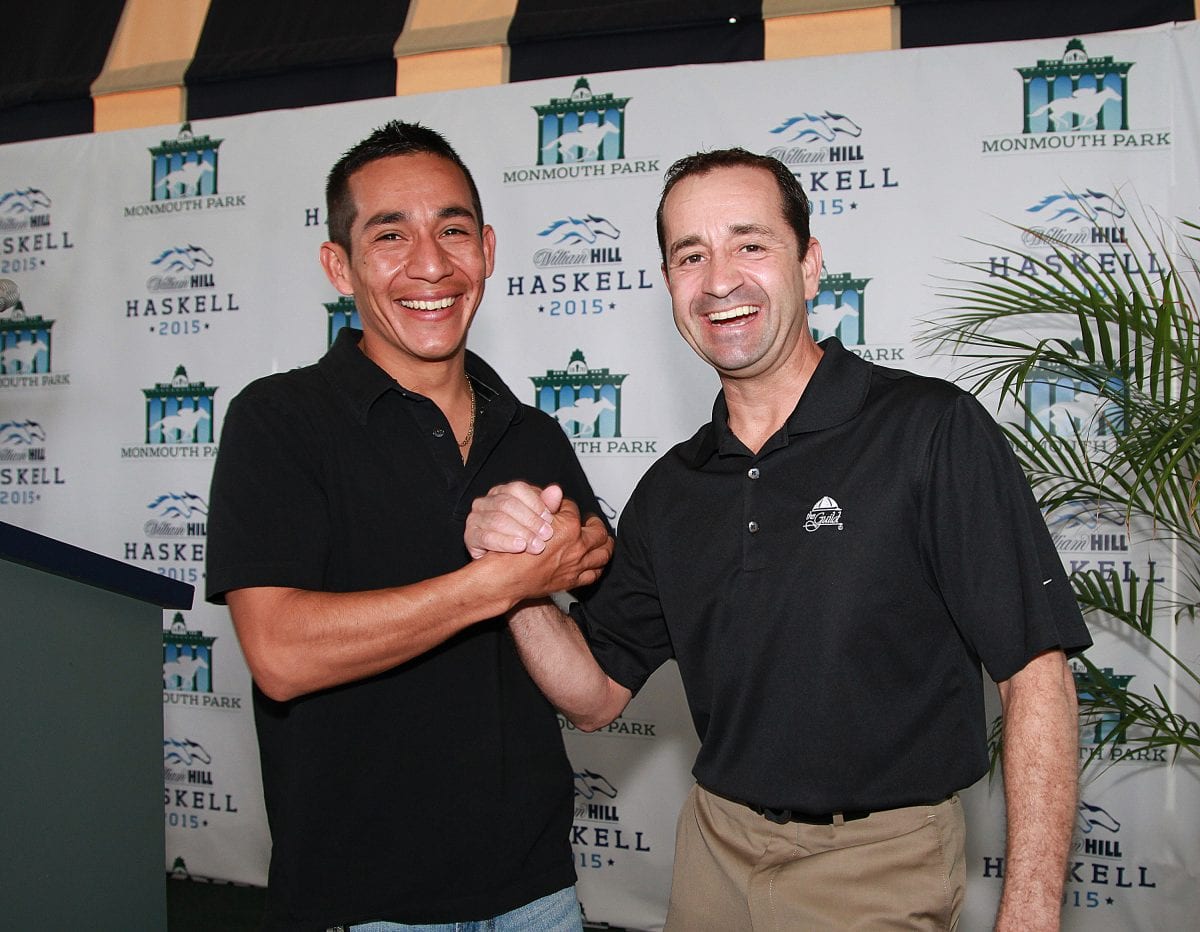 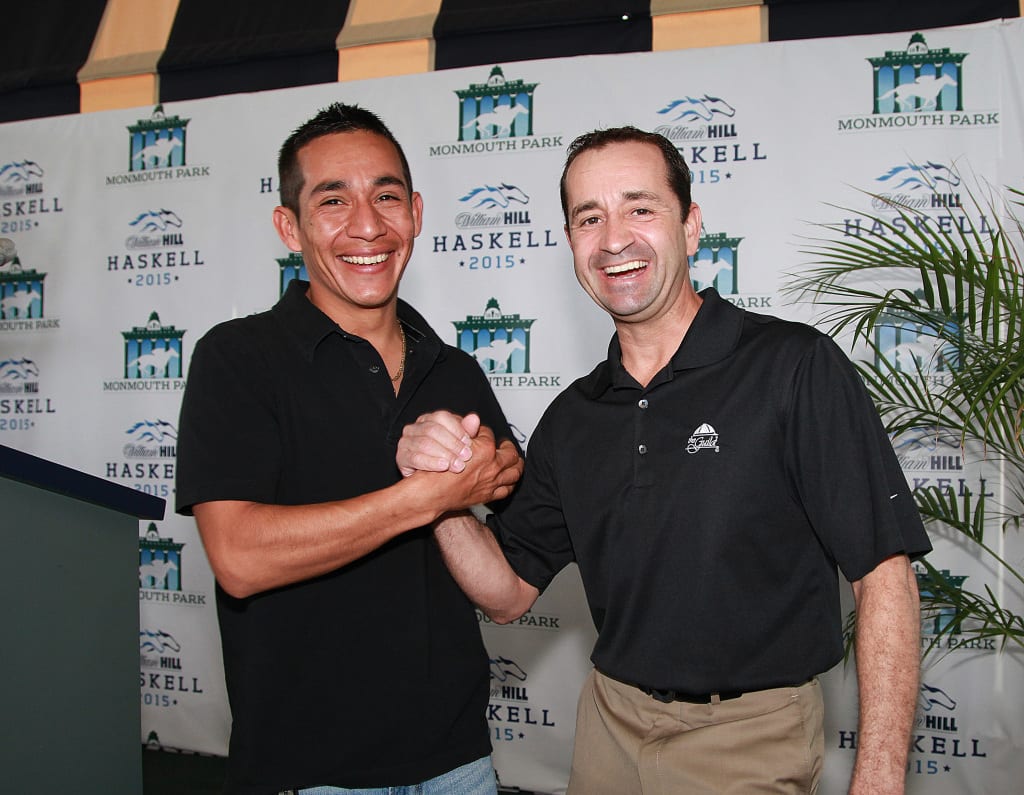 More than a dozen new trainers will fill the stable area to capacity and be greeted by a familiar face in ‘Jersey’ Joe Bravo, who returns to Monmouth Park as the racetrack readies for its 70th season, which opens on Saturday, May 9.

“We’ve had lots of interest from all over the country,” said Mike Dempsey, director of racing at Monmouth. “There are many new outfits with a diverse group of runners that should fill the entry box all meet long.”

Among the new outfits are Gerald Bennett, who is currently second in the Tampa Bay Downs trainer standings, and Joan Scott, also new this summer up from West Florida.

“I’ve shipped in before but never stabled here,” said Scott, who opened her own stable in 2002. “So far I’ve been quite pleased. I’ve got a good group of horses and it sure looks like they’ll fit the condition book well.”

Also among the new are Mike Dini, Brenda McCarthy, Bobby Donato, Tom McCooey, Tim Richardson, John Botty, Luis Dominguez and Dennis Ward. They will be joined by all 20 of last year’s leaders, led by Jorge Navarro, who has been top trainer here the past two seasons.

Over in the jockey’s quarters, Joe Bravo, the all-time winningest rider at Monmouth Park and 13-time champion, returns to Oceanport after spending last summer in New York.

“There’s no place like Monmouth,” said Bravo, who took his first riding title here in 1991. “It’s always good to come home and that’s what Monmouth is to me. The stable area looks packed and there’s a lot of great horsemen here. It should be a great meet and I’m really looking forward to it.”

Paco Lopez, a three-time top rider at Monmouth, is back to defend his title. Last season, he broke a mark that stood for 53 years when he piloted a record seven winners on a single card on May 17. He came back to equal that feat just three weeks later.

Among the new faces will be Carlos Olivero, who spent the winter at Gulfstream Park. He will be joined by C. H. Marquez Jr. and Armando Ayuso, who are returning to Monmouth after a brief hiatus.

On the apprentice side, last year’s top bug boy Nik Juarez will be back and joined by Jorge Robles, an 18-year-old native of Puerto Rico, who led the rider standings at Camerero Race Track before shifting his tack to Gulfstream this spring.