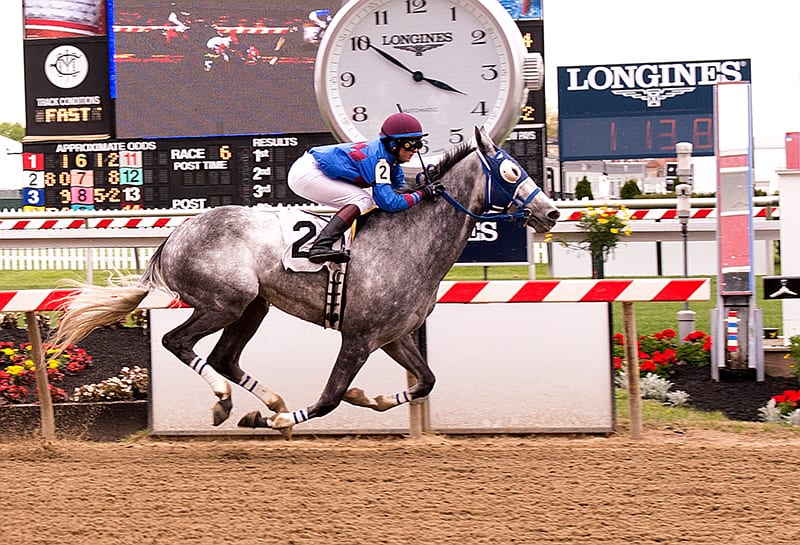 Jockey Caitlyn Stoddard, a native of Baltimore, won the first race of her career Friday aboard the 87-1 longshot Im Charming in Pimlico Race Course’s sixth race.

“It’s quite a day,” said Stoddard, who described herself as “homegrown….crab cakes, Ravens and Orioles.”

“Bobby Plummer did me a huge favor putting me on this horse and I feel like I had 300 people tapping me on the shoulder all day,” the 10-pound apprentice added.

Stoddard, who has had family work at Laurel Park, grew up around horses her entire life; working for Jack Fisher originally before taking a job with trainer Tim Keefe. “I’ve just been learning a hell of a lot from people like Jack and Tim and my agent, Tim Walsh, has been incredible.”