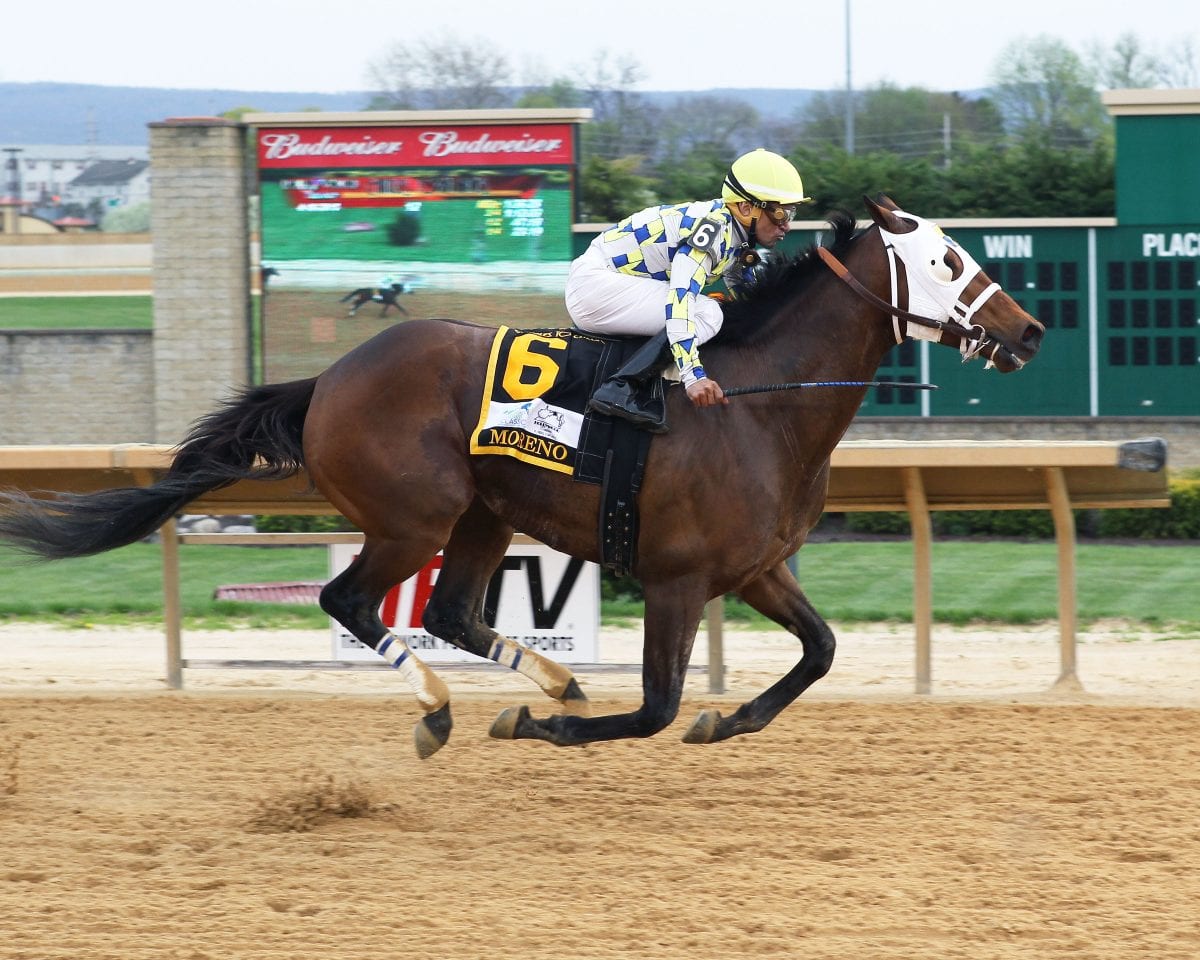 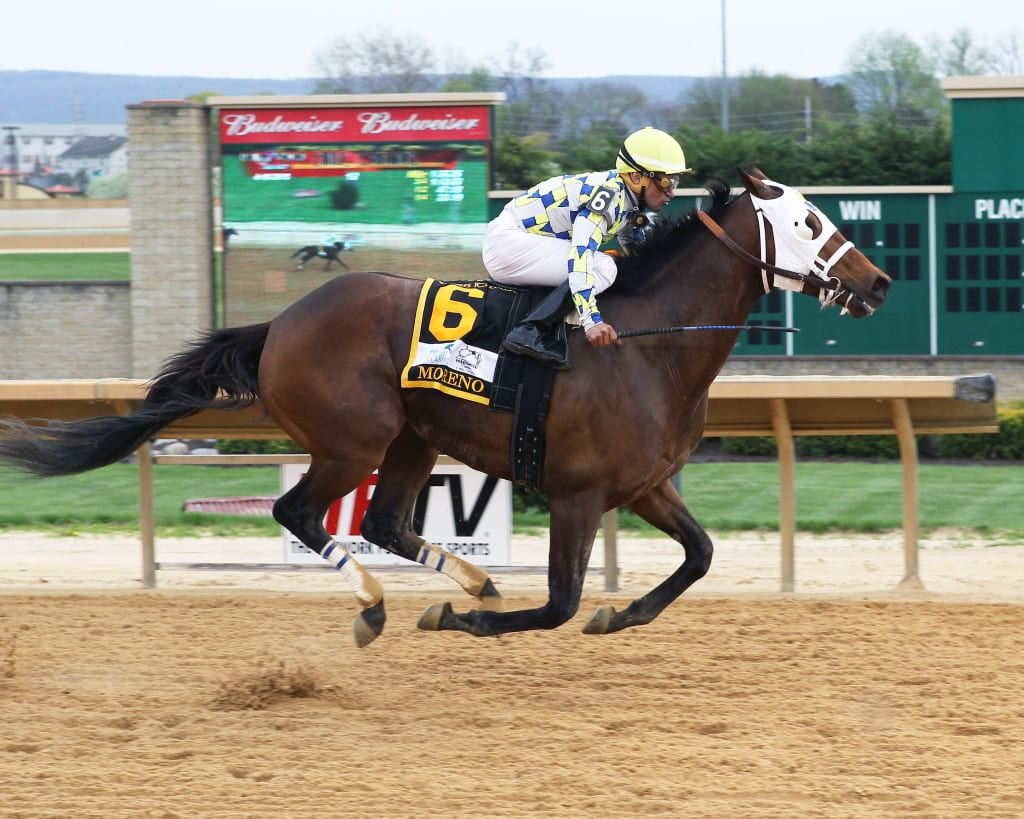 “I’m here for two reasons,” said trainer Eric Guillot, “to pass out lollipops and win big races and I’m fresh out of lollipops.”

That turned out to be just fine, however, because Guillot’s charge, Moreno, registered a two-length victory in the $1.5 million, Grade 2 Charles Town Classic early this evening at Hollywood Casino at Charles Town Races.

The race, the centerpiece of the Charles Town racing calendar, had attracted arguably the best horse in the world in Shared Belief.  However, the four-year-old Shared Belief did not complete the course, was pulled up near the half-mile pole, and was vanned off.

Elizabeth Daniel, West Virginia state veterinarian, said, “When I got to the horse, I saw a little soft tissue swelling in the right stifle. We gather it’s something that happened leaving the starting gate. He didn’t appear to be traveling well from the time he left the gate.”

“He just seemed to slip in behind and wasn’t comfortable,” said Shared Belief’s jockey, Mike Smith.  “The safe thing to do at that point was to get back in one piece.”

From the earliest stages of the race, Shared Belief lagged uncharacteristically far off the pace.  He was in eighth place after a quarter-mile and after a half-mile before being pulled up.

Meanwhile, up front, Moreno found himself slugging it out with longshot Warrioroftheroses.  Though Moreno, owned by Southern Equine Stables LLC, broke first, Warrioroftheroses, under Travis Dunkelberger, quickly moved up to take command; and he led the field through a 47.18 second half-mile, with Moreno a lenght in arrears.

“I wanted to send for the lead, but the other had more speed,” explained Cornelio Velasquez, who rode Moreno.  “I wanted to put him in good position.”

That’s where he found himself, as Moreno inherited the lead from the faltering Warrioroftheroses about a half-mile from home.  From there, it was all over but the shouting, as Moreno held his rivals safe under a vigorous ride from Velasquez.

“The trainer told me all the time stay busy and don’t give him a break,” the jock explained.  “I wanted to ask him all the time and he ran.”

Imperative, last year’s Classic winner but sent off at 31-1 today, rallied to be second, two lengths behind the winner.  It was another 2 1/2 lengths back to Page McKenney in third.  Moreno completed the course in 1:48.81, shattering the course record by over a second.

Moreno posted the fourth win of his career, third in graded company, from 26 starts.  The $852,000 winner’s shared pushed his career earnings to nearly $2.9 million.

“The horse hasn’t done a whole lot wrong,” Guillot said of his runner. “People misunderstand how good this horse is.”

Also good were the financial results for the day.  The track reported a single-day, all-sources handle record of more than $4.8 million.  Bettors wagered approximately half of that total on the Classic itself, also a record.  Much of the Classic wagering came in the form of show bets on Shared Belief, which, when he was pulled up and thus finished out of the money, triggered enormous show payouts.  Moreno paid $16 to win and $23.20 to show, while place horse Imperative returned $41.60 to place and $71.20 to show. 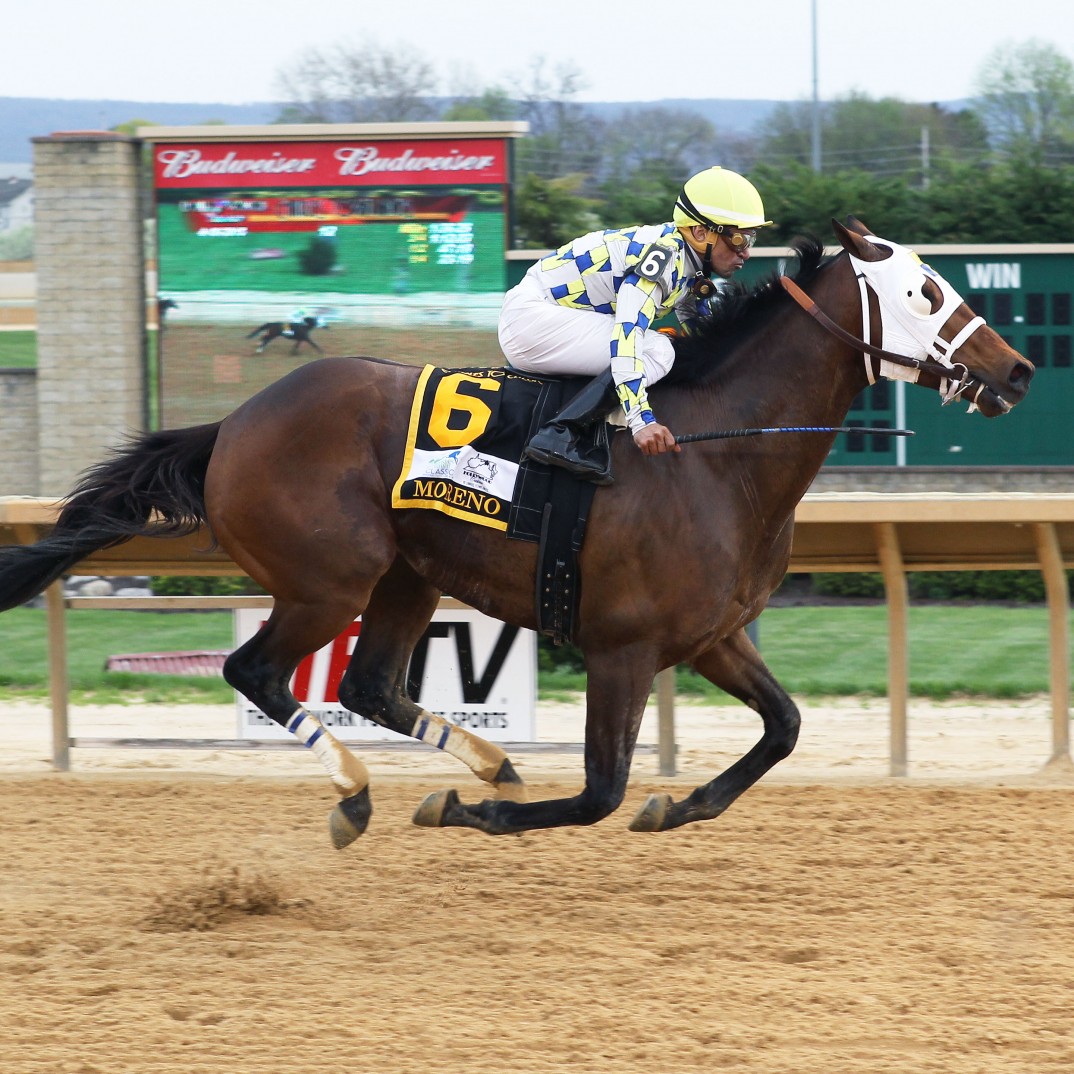 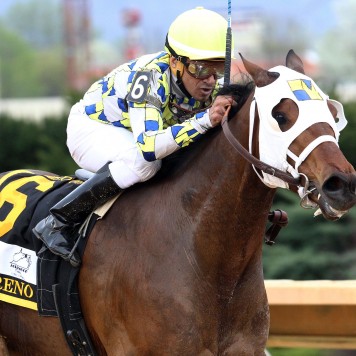 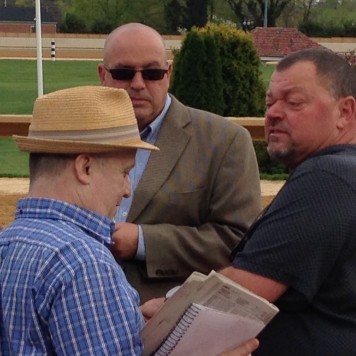 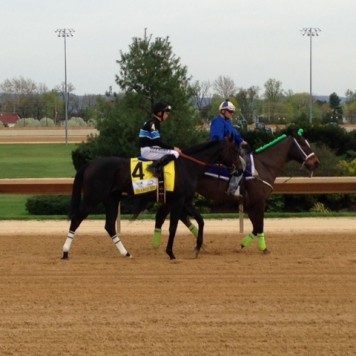