Russell Road leads all the way in Confucius Say 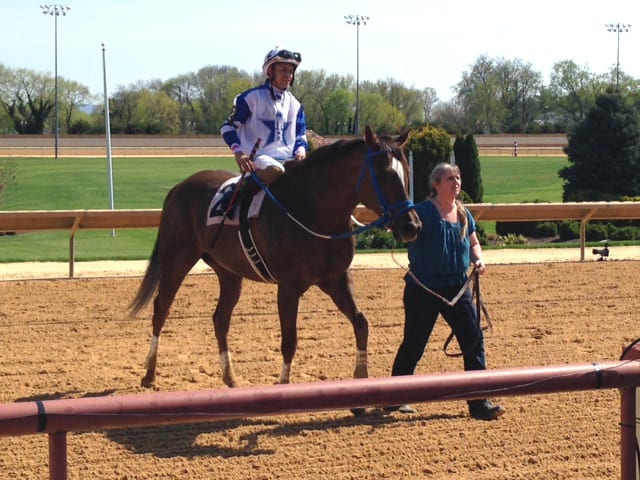 He did it again.

The ageless Russell Road, making the first start of his 2015 campaign, took the measure of his talented younger rival, Lucy’s Bob Boy, for the second straight time.

Today, in the $50,000 Confucius Say Stakes, for West Virginia-breds at Hollywood Casino at Charles Town Races, he left nothing to chance.

The son of Wheaton cleared to the lead immediately under regular rider Jose Montano, opening a three-length gap after a first quarter mile in 23 seconds flat.  From there on, it was smooth sailing, as he cruised to a four-length win in 1:23.96 for seven furlongs.

Lucy’s Bob Boy held on for second, and In the Fairway was third.

“We would not have brought him back if we thought he could not compete at a high level,” said Mark Russell, owner of Russell Road.  “We’re going to try him again from here. We’ll see what happens from here. Most likely an abbreviated schedule, but, after all, he is 9, so we’ll just kind of play it by ear.”