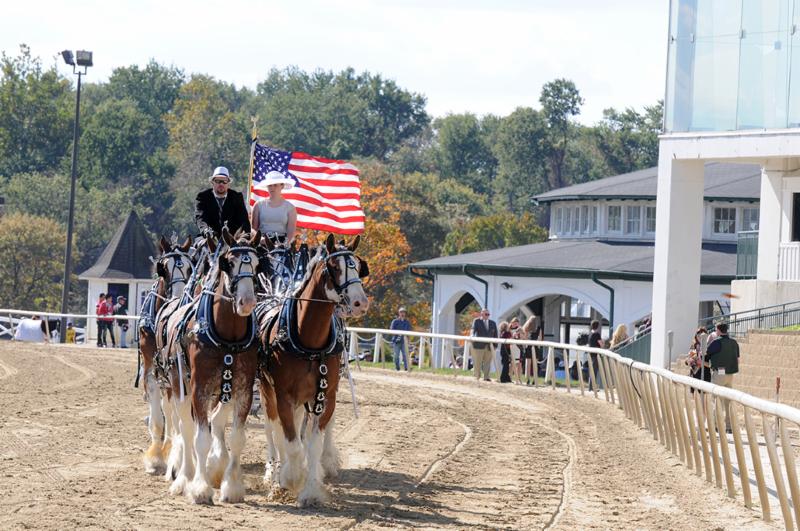 “After participating in the Jim McKay Maryland Million Day festivities in 2013 and 2014, we are excited to be named as the Official Clydesdales of Maryland Million Day in advance of their 30th anniversary event,” said Daniel Mast of Suttler Post Farm Clydesdales.  “The benefit of this partnership is two-fold: our team will act as ambassadors for the Maryland Million program throughout the year and we will have an opportunity to showcase our magnificent horses on Maryland’s Day at the Races.”.

You can see the Suttler Post Farm Clydesdale team throughout the summer at the Casino at Ocean Downs and a number of state fairs. Check the event calendar on their website – SuttlerPostFarm.com – for more details and additional events.

The 30th running of Jim McKay Maryland Million Day will take place on Saturday, October 17th at Laurel Park in Laurel, MD. The event features races for Maryland-sired horses with purses and awards totaling more than $1 million. The idea was originally conceived by well-known sportscaster and longtime Marylander Jim McKay after he attended the first Breeders’ Cup in 1984. The Maryland Million held its inaugural running on October 18, 1986.