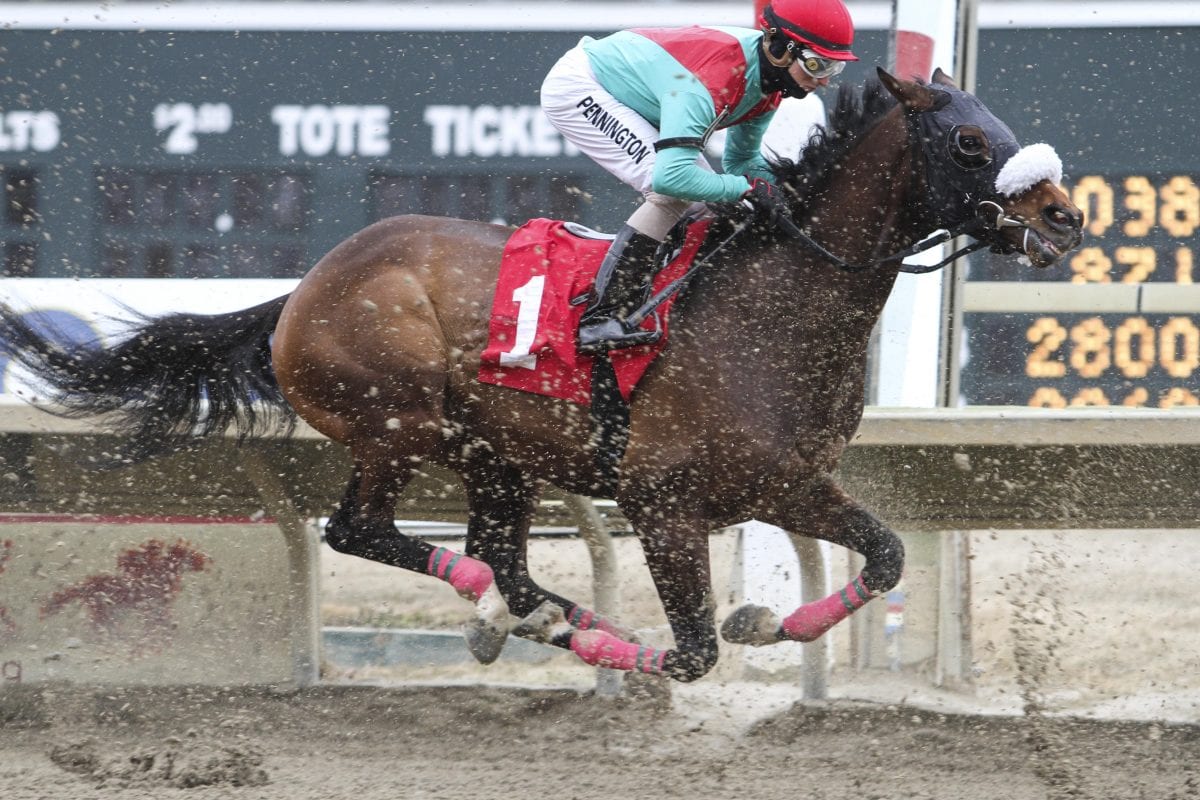 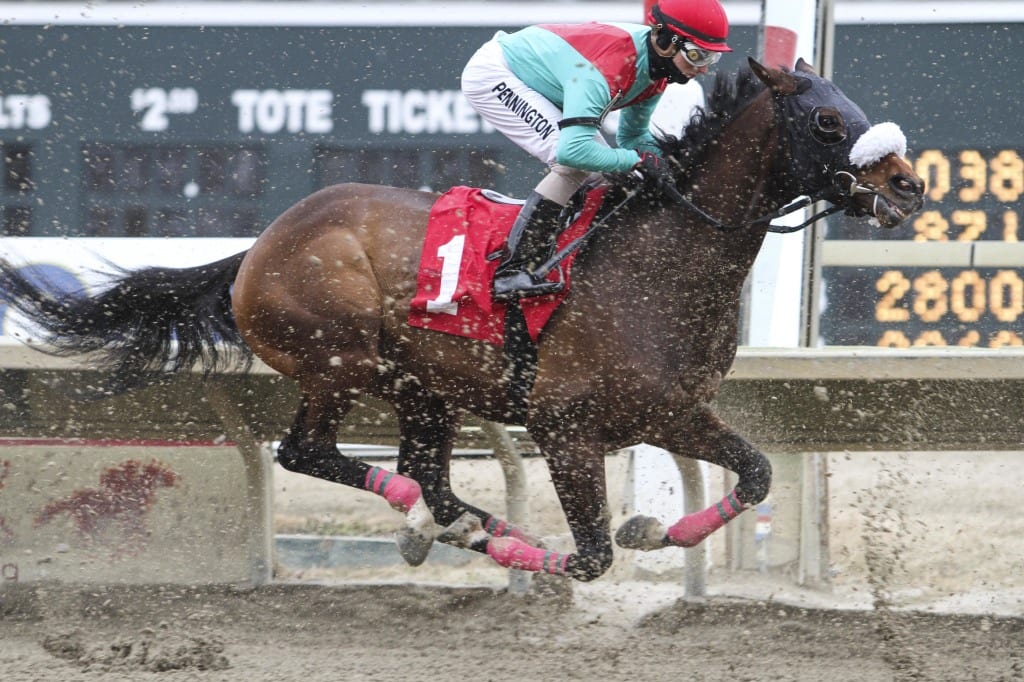 When owner David Wright of the Waldorf Racing Stable and his trainer Marya Montoya dropped the claim slip for Unrivaled at Keeneland Racecourse October 15, winning a nine-way shake, little did they realize how quickly the colt, who cost them just $30,000, would develop.

The son of Super Saver came around so quickly, in fact, that he caught the attention of Barry Irwin’s Team Valor International. The partnership group recently purchased the colt from Wright and is now pointing him towards a start in the Grade 1, $1 million Blue Grass Stakes at Keeneland April 4.

After the claim, Montoya, a longtime Parx Racing conditioner, shipped Unrivaled to her Fair Hill Training Center barn, where she has been based this winter. After a nearly two-month break, she entered the bay in a maiden special weight at Parx December 9, in which he finished second.

He followed that up with a 15-length romp over seven rivals in another maiden special weight at one mile December 23, with the official Equibase chart noting that he won “under wraps” over the “good” track. It was an effort that caught the eye of many observers, including a scout for Team Valor.

“I did not see him break his maiden, but I was made aware of how impressive it was,” said Irwin, its founder and chief executive. Team Valor, which campaigned Kentucky Derby winner Animal Kingdom as well as Breeders’ Cup Juvenile Turf winner Pluck, states on its web site that it has “very high and demanding standards.”

In early March, a deal was finalized between Team Valor and Wright, and Team Valor took ownership of the horse.  They did, however, leave Unrivaled in the care of Montoya.

Unrivaled’s first start for Team Valor came on March 15, and he crushed an allowance group of fellow 3-year-olds going 1-1/16 miles at Parx. Allowed to settle early by jockey Frankie Pennington, he blew past the leaders and won “with something left,” according to the Equibase chart.

“He’s run really good numbers in both his maiden-breaker and the allowance win,” said Montoya, adding that the colt is “the spitting image of Super Saver.”

Irwin said that he plans on keeping Unrivaled with Montoya, and that it made sense to run him next at Keeneland because Montoya feels he wants a tighter track.

“There is also the Wood Memorial, but Aqueduct’s track is like a beach,” said Irwin. “The timing is good for the Blue Grass, and he’s already had a race at Keeneland.”

Irwin said Robbie Albarado has been lined up to ride Unrivaled in the Blue Grass.

Irwin said he’s had success in the past leaving horses he’s purchased with their trainers, such as when Team Valor had Captain Bodgit, second in the 1997 Kentucky Derby and third in that year’s Preakness Stakes, with Maryland-based Gary Capuano.

“As far as I’m concerned, she’s the trainer,” said Irwin of Montoya. “The horse has idiosyncrasies, and she knows him. That means a lot. Everything out of her mouth sounds good – I’ve dealt with trainers who just talk the talk.”

Montoya is following in the footsteps of her father, the late Dennis “Goose” Heimer. Back in the heyday of Keystone Racetrack (now Parx), in the 1970s and 1980s, Heimer was a force to be reckoned with, winning six training titles.

In 1982, Heimer had his best season, winning 130 races to rank ninth nationally. Among the top horses he trained in his roughly 25-year career were Cheating Arthur, Clocks Secret, Kohen Witha K and Two Davids.

Montoya, who is married to Ross Montoya, a member of the Parx starting gate crew, shared her father’s love of the sport, and secured her own trainer’s license in 1996. But Heimer did not live long enough to see his daughter achieve her own success, as he died in 1989 at age 42 of a heart attack, when she was just 14.

Prior to Unrivaled, Montoya trained several other good horses for Wright’s Waldorf Stable, including the stakes-winning marathoner Ever Rider (ARG), who won the $200,000 Temperance Hill Invitational Stakes at Belmont Park in October, a 1-⅝ miles test that gave Montoya her first stakes victory in New York.

Another horse Montoya trains for Waldorf is Rustler Hustler, whom she saddled to victory in the restricted Banjo Picker Sprint Stakes at Parx in September.