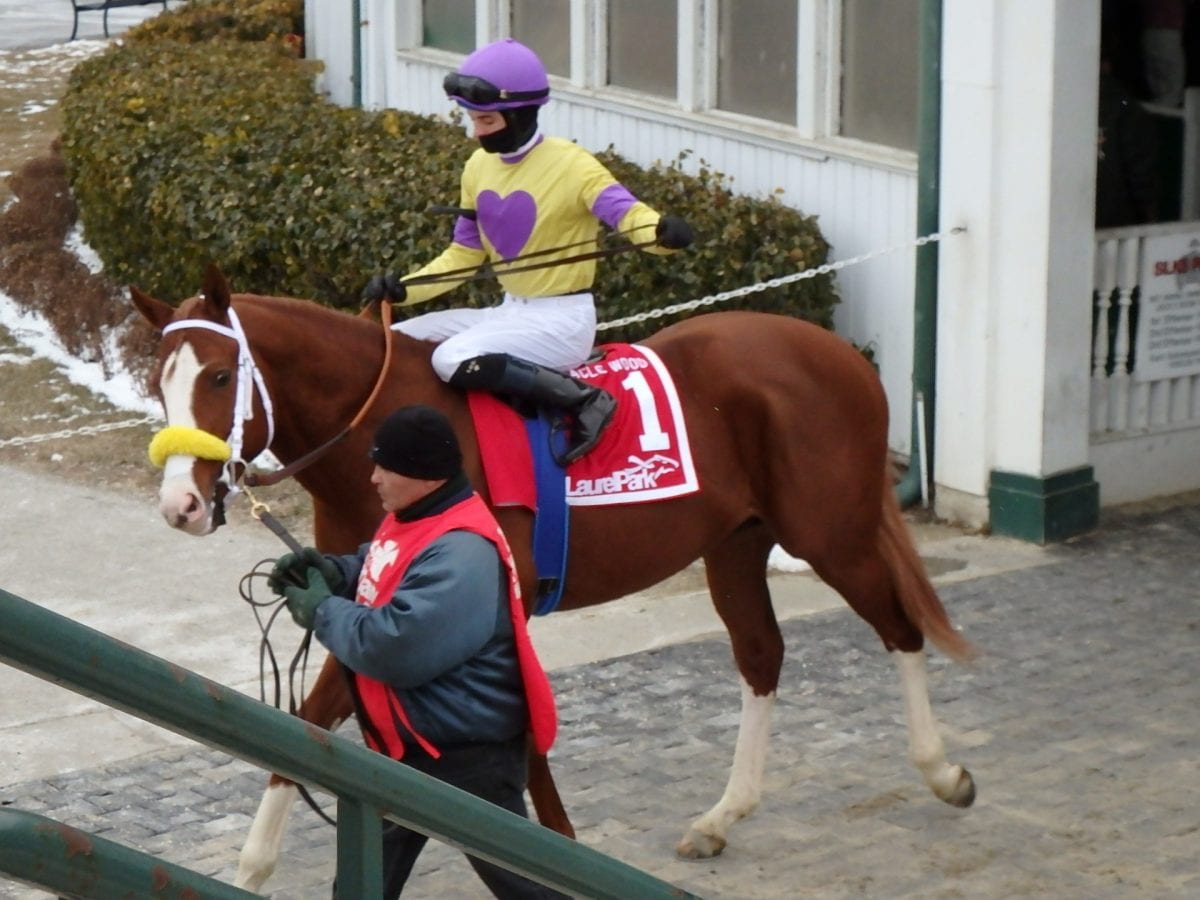 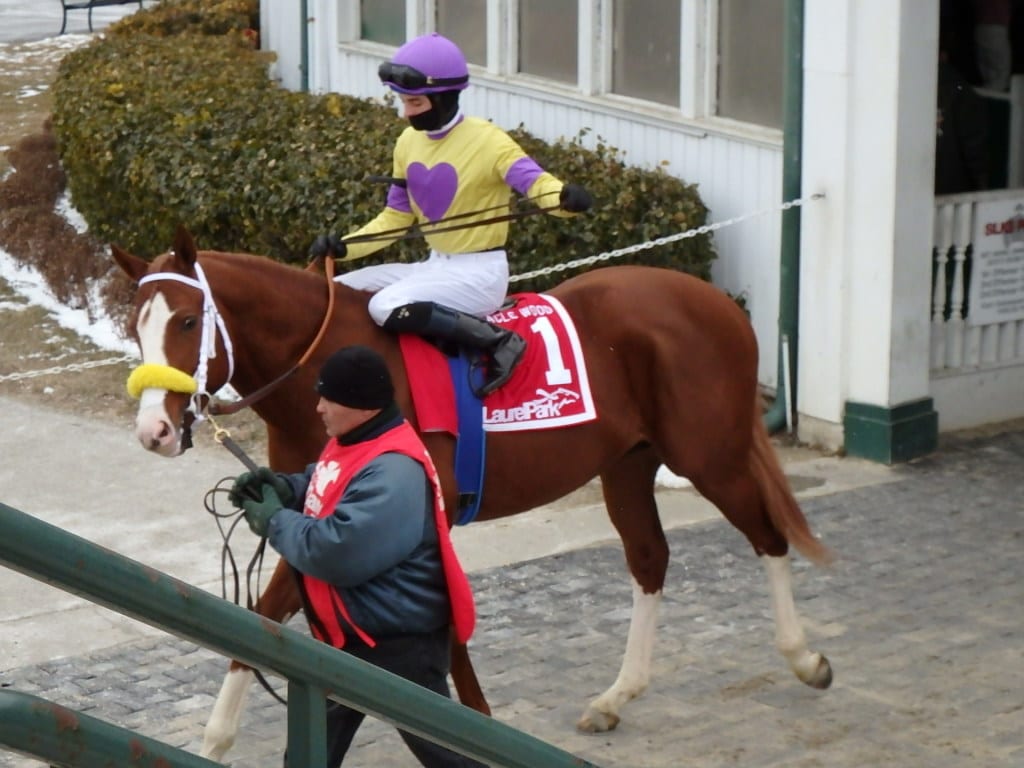 Sheldon Russell rode Combat Diver in the Miracle Wood and will do so again in today’s Gotham. Photo by The Racing Biz.

Excerpt: Jockey Sheldon Russell earned his 1,000th career victory when he piloted Shayjolie to victory in the Cat Cay Stakes at Aqueduct today.

Aqueduct hasn’t been a particularly friendly place to Sheldon Russell.  The 27-year-old rider hadn’t posted a victory at the Big A in any of the last three years, even while racking up 999 career wins.

That all changed today, however.  With Laurel Park having canceled all or most of its card eight times in its last nine race days, Russell found himself at Aqueduct sitting on a milestone victory.

He didn’t wait long to get it.  In today’s third race, the Cat Cay Stakes, Russell piloted Shayjolie to a hard-fought, 3/4 length victory for his 1,000th career triumph.  Russell and Shayjolie sat comfortably a couple of lengths off the early pace set by Holiday’s Jewel and Mylitta in the early going.  Nearing the far turn, Shayjolie bid up to nearly even terms with Holiday’s Jewel and gradually wore that one down to earn the victory.

That gave Russell a win he had earlier described as a “huge accomplishment.”

For Shayjolie, trained by Gary Contessa for owner Sean Shay, it was her first stakes victory in her 12th career race.  She owns a career ledger of 12-3-4-0 and now has earned over $300,000.  The graded stakes-placed daughter of Indian Charlie previously had run sixth in the Maryland Racing Media Stakes at Laurel — a race in which Russell rode Luna Time to a third-place finish.

Russell now has 1,000 career wins from 5,973 starts with purse earnings north $24.4 million.  He has five total mounts on the day at Aqueduct, including horses in the Grade 3 Tom Fool and Grade 3 Gotham later in the card.